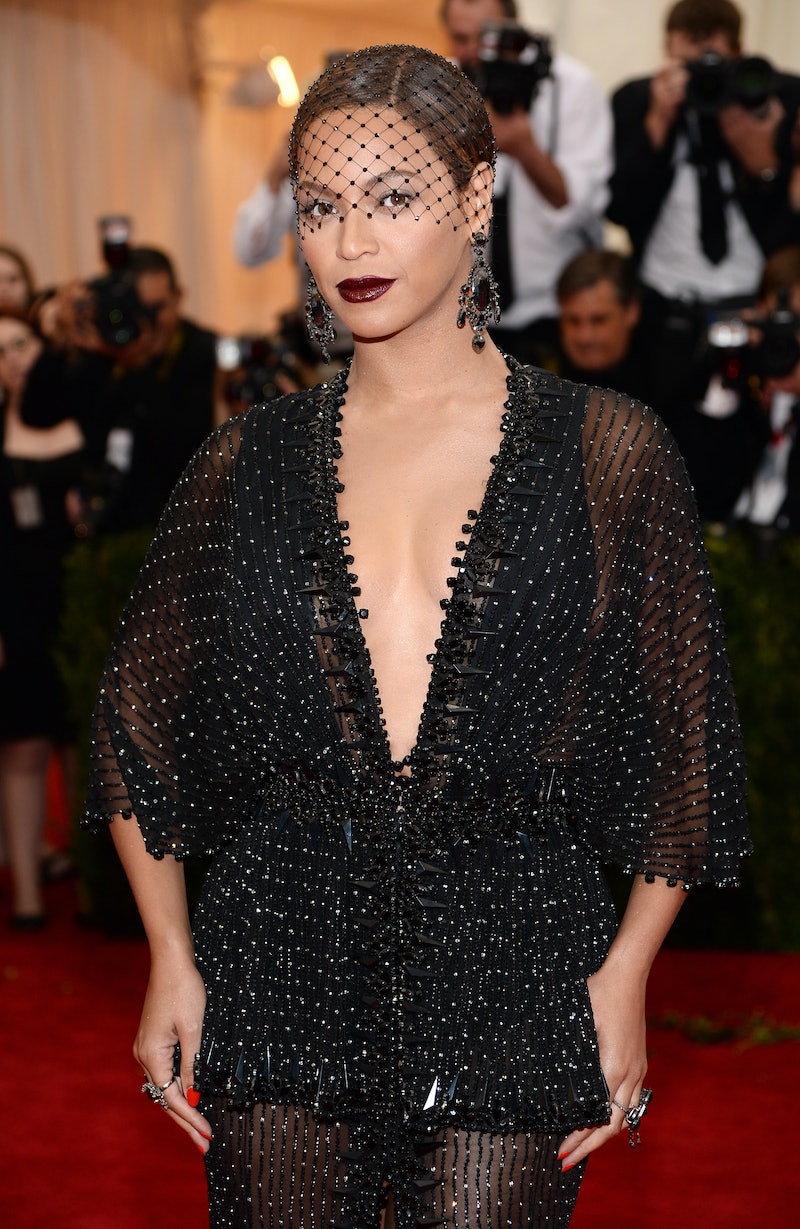 It had been more than two years since Queen Bey graced the world with a new album when that all changed over the weekend. On Saturday evening, Beyoncé dropped Lemonade via an hour-long special on HBO that I am still recovering from, and it was well worth the wait. But even though we've had a few days to digest and dissect the visual album and its lyrics, there are still a lot of questions being raised about the inspiration behind it. Is Beyoncé singing about her marriage to Jay Z, or is it really about her mother's relationship with her father, like some fans are speculating?

Since they tied the knot in 2008, Beyoncé and Jay Z have become music royalty, and their relationship has faced a lot of divorce rumors in recent years. From Elevatorgate at the 2014 Met Gala where Solange allegedly confronted Rachel Roy about her alleged relationship with Jay Z and fueled rumors of an affair, to all of this new music that seems to insinuate Jay Z may have cheated, it's definitely possible that a lot has been going on behind the scenes that the public wasn't privy to until now.

Bustle has reached out to Beyonce and Jay Z regarding the cheating allegations, but has yet to hear back.

Is Lemonade actually written from Beyoncé's real life experiences, or should we just take it as face value as really, really good entertainment? The timeline below could be a step closer to figuring it all out. After Beyoncé was almost written as a love letter, an album like Lemonade with a central theme of betrayal is a huge departure. If it's truly an autobiographical album, something had to have happened between then and now to inspire this music.