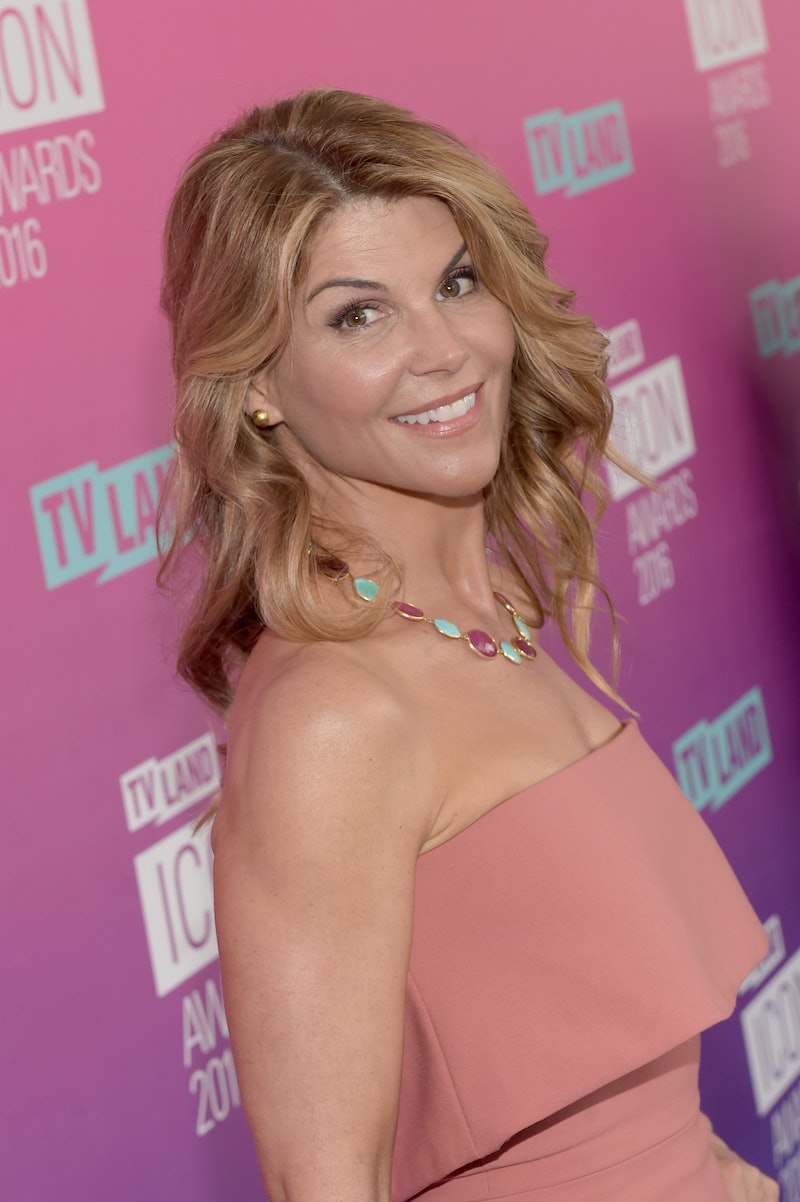 As is expected with any release from Beyoncé, the internet cannot seem to contain itself following the drop of her album Lemonade. Along with an array of politically and socially charged lyrics and themes throughout the album, the mystery of the lyric "Becky with the good hair" from "Sorry" has intrigued fans so much so that they're trying to uncover the identity of this woman. And Full House star Lori Loughlin joined in on the chatter by claiming that Aunt Becky is not "Becky with the good hair."

If you were a Full House fan at all, you know that big hair was a very prevalent character on the show in itself. It was the '90s after all, and the bigger, the better. Aunt Becky was also married to Uncle Jesse and his hair was his pride and joy, so Becky, aka Loughlin, obviously felt compelled to weigh in.

Loughlin's desire to make a statement that is timely and relevant might serve to lighten a bit of the drama that is surrounding the search for Beyoncé's alleged Becky, but for now, here's this '90s Becky and her hair, which was the envy of '90s girls everywhere.

More like this
Becky G Once Had A Fear Of Speaking Spanish. Now She's Topping The Latin Charts.
By Tess Garcia
Harry Styles Performed A Snippet Of Taylor Swift’s “22” & The Crowd Went Wild
By Jake Viswanath
10 Eurovision Moments That Celebrate The Weird & Wonderful Camp Extravaganza
By Sam Ramsden
Jennifer Aniston Joked About Ending 'Friends' With Therapy & Divorce
By Grace Wehniainen
Get Even More From Bustle — Sign Up For The Newsletter