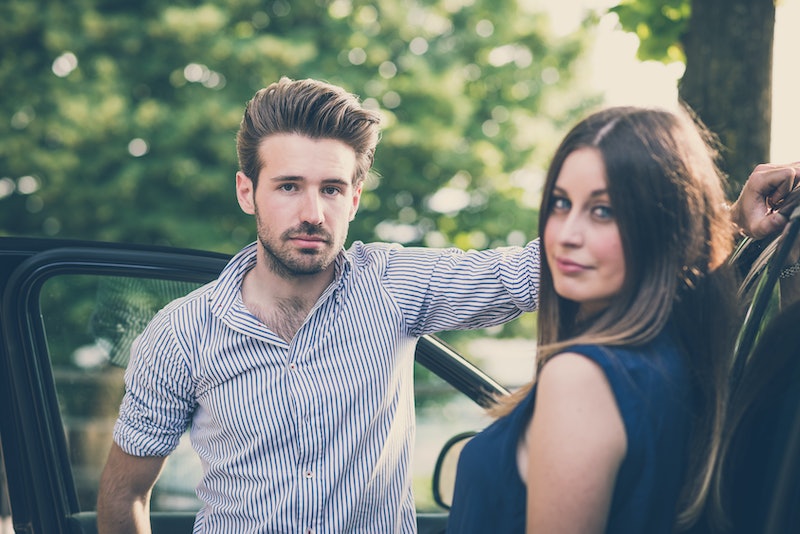 Forget going into business with someone, promising your bestie you'll be friends forever, and even (if you can) forget the fact you signed a 12-month commitment to your gym. Of all the concrete partnerships you make with someone, deciding to build your life with another person is quite the biggie. And yet, more and more people who are actually looking for long-term love stay in dead-end relationships. For whatever reason — societal pressure, fear of going back on Tinder, etc. — the mere fact that you're taken as opposed to on the market, seems more manageable and acceptable. But here's the kicker that might be a tough pill to swallow: the longer you stay in that bad relationship, the longer it'll take you to meet someone who could actually be your long-term match.

Check Out: Should I Stay or Should I Go?: A Guide to Knowing If Your Relationship Can - And Should - Be Saved , $10, Amazon

Need further proof your relationship is on the fast track to a big ole' stop sign — or worse, a very deep ditch you'll have to emotionally dig yourself out of it? Here's what the experts say are big indicators that you're holding onto a relationship that's going nowhere. But first, check out the latest episode of Bustle's Sex and Relationships podcast, I Want It That Way:

1. You're Trying To "Fix" Your Partner

If you're in a relationship with someone who you consider to be a 'work in progress' — you might be in a dead-end relationship. "Women are nurturers—we're both biologically wired and socially reinforced to take care of others. Certainly babies' survival depends on these instincts. But if you find yourself in a relationship with a fixer-upper, you need to redirect your nurturing urges to a more appropriate recipient," Abrell tells Bustle. Why? She says that even if you do get your partner to the state you want them to be in, the relationship is doomed because of the dynamic created from the beginning. "Furthermore, he [or she] is likely to eventually feel resentful of all your care taking, even though he [or she] essentially asked for it," she says.

2. You're Bored With Your Sex Life

Like anything else in a relationship, sex will ebb and flow. But in healthy unions, sex is also the glue that brings you back together when everything else around you is going crazy. That's why psychologist Dr. Melissa Fogel tells Bustle a dwindling, boring sex life that you aren't exactly thrilled to make better is a warning sign. "You may no longer be attracted to your partner or have just gotten to a point where sex is out of the equation. Your sex life has all but disappeared," she says. "That desire you felt for them seems to have faded on one or both of ends."

"Every relationship moves along at its own unique pace but if you're frustrated by the lack of momentum, you could be in a dead-end relationship. You and your partner may be compatible in many ways but if you don't want the same things at this season of your life, you aren't a match," Abrell tells Bustle. She notes that some will hold out in a friends-with-benefits type of relationship, hoping that one day, their partner will want to be committed to them. Or they could date someone who says they don't believe in marriage, hoping they'll change their tune down the road.

"Such tactics rarely bode well in the long run. One divorcé told me, 'I married her because I figured she'd 'earned' it but a few years later, I wanted out,'" Abrell says. "Better to recognize you're in a dead-end relationship and cut your losses than try to force someone in a direction he/she doesn't want to go."

4. You Don't Trust Your Partner

5. Your Deal Breakers Are There But You're Ignoring Them

Sure, your future lifelong partner might not look how you envisioned he or she would when you were five, but there are certain deal breakers that will always be killjoys, regardless of how great everything else is in the relationship. "Your standards are important and necessary! There's absolutely no reason to accept anything in a relationship that doesn't work for you! You have so much to give a relationship so be sure you're receiving in a similar manner," Abrell says. "Women who remain single for a while in their adulthood are often told they're too picky and if they listen to these messages they may find themselves lowering their standards or trying to make a relationship work when it doesn't have what it takes to go the distance."