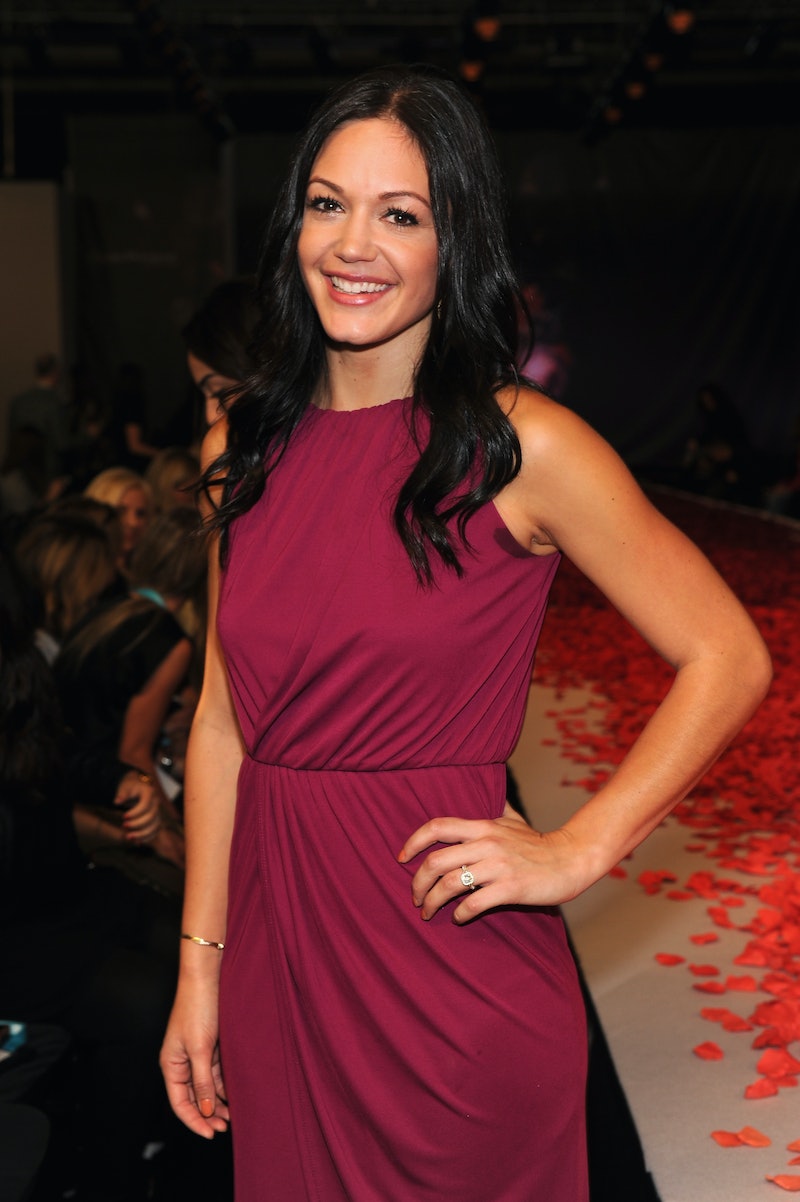 Yet another Bachelor baby is on the way. Former Bachelorette Desiree Hartsock is pregnant with her first child with Chris Siegfried! The 30-year-old reality star confirmed the news to Us Weekly on video. She shared the story of how she and Chris found out they were expecting and it's a tale perfect for a couple who met on an over-the-top television show.

She and Chris were celebrating their first anniversary in Hawaii and Desiree felt like something was up, so she decided to take a pregnancy test. It came back positive and they found out they were expecting on Valentine's Day. (Their actual anniversary is Jan. 18.) See, I told ya. I guess being on The Bachelorette really raises the bar when it comes to dramatic reveals.

Desiree and Chris join the long list of other Bachelor, Bachelorette, and Bachelor in Paradise stars who are currently expecting babies, including Melissa Rycroft, Catherine Giudici, and Ali Fedotowsky. On top of that, both DeAnna Pappas and Ashley Salter recently welcomed children. The Bachelor family is always growing and I can't wait to see the reunion these kids all have some day. And, hey, if The Bachelor is still around (and after a whopping 20 seasons that doesn't seem totally out of the question) maybe in 25 years that can be an edition featuring all the offspring. Of course, it will be hosted by Chris Harrison and Andi Dorfman's daughter Christina Harrison. (A lot could happen in 25 years, OK?!) For now, congrats to Desiree and Chris. You've truly made it through the period where everyone thought you might still breakup.