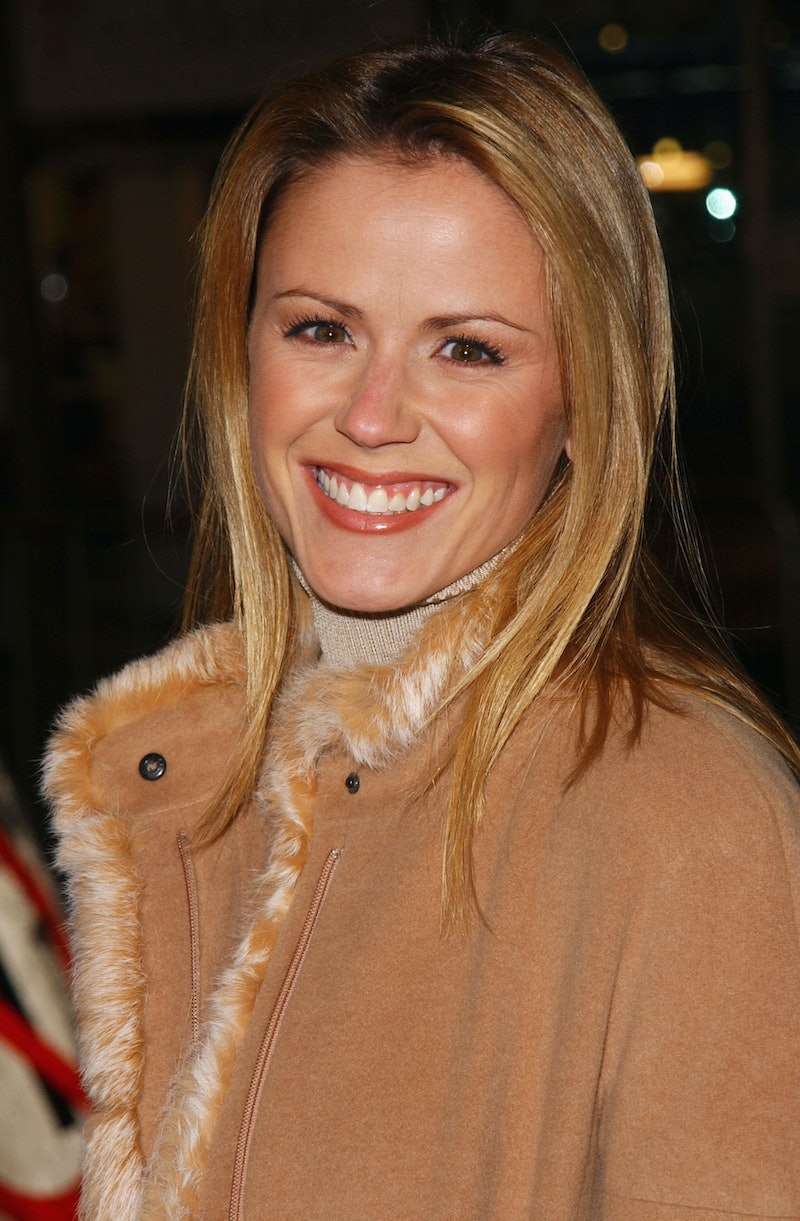 Believe it or not The Bachelor has already been around for 20 seasons. That's a lot of dramatic rose ceremonies! This means that we have seen plenty of contestants come and go throughout the years. Some of the ladies have stuck around to be a part of the franchise's spin-offs like The Bachelorette, Bachelor Pad, and Bachelor in Paradise. And then there are others who not courting tabloids to get their pictures on the cover and have actually fell off the map completely. Regardless of how visible the ex Bachelor contestants have been in the public eye, they have all evolved since their initial reality TV stint and that is abundantly clear, especially when it comes to their sense of style. Most of the ladies look a lot different than they used to back in the day.

Check out what these ex Bachelor contestants look like now to see how much they have changed.

All I can see when I look at this photo is that giant bun of hair on top of Trista's head. Don't get me wrong, she looks beautiful, but I just feel like that's not a style choice that she would make today. Back in her Bachelor days, Trista was a physical therapist based in Miami.

Trista still looks great today. The original Bachelorette is just glowing and straight up killing it. Now she is living a double life as both a stay-at-home mom in Vail, Colorado and a TV personality who makes occasional appearances, on shows such as Good Morning America and Extra.

We have all been there Melissa. Every single one of us tried to pull off that poof at some point in our lives. The only thing that us normal people have over Melissa is the fact that we did not try out that trend on reality television.

Back when she appeared on the show, Melissa was a Dallas Cowboys cheerleader. These days, she's less into the glam, but no matter how dressed up (or down) she is, she still looks great. As for changes in her career, Melissa has conquered Dancing With the Stars and, like many Bachelor stars, endorses products on Instagram.

I guess Jason Mesnick had a thing for the poof back in the day because Molly also rocked this trend along with some sort of belted dress. At the time, Molly was working for a corporate retail company in Milwaukee, Wisconsin.

Nowadays, she's looking flawless with those perfect waves, and I'm sure she has a good sense of humor to laugh at her style faux pas of the past. She is focused on being a mom and hosts a radio show called Bender & Molly.

What's with these Bachelor women and the buns? Before going on The Bachelor, DeAnna had never even seen the show and didn't really want to do it, so it's surprising that she ended up in the final two and eventually became The Bachelorette.

Currently, DeAnna is super pregnant. She didn't find love on any of those reality shows, but her husband Stephen Stagliano is the twin brother of Michael Stagliano who was on Jillian Harris' season of The Bachelorette, so the franchise did help her. She's focused on her family, and you guessed it, endorsing products on Instagram.

Ali famously quit The Bachelor because she did not want to lose her job at Facebook and then she went on to become the Bachelorette herself.

Ali is also currently has a bun in the oven. She has catapulted her reality TV fame into becoming a TV host and she even has a lifestyle website of her own.

Back in the day, Vienna really turned everyone off (except Jake for a little while) when she was acting like the Bachelor villain that season and took a lot of criticism from the fandom.

Now, I barely recognize her with her brunette look! She has become really outspoken against reality TV and has also trained for bikini bodybuilding competitions.

Courtney looked super fancy in her gorgeous gown and long gloves at the final rose ceremony during Ben Flajnik's season of The Bachelor. To say that she caused some waves on her season would be a major understatement, but she survived.

Nowadays, Courtney seems to enjoy a more casual look and it's definitely working for her. And she capitalized on all the reality TV hate by writing a book called I Didn't Come Here to Make Friends .

Things did not work out between Emily and Bachelor Brad, or on her own season of The Bachelorette when she chose Jef Holm.

These days, Emily is still a beauty but rocks longer hair that's a little bit darker. Emily is happily married and out of the reality TV spotlight. Oh, and yes, she's another franchise alum who makes money from posting on Instagram.

Before she was on reality TV, Catherine worked as a graphic designer.

Catherine is, yes, also pregnant these days. (Props to her for walking in those shoes, especially with a bun in the oven!) Yes, Catherine got married on reality TV, but she is still as much of a regular person as she can be, and still working in graphic design.

Lindzi made a very interesting first impression when she showed up to the mansion with her horse in tow.

One thing hasn't changed: Lindzi is still a horse girl, but this more casual look definitely goes along better with a pony. For the most part she has stayed pretty low key. She doesn't even have a public Instagram.

When Tenley first appeared on The Bachelor she was still trying to get over her divorce.

Now, Tenley has a new career path. She has her own website called Sweet & Free Life for health coaching services. She also recently told Bustle that she's entered a new, non- Bachelor , relationship.

These Bachelor alumni have always been gorgeous, but some of them got caught up in the trends of the moment, so it's fun to take a look back and see their old styles. And especially great to see what they're all up to now!