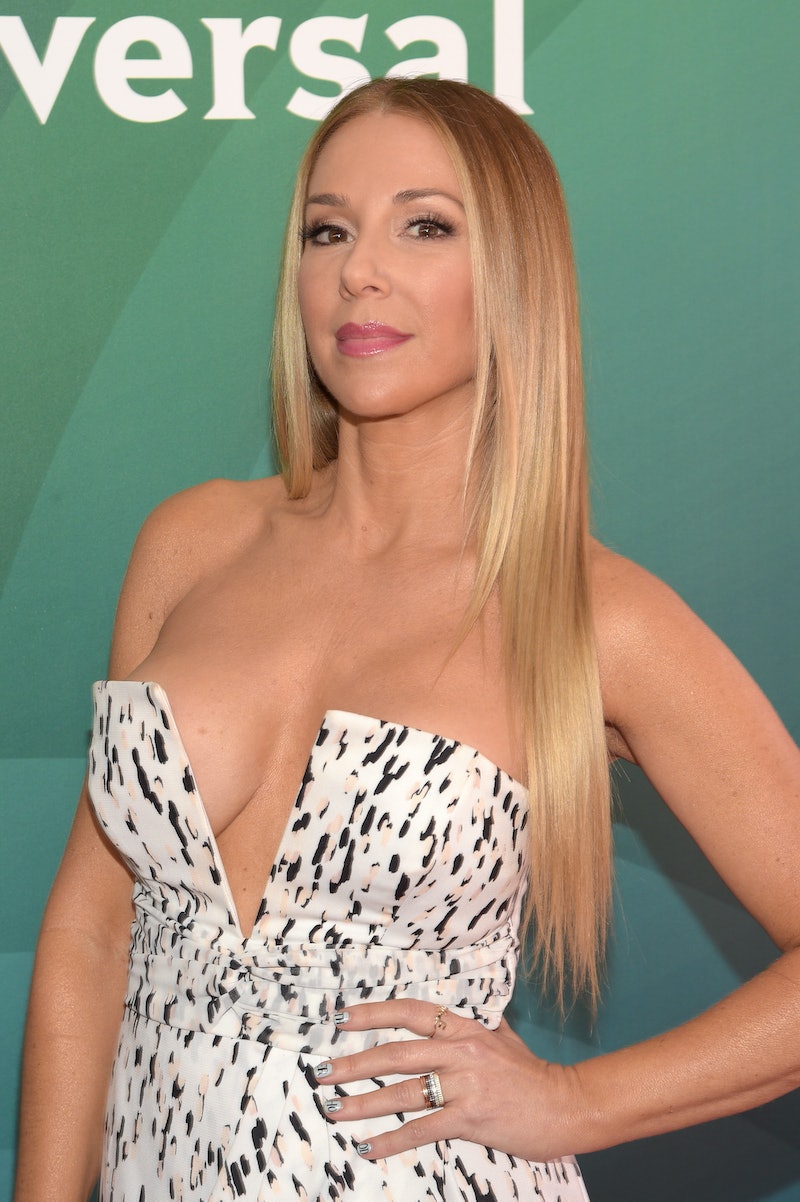 Indubitably, Bravo has debuted a new show that features the life and times of real women, but this time the catch is that they are... wait for it... mothers. Though we can all take a step back to appreciate Andy Cohen's ability to capitalize on pretty much any aspect of the human experience and make it GIF worthy, it is interesting to see just who they feature in this new series, which is called There Goes The Motherhood. One of the mothers has some ties to the Black Eyed Peas, so I want to know who Stefanie Fair is.

Among her fellow cast mates on There Goes The Motherhood are former child stars, models, and fitness gurus, but none combines all three with as much gusto as Stefanie does. Stefanie, who is now the mother to four children under the age of nine years old, according to her Bravo bio, used to be in a girl group called Wild Orchild. And, that band included none other than Miss Fergie, of Black Eyed Peas and "Fergalicious" fame. Get a hold of the outrageous costumes in the pictures featured below, as well as other posts from Mrs. Fair that will let us get to know her a little better.

She Has Her Hands Full

According to her bio on Bravo.com, Stefanie is the mother to three boys and a girl, who are all under the age of nine. Yawning just looking at you, girl.

She's A Big Fan Of The #TBT

And wouldn't you be, too, if your pictures were as great as these? The '90s girl group was voted one of the "Best Girl Groups Of All Time" by US Weekly, but I am just tickled by the fashion of this pic.

She Was A Child Actor

"Stefanie Jill Ridel" was in several TV shows, including Punky Brewster and The Facts of Life , according to Stefanie's IMDb page. Her recent Instagrams show that her children have caught the acting bug as well! I wonder how that will play out on There Goes The Motherhood.

Her Husband Is In The Music Industry

Ron Fair has a resume as extensive and eclectic as his wife's. According to Billboard.com, Fair helped guide the careers of Christina Aguilera, Mary J. Blige, and others, as well as serving as chief creative officer at Virgin Records. He is now the head of Genius Brands International, most famous for their Baby Genius materials, which expose newborns to classical music.

She Is Wise And Insightful

Stefanie seems to have a pretty level head. I think I speak for all of us when I say I wonder if she'll be able to keep it together for the cameras. The intrigue is killing me — bring on more There Goes The Motherhood!