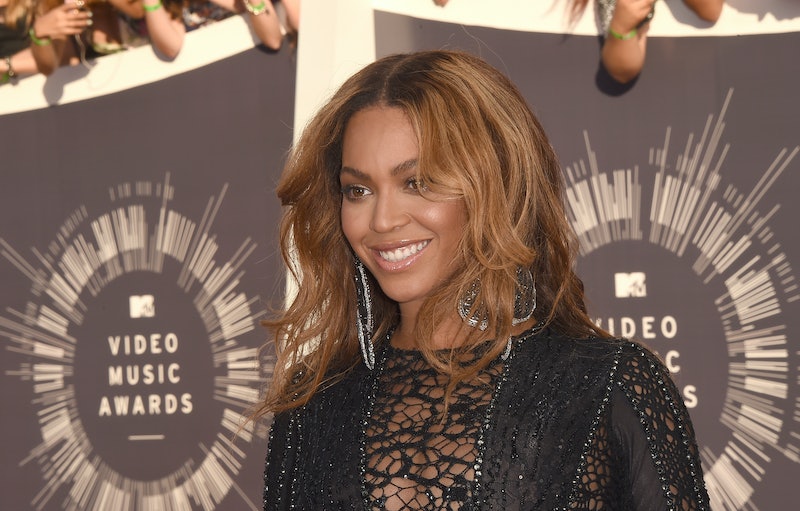 There are a plethora of reasons that I am a fan of Beyoncé's album Lemonade, and as a devout poetry lover, her collaboration with Warsan Shire is definitely one of them. As much as I try to keep up with up-and-coming writers, I had never heard of Shire, but I immediately looked her up once I learned that her poems were included in the interludes in Lemonade, the movie. The words were powerful and the imagery was searing, and I wondered why exactly Beyoncé chose to include Shire's poetry, specifically one part where Beyoncé says she "fasted for 60 days" and "wore white."

When it comes to the use of Shire's words in Lemonade overall, it is likely that Beyoncé connected to her poems and saw that her lines in particular could give fans insight into Beyoncé's life and further her lyrics. Bey has a notorious reputation for being private and keeping fairly mum on all aspects of her life. She has a carefully curated Tumblr and Instagram page and she still manages to rabidly inspire her fans, but she doesn't exactly have the closeness that, say, Katy Perry and Rihanna have with their fan bases. Because of this trait, the specific interlude of Shire's poetry that talks about the fasting stood out to me.

I tried to change. Closed my mouth more, tried to be softer, prettier, less awake. Fasted for 60 days, wore white, abstained from mirrors, abstained from sex, slowly did not speak another word. In that time, my hair, I grew past my ankles. I slept on a mat on the floor. I swallowed a sword. I levitated. Went to the basement, confessed my sins, and was baptized in a river. I got on my knees and said "amen" and said "I mean." I whipped my own back and asked for dominion at your feet. I threw myself into a volcano. I drank the blood and drank the wine. I sat alone and begged and bent at the waist for God.

Much of the speculation around the story of Lemonade is how close her songs are to her real life. Did Jay Z actually cheat on her? Is this story actually about her parents' relationship? Is it a mix of artistic license and pure fiction? When I heard Bey say she "fasted for 60 days" and "slowly did not speak another word," I couldn't help but see the correlation to some events in her own life.

One of the most telling passages was about her "slowly not speaking another word," and it seems to mirror Beyoncé's media radio silence when it came to interviews. When Beyoncé covered the May 2016 issue of Elle, it marked her first major interview in a couple of years. Back in October 2015, she also covered Beat magazine with a very short and fairly tame Q&A. Before that she infamously covered Vogue 's September issue, without an interview.

The New York Times noticed this rare occurrence, saying that in five years of cover stars, Bey was "the only celebrity cover star not to submit to some type of interview." Writer Matthew Schneier noted,

At some imperceptible point around 2013 to 2014, she appears to have stopped giving face-to-face interviews. A member of her team told a reporter in May that despite numerous appearances, she had not answered a direct question in more than a year.

She was probably working on music in private, but most of 2014 was when the rumors of her and Jay Z's marital troubles were in full swing. In October 2014, sources claimed to People that Bey and Jay renewed their vows after some "major problems." Was her media silence the way Beyoncé handled her heartache? Granted, maybe Bey didn't actually swallow a sword or throw herself into a volcano, but anyone who has experienced heartbreak knows that it can feel very much like all of those things, because love hurts.

The fasting line in particular could perhaps allude to the fact that Beyoncé went on a 22-day vegan diet in early 2015; although she did partake in this with Jay Z, after their supposed vow renewal in late 2014. She could have been mourning the shift in their marriage without any of us ever knowing.

Instead of subtweeting with her favorite lines of poetry on Twitter or making comments on Facebook, Beyoncé just made an entire album with them. Go figure. The story behind Lemonade might not be 100 percent true to life — we may never know — but Beyoncé has once again proven her genius in interweaving her reality with the art that inspires her; in this case, Warsan Shire's poetry. Beyoncé has earned the right to be an enigma and speak and express herself in the way she wishes. She has always let her art do the talking, and I will be listening to it and finding meaning in it for a long time to come.

Bustle has reached out to reps for Beyoncé and Jay Z for comment on the cheating allegations, but has not yet heard back.