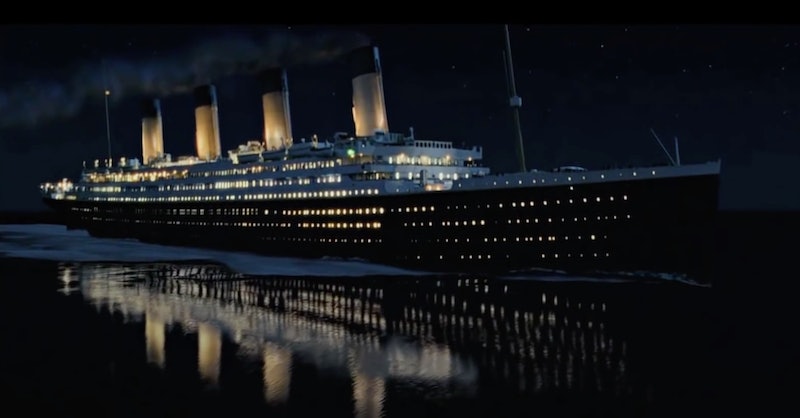 Whoa guys, did you know that the movie Titanic is not a documentary? As someone who has watched that movie at least a hundred times, I can firmly say that everything I know about the Titanic comes from the film. But much as I adore it, I think I need to face the truth: Titanic isn’t historically accurate, and Jack and Rose weren’t real. Instead, there were 1,503 very real people who lost their lives on the Titanic — and it’s time I turned my attention from Kate and Leo to pay them some respect.

The sinking of the Titanic is one of those tragedies that has still caught our attention a century later. OK, so James Cameron’s movie might have had something to do with that — but blockbusters aside, the sinking of the Titanic was a horrifying disaster. Not only were lives tragically lost, the catastrophe also exposed injustices such as class inequality and gender inequality (cries of “reverse sexism” often leave me rolling my eyes, but there’s nothing fair about men being expected to give up their lives in the name of masculine heroism).

The Titanic disaster may have inspired some pretty heart-wrenching fiction, but even more captivating is the truth — and there are a ton of fascinating books about it if you want to find out more.

1. Titanic: Women and Children First by Judith B. Geller

Judith B. Geller's book is a collection of personal interviews with survivors and their relatives, and biographies of the women and children aboard the ship; it even includes some diary entries and letters written by passengers. The book is divided into three sections based on the three classes on the Titanic — and highlights the unfairness of how much survival depended on one's social class.

2. The Loss of the S.S. Titanic by Lawrence Beesley

This incredible book was published mere months after the ship first went down, and was written by one of the survivors. Lawrence Beesley was in his second-class cabin when the ship hit the iceberg, and was lucky to have made it off the boat alive. His experience shows how harrowing that terrible night really was for the passengers.

3. Voices from the Titanic ed. by Geoff Tibballs

In Voices from the Titanic, Geoff Tibballs collected first-hand stories from survivors of the Titanic sinking. They are presented along with official records and investigations into what went wrong, in order to piece together an in-depth account of that fateful night.

4. Voyagers of the Titanic by Richard Davenport-Hines

Voyagers of the Titanic takes a broader approach, investigating the history of a range of people connected with the ship — whether it's industry giants like J.P. Morgan who built and operated it, the aristocrats who traveled first class, or the third-class passengers below deck voyaging to America for a better life.

5. A Night to Remember by Walter Lord

A Night to Remember is one of the most famous nonfiction books about the Titanic, probably due to its absolutely riveting minute-by-minute account of the sinking. It's been more than a hundred years since the Titanic first sent up its unanswered distress flares, but Walter Lord's book brings it to life as if it happened just yesterday.

6. The Night Lives On by Walter Lord

Thirty years after writing A Night to Remember, Walter Lord dove back in — this time digging even deeper into the untold stories of the Titanic. How did it all go so wrong? Lord is determined to find out — and he reveals some fascinating insights in this second book. When James Cameron came to back the Titanic movie in 1997, Walter Lord was his expert consultant. The guy knows his stuff.

7. 101 Things You Thought You Knew About The Titanic But Didn't by Tim Maltin and Eloise Astin

As with any event so mythologized, the sinking of the Titanic has become shrouded with legend — but what actually happened? Tim Maltin and Eloise Astin take on common beliefs about the Titanic tragedy and turn them on their heads to find the truth.

8. And The Band Played On... by Christopher Ward

One of the most romanticized aspects of the Titanic has always been the band that kept playing as the ship sank. Christopher Ward's grandfather was the 21-year-old violinist, Jock Hume, who went down with the ship, leaving his fiancée pregnant with their first child: the author's mother. And the Band Played On is the dramatic story of Jock's death, and the families he left behind. And as Ward delved into his family's history, he uncovered truths about his family that had remained buried for almost a century.

More like this
The 20 Best Audiobooks To Fall Asleep To
By Aoife Hanna and K.W. Colyard
A 'Bridgerton' Star Just Dropped A Major Hint About Joining The Live-Action Barbie Cast
By Bustle UK
Conversations With Friends' Endometriosis Scenes Are As Brutal As It Gets
By Ivana Rihter
The 43 Best Mystery Books To Read Now
By Morgan Leigh Davies
Get Even More From Bustle — Sign Up For The Newsletter