You may have thought that the first half of the Vanderpump Rules reunion was explosive, since Stassi Schroeder quit SUR, Tom Sandoval and Ariana Madix are dating, Kristen Doute is proudly sleeping with a 21-year-old SUR busser named James, among other madness. However, the second half of the Vanderpump Rules reunion, airing tonight, is going to be even more amazing and could possibly reveal a new cast member, due to some social media sleuthing. My first big clue was from the preview trailers, where Kristen and Stassi get into it over the bitch slap heard round the world. And Stassi is actually holding tissues as she cries, which takes this reunion into Real Housewives territory.

However, my second big clue came from taking a sweep of the cast's Instagram and Twitter accounts. You know, casually checking in and seeing if they hinted at anything big that will happen during the reunion tonight.

So apparently, it was Kristen Doute's birthday on Saturday, and her gift to herself was Demi Lovato's self-help book. So she must not exactly be in a great place. Kristen reportedly graduated from high school in 2001, making this her 31st birthday. So a 21-year-old's self-help book being your 31st birthday present to yourself seems kinda sad. C'mon Kristen, don't let that huge slap get you down.

But then, I see that Kristen had a fun night out recently — and I spy Scheana in the picture! So they must be getting along. The picture was titled, "Matty's bday bash @carmendickman @bradxbrad@anthony4516 @maggierattigan @scheanamarie."

Moseying on over to Jax Taylor, he instagrammed a quote that says, "Believe none of what you hear and only half of what you see" with a caption that says "#truth." Thanks for prepping us for tonight, Jax.

BUT WAIT. Jax also Instagrammed a picture of a cute blonde-haired girl with the caption, "Yeah .. This is my girlfriend #luckyguy@carmendickman."

WHOOOOA. So this is Jax's new girlfriend. That's great. (And we also have to wonder if she is aware of his reputation. At all.) But wait a darned minute...wasn't Carmen Dickman also tagged in Kristen's photo? So does that mean that Kristen and Jax's new girlfriend are friends, even though Jax and Kristen slept together TWICE? My mind is spinning.

Scheana reminded us that she's the queen bee with a picture that says, "#regram @pumprules reunion part 2 Monday night!!!#pumprules."

BUT WAIT A DARN TOOTIN' MINUTE. Scheana is friends with this so-called Carmen Dickman, too! "Hanging with my girl @carmendickman! #pumprules."

Your girl? Is she your new bestie? Is Ariana out? What does this all MEAN? Where did you come from? This is truly a SUR web tangled on social media that I must get to the bottom of.

Katie Maloney is acting like her usual la-la-la self, except she made an announcement alongside two computers with makeup products scattered around them. "Tomorrow I will share what this is all about. #puckerup."

Is Katie starting a make-up line? Oof. Just as long as it's not a hair-dye line. I still don't know how I truly feel about her suddenly orange hair and experimental buns.

And Stassi does not give a fuhhhhh. She's over SUR peeps and loves her new boyfriend, Patrick Meagher.

But REALLY, WHO IS CARMEN? Well, she's reportedly 23-years-old and a bartender at SUR. Jax just loooooves the SUR dating pool, apparently. Carmen describes herself on Twitter as this: "I love dogs, wine and good company. Cali girl with a Canadian heart. Take every opportunity to laugh. Always on the run."

So does this mean that Carmen will be taking Stassi's spot on the show? Will she be a friend or foe to the rest of the cast? And if Kristen and Carmen are friends, does that mean that Kristen and Jax will be friends again?

AGH. Hopefully they will make an announcement about it tonight or else my head is going to burst and I'll just be forced to listen to "Good as Gold" until Season 3 starts.

You can watch the preview for tonight's reunion below: 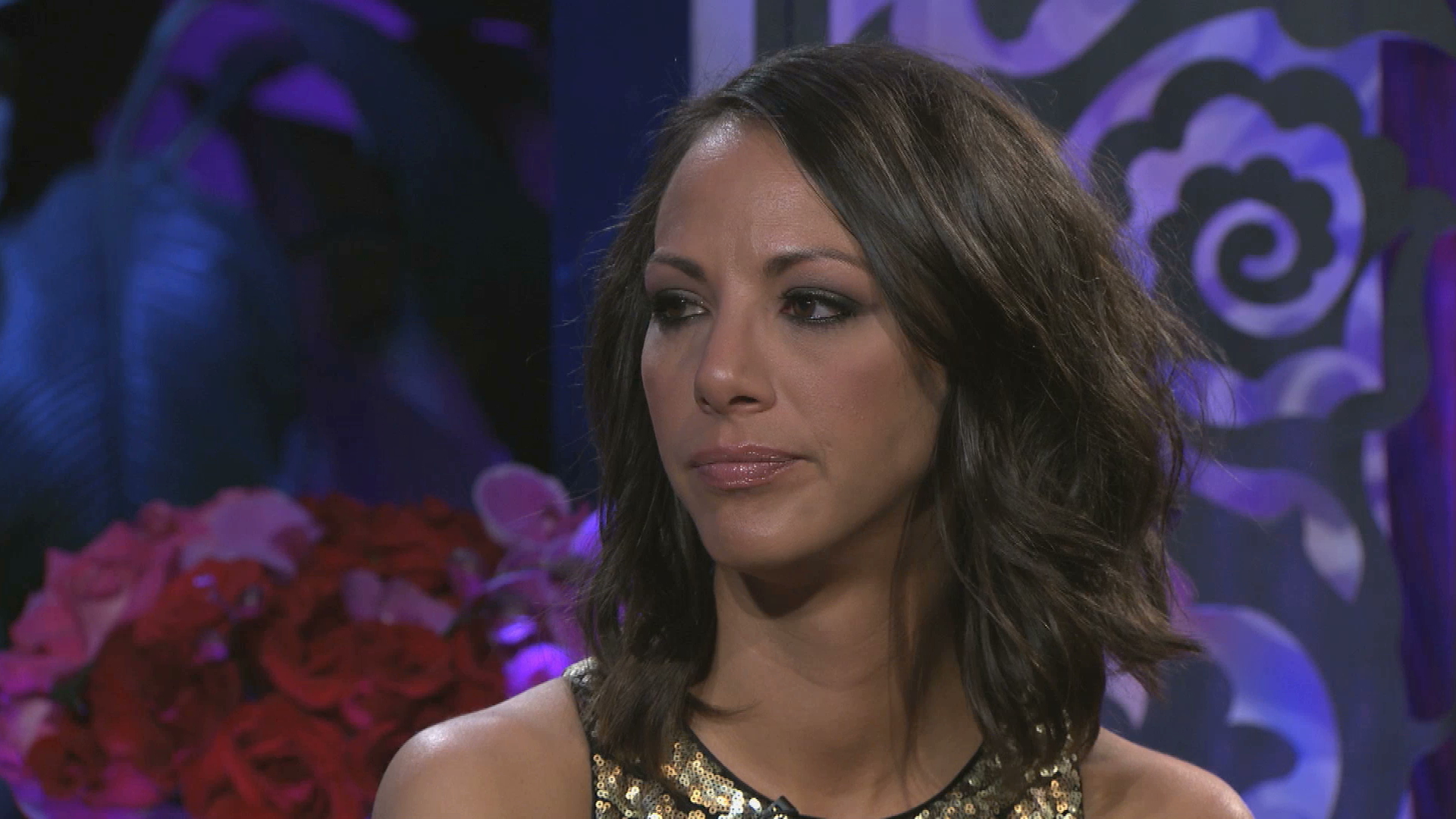