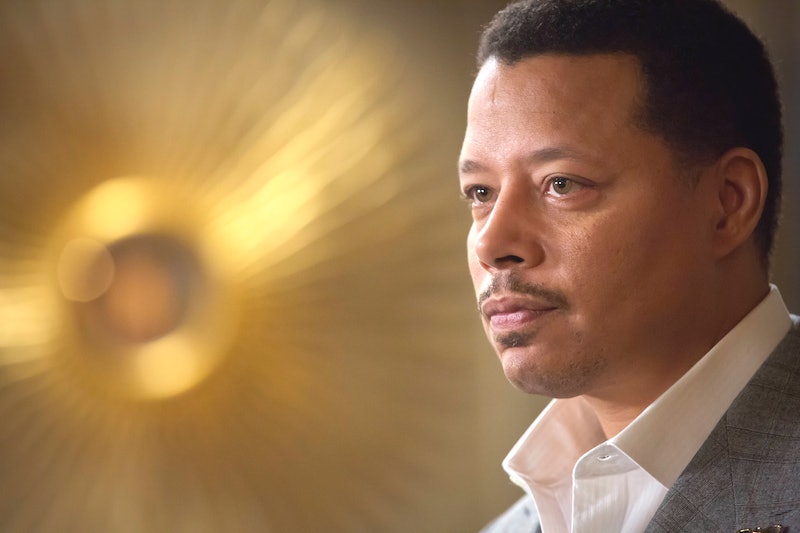 Empire viewers won’t even pretend that Lucious Lyon is a kind character, but recent episodes have revealed that he has done something particularly cold, even for him — lying about his mother’s death. Lucious’ mother, Leah Walker, is alive on Empire, actually living in a group home for older people with mental illnesses just outside of Philadelphia, despite the headstone bearing her name that he showed Andre. There could be a variety of reasons why Lucious lied about her death, namely that his mother didn’t fit into his public persona, or that he was so embarrassed of her that he didn’t want anyone to find her. See, Lucious has shown a deep disgust of mental illness, which just makes his explotiation of others' disorders for his own his benefit more disturbing.

Like Leah, Lucious' son Andre suffers from bipolar disorder. It’s not a secret in the family, but it’s definitely something that’s not talked about openly. Andre is clearly the most capable of the three sons to run Empire Enterprises, but Lucious keeps him at arm’s length because of his bipolar disorder. Andre went off his meds, Andre went back on his meds, Andre found religion, Andre lost religion, and the whole time, Lucious did nothing but sneer at him. It's now clear that the eldest Lyon son reminds Lucious of Leah — the woman who played Russian roulette in front of him and bought Christmas presents in July despite the fact that they wouldn’t have money for rent that month. Leah Walker isn’t a bad person, she just didn't have the support and treatment she needed, but Lucious chooses to paint her as such. It goes better with his narrative, and lumping Andre in with his mother stops Lucious from confronting the fact that mental illness runs in his family.

Yet despite his unwillingness to acknowledge this, Lucious uses his family's struggles to his advantage. Take for example when Lucious brought Andre to Leah’s "grave" to tell his son that he was proud of him and for Andre to have a talk with his dearly departed grandmother. That was all just a way for Lucious to try and get Andre to side with him as CEO —but don't worry, Andre saw through all that.

Then when Andre proposed that Empire Enterprises host an event to benefit the National Alliance for Bipolar Disorder, during which he would publicly announce that he is bipolar, Lucious was all about it. But his support of this plan had nothing to do with actually wanting to help Andre. It's because this event would make Lucious look strong and caring to have fought this battle with his son. Lucious has also used the stories of his mother’s neglect to perpetuate the image that he had a bad childhood and tragic circumstances took his mother from him too young. He even used this history to try and beat Jamal out of an ASA, telling guests at a party that his song “Boom x4” was about mental illness. Sure, Lucious. Whatever you say.

Too bad for Lucious that the cat is now out of the bag — Andre knows that Leah Walker is alive and well. What I want to know is — what will Andre do now? He’s been lied to and manipulated because of Lucious’ wild stories. If Leah is alive, which of the memories told in flashback are even true? Lucious could have easily made some of those up, too. One thing that's certain is that Andre will make Lucious pay for rejecting him and his grandmother all these years. Exactly how remains to be seen, but I’m sure Andre and Rhonda will come up with something perfectly suited to take down a cruel man like Lucious.