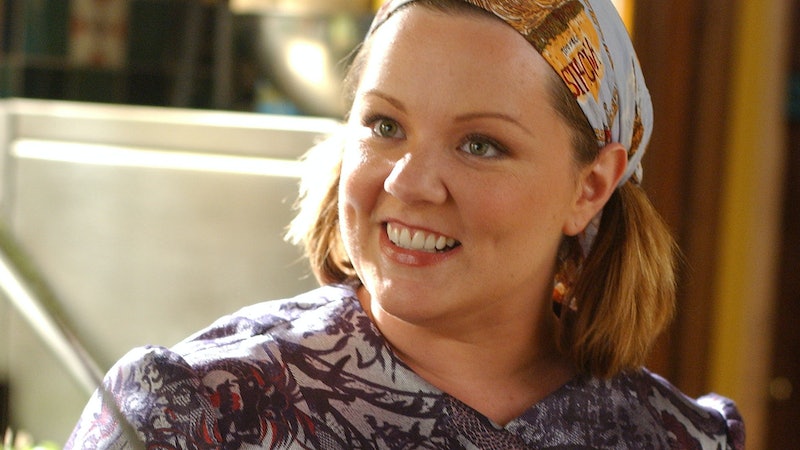 Sookie St. James definitely taught us how to eat, but she also taught us how to live. Re-watch the original seven seasons of Gilmore Girls, and you realize that Sookie had a lot of wisdom she was quietly sharing with the rest of us. Wisdom we may have possibly missed while we were too busy trying to study the ways in which we too could become a Gilmore girl. But Sookie always seemed like the adult in the room who had herself together, even when things seemed to be falling apart for Lorelai.

Sookie found pride in her work, love in her life, and happiness in being a mom. Through it all, she managed to balance all three of those things and still be a good friend to Lorelai — scratch that, the best friend. This is no easy feat, as any woman can attest to. That's why, before Sookie returns to Stars Hollow in the upcoming Netflix revival, we need to look back at the lessons she taught us about being a renaissance woman who could cook the bacon — the perfect temperature and consistency, naturally — and bring it home, too.

Here are 13 examples of how you too can live life the Sookie way.

Sookie had a passion for cooking that was obvious in nearly every episode of the show. She lived to come up with new recipes, sometimes ditching current menus to re-create a whole new one that she thought was better. Watching Sookie was like watching a master at work, and who doesn't want to be the master of their own work domain? Sookie taught us that was possible, if you just keep loving what you do.

2. Take Pride In Your Work

Sookie wanted to be the best so bad that after, earning a so-so review from one critic who didn't seem to love her magic risotto (he just really liked it), she went to the him house and made him try the meal again. Sure, that could have backfired, but, in her case, the critic admitted he may have been wrong. It was all about the wine pairing, people.

When Sookie wasn't able to physically be at the Dragonfly because she was put on bed rest Luke helps out. But that doesn't mean Sookie's just going to lay down and let him sully her name. No, instead she keeps track of all he's cooking through a secret spy. Yes, we don't suggest this, but we do think it's an example of how much she respects the art of cooking that she wants to make sure Luke's standards are of the highest caliber.

If you do, there will be expensive flowers, very big bands, and giant dancing papier mâche mushrooms. This is all fine and well for someone with a lot of money, and, perhaps, some questionable taste, but, as Sookie soon learns, this is not the kind of wedding she wanted. See, Sookie is not a Gilmore; she's a St. James. And she needed to have a wedding that expressed that.

5. Food Doesn't Have To Be Boring

From a graduation cake filled with chocolate-covered espresso beans (Lorelai's of course) to dessert sushi, Sookie always made it clear that food should be fun. While recipes are there to guide you, there's nothing wrong with putting your own spin on things. Chef Sookie basically demands it.

6. Accidents Happen And Sometimes They're Delicious

Especially to Sookie in her kitchen. She's lit things, including herself, on fire. She's cut the back of her chef's jacket with a flying knife (Don't even ask.) But she's quick to move on. Probably because she's unaware what's happening, but still she's not crying over any spilled milk. Sometimes those spills will also lead to delicious food pairings. Just like that time Sookie dropped cajun spice into her hollandaise sauce, giving the lucky diners at the Inn a chance to try Cajun Eggs Benedict. As Sookie said, “How do you think they invented the Reese’s cup and penicillin, my friend?”

7. When Deep Frying A Turkey, Always Have Alcohol On Hand

Sookie would tell you to never deep fry a turkey, "Fillet of fish? Yes. A batch of fries? Yes. A donut? Yes. Not turkey." But if, like her, your husband and his family decide to do something so blasphemous — on her front lawn, none the less — you better have alcohol on hand and lots of it. Preferably tequila for all the margaritas you're going to be drinking. Just don't plan to drink and deep fry. That could be dangerous.

Dating isn't easy, especially when you're a career-driven women, but, as Sookie shows us, you can't be afraid of love. You can't put off dating for fear it won't work out; you have to jump right in. And it's good thing Sookie did, since the produce guy she had a crush on ended up being the love of her life. And the revival better keep Sookie and Jackson together, if they know what's good for them.

9. But Also Be Aware Of Office Romances

When Sookie does decide to date Jackson, who also happens to be her produce supplier, she worries that a bad date could actually affect her job. She then starts to worry that asking him out at all could be considered sexual harassment. Sookie's concerns were ones that any good boss may wonder, but Lorelai was there to let her know that, if things don't work out, they'll get another produce guy. Luckily, this was the first, last, and only time Sookie had to worry about this. Of course, marrying your produce guy could be seen as a conflict of interest, but I see it as the perfect way to make sure you get all the best produce 'til death do you part.

10. Chocolate Is The Answer

Toblerone, to be exact. At least according to Sookie, when she was pregnant with Martha. She would hole up at the Dragonfly with a bunch of Toblerones and an hour of Dark Shadows. “It was an hour all to myself,” she said. While Lorelai said Sookie should have just talked about having some time off, I agree that, sometimes, you need to have some me time with a whole lot of chocolate.

You know what's best for you, something Sookie learns when she second guesses her decision to put sugared daffodils on her wedding cake. It was the right choice for her, and she knew that from the get-go. She also knew that she should walk down the aisle to the saddest song, "I Can't Get Started" by Ella Fitzgerald, despite the fact no one else agreed. You gotta do you, and Sookie always did.

12. Find Someone In Your Life Who Will Help You Get Rid Of Large Amounts Of Weed

You know how I know Sookie and Jackson were made for each other? The two didn't think twice before banding together to remove the 30 pounds of weed that someone was growing in their garden. That's a partnership I can get behind. (Though I still wonder where exactly they threw all that weed.)

No matter what they say, lunch is really the most important meal of the day. Don't let anyone take it away from you, even if the budget just doesn't allow for it. We got you Sookie. We got out.

The show may be called the Gilmore Girls, but this is the gospel according just one girl named Sookie. I recommend you study it.

More like this
18 Unanswered Questions From 'The Hills' That Still Haunt Us Today
By Ivana Rihter
Emma Thompson, Lashana Lynch, & Stephen Graham Lead Netflix’s 'Matilda'
By Sophie McEvoy
Why You Loved 'One Tree Hill' So Much — And Still Do
By Sabienna Bowman and Radhika Menon
Neil Patrick Harris Will Play 'Doctor Who's “Greatest Enemy” Yet
By El Hunt
Get Even More From Bustle — Sign Up For The Newsletter