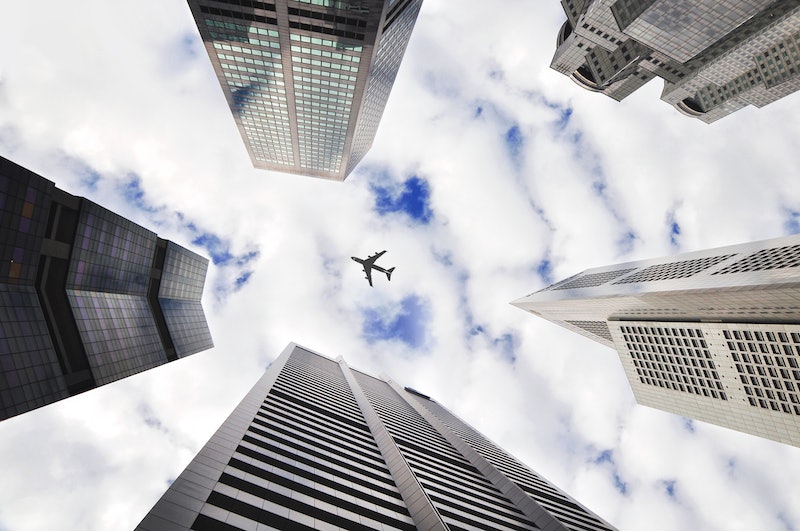 You've probably heard about the "immigrant novel." It's unfortunate that we lump all books about immigrant experiences into one category, as though they're a singular genre—really, there are so many different novels out there about immigrating and finding home in a new country. And there are some truly wonderful quotes from talented writers about the experience of immigration.

But, since all people are wildly different, all so-called immigrant novels are very, very different (if you don't think people are different, ask for an opinion poll on Severus Snape at the next party you attend). There are novels like Chimamanda Ngozi Adichie's Americanah , which deals with life, love, immigration and (spoiler alert) returning home again with a new perspective. There are novels like Brooklyn by Colm Tóibín, which deals with immigrating to America at the turn of the last century, returning home again, and finally (spoiler alert) returning to American again. And there are novels like the vastly underrated Seasons of Flight by Manjushree Thapa, which deals with immigrating, being super over the idea of immigration, and (spoiler alert) butterfly conservation.

So if you're interested in a wide array of experiences, here are some quotes from novels about immigration:

1. Alexa and the other guests, and perhaps even Georgina, all understood the fleeing from war, from the kind of poverty that crushed human souls, but they would not understand the need to escape from the oppressive lethargy of choicelessness. They would not understand why people like him who were raised well fed and watered but mired in dissatisfaction, conditioned from birth to look towards somewhere else, eternally convinced that real lives happened in that somewhere else, were now resolved to do dangerous things, illegal things, so as to leave, none of them starving, or raped, or from burned villages, but merely hungry for for choice and certainty.

2. The truth is, immigrants tend to be more American than people born here.

3. And then it occurs to me. They are frightened. In me, they see their own daughters, just as ignorant, just as unmindful of all the truths and hopes they have brought to America. They see daughters who grow impatient when their mothers talk in Chinese, who think they are stupid when they explain things in fractured English. They see that joy and luck do not mean the same to their daughters, that to these closed American-born minds "joy luck" is not a word, it does not exist.

4. These days, it feels to me like you make a devil's pact when you walk into this country. You hand over your passport at the check-in, you get stamped, you want to make a little money, get yourself started... but you mean to go back! Who would want to stay? Cold, wet, miserable; terrible food, dreadful newspapers—who would want to stay? In a place where you are never welcomed, only tolerated. Just tolerated. Like you are an animal finally house-trained.

5. ...being a foreigner Ashima is beginning to realize, is a sort of lifelong pregnancy—a perpetual wait, a constant burden, a continuous feeling out of sorts. It is an ongoing responsibility, a parenthesis in what had once been an ordinary life, only to discover that previous life has vanished, replaced by something more complicated and demanding. Like pregnancy, being a foreigner, Ashima believes, is something that elicits the same curiosity of from strangers, the same combination of pity and respect.

6. All Americans have something lonely about them. I don't know what the reason might be, except maybe that they're all descended from immigrants.

― Ryū Murakami, In the Miso Soup

7. She was nobody here. It was not just that she had no friends and family; it was rather that she was a ghost in this room, in the streets on the way to work, on the shop floor. Nothing meant anything.

8. Lady and gentleman, when my parents left Korea with nothing but the clothes on their backs and the considerable wealth they had amassed in the shipping business, they had a dream. They had a dream that one day amid the snowy hilltops of western North Carolina, their son would lose his virginity to a cheerleader in the woman's bathroom of a Waffle House just off the interstate.

9. When we undertake the pilgrimage, it's not just to escape the tyranny at home but also to reach to the depths of our souls. The day arrives when the guilty must return to save those who could not find the courage to leave.

10. The constant cry is that you belong here, or you make yourself belong, or you must go.

11. Maybe it’s the instinct of every immigrant, born of necessity or of longing: Someplace else will be better than here. And the condition: if only I can get to that place.

12. No fiction, no myths, no lies, no tangled webs—this is how Irie imagined her homeland. Because homeland is one of the magical fantasy words like unicorn and soul and infinity that have now passed into language.

More like this
16 Novels That Paint A Realistic Portrait Of Abortion
By K.W. Colyard
Aesop's Queer Library Is Open
By Tomi Otekunrin
5 Gripping Books To Read From Women’s Prize For Fiction Winner Ruth Ozeki
By El Hunt
At 14, Jenny Han Wrote Rom-Coms About Her Friends & Fan Mail To Leo DiCaprio
By Alyssa Lapid
Get Even More From Bustle — Sign Up For The Newsletter