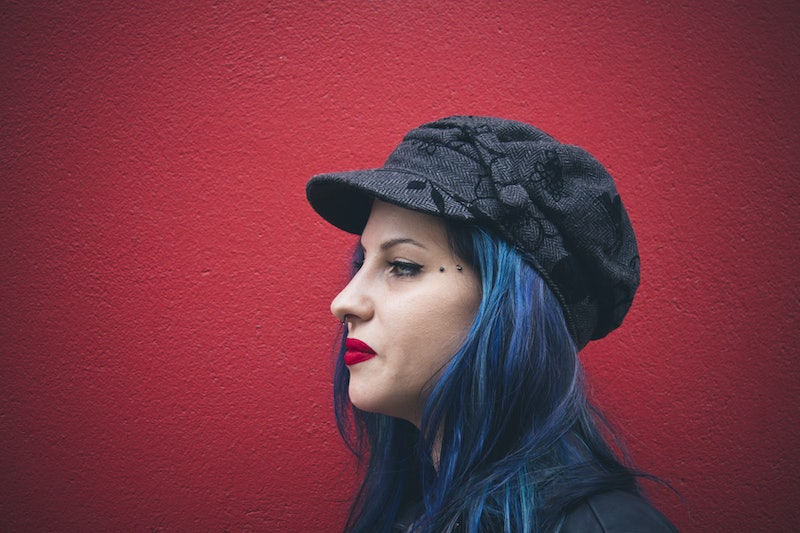 When it comes to sexual orientation, you are probably familiar with heterosexual, homosexual, and bisexual identities. But what does it mean to be monosexual? Monosexuality is a term often used in academia as a direct contrast to bisexuality. To be monosexual means to be sexually and/or romantically attracted to only one sex or gender. So whether you are homosexual or heterosexual, you are monosexual. But if you identify as bi, pan, fluid, or queer, then you are considered non-monosexual.

For a long time, monosexuality was considered the norm — especially in terms of heterosexuality. According to a 1953 study by the famous sexologist Alfred Kinsey, 63 percent of surveyed males and 87 percent of surveyed females identified as "exclusively heterosexual." The Kinsey Scale, developed by the social scientist and his colleagues, measures sexuality on a spectrum that ranges from 0-6; the numbers depict a scale that goes from exclusively heterosexual to exclusively homosexual (or monosexual) with more fluid orientations in between.

New studies show that monosexual identities are less and less common, especially among the younger generation. In March 2016, the J. Walter Thompson Innovation Group found that less than half of surveyed teenagers identified as completely straight — only 48 percent, to be exact. On top of that, more than one-third of teenagers expressed an identity ranging from numbers 1-5 on the Kinsey Scale, which, according to Mic, "indicates differing levels of bisexuality," or non-monosexual identities.

A 2015 YouGov survey conducted in the United Kingdom found that one in two 18-24 year old young adults did not identify as completely heterosexual, and only a minority of survey respondents agreed with the idea that you can only be monosexual (gay or straight — nothing in between). As Mark Simpson writes for Out, "The fact that only half of 18-24s say they are completely het­ero­sexual is a sign that the younger generation is abandoning mono­sexu­al­ity as a belief system."

Here's what else you should know about monosexual identities...

1. Bisexuality Is Incorrectly Considered A Stepping Stone To A Monosexual Identity

Our binary understanding of gender and sexuality is responsible for things like biphobia and stigmatization of non-monosexual identities. Bisexuality is often invalidated as an experimental phase that eventually ends with "picking one over the other." Out reports that another 2015 YouGov survey of 18-24 year old Americans (so not the aforementioned queer teens) found that "half of America does not believe there is such a thing as bisexu­al­ity, and thus any deviation from het­ero­sexu­al­ity is just homo­sexu­al­ity."

2. Is Monosexual A Bad Word?

If you explore different blogs about sexuality, you'll come across some arguments against the term "monosexual" due to critiques around the concept of "monosexual privilege." Folks argue that monosexuality lumps heterosexuals, gays, and lesbians together, thus inaccurately claiming that gays and lesbians experience the same privilege as straight people. Because it is not possible for homosexuals to experience straight privilege, some are uncomfortable with the use of an umbrella term. However, those who do use the phrase "monosexual privilege" argue that biphobia is different from homophobia in terms of the "benefits" that homosexuals get to experience.

More like this
Gen Z Are Twice As Likely To Identify As Queer, According To New Data
By Sam Ramsden
Help! I Haven't Had Sex With My Partner For 3 Years. He Blames Porn.
By Sophia Benoit
50 Valentine’s Day Instagram Captions To Post If You’re Single
By Jessica Booth, Lexi Inks and Carolyn Steber
My Partner Wants Me To Wear A Diaper During Sex. Help!
By Sophia Benoit
Get Even More From Bustle — Sign Up For The Newsletter
From hair trends to relationship advice, our daily newsletter has everything you need to sound like a person who’s on TikTok, even if you aren’t.