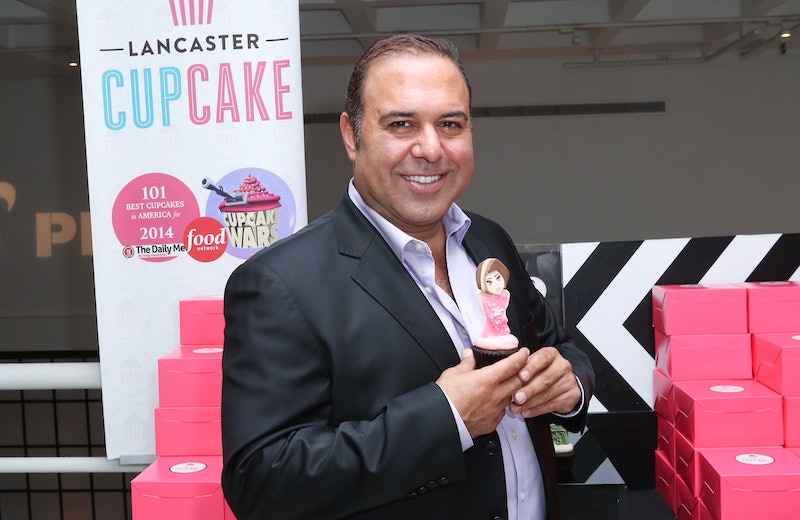 The husbands and boyfriends on the Real Housewives franchises are mostly there to stand by their wives and girlfriends when they argue with the other women, but Real Housewives Of New York’ s John Mahdessian, boyfriend to the wonderful Dorinda Medley, has gotten himself in a mess of his own. At the beginning of the season, John started a fight with Bethenny Frankel, which, if you’ve ever seen any of the Real Housewives Of New York, particularly Season 3, you know is a bad idea. Seeing him feature so prominently in a storyline made me say, “Hey, who is this guy?” What makes him tick? Where does he make his money? Well, John Mahdessian is the owner of Madame Paulette, a very swanky dry cleaner on the Upper East Side.

This place isn’t just a regular dry cleaner — they do everything at Madame Paulette. According to The New York Times, John’s father founded the business in 1959, and, whatever kind of cleaning quandary you find yourself in, the company can handle it. According to that Times article, the company removes shirt buttons and then puts them back on after pressing so they won’t crack while ironing. That’s some serious cleaning, ain’t it? The New York Observer once called John “the Sultan of Stains.” It’s not my ideal title, but hey — John seems to run with it. Madame Paulette also does restoration and cleans pieces for museums and major fashion houses like Chanel and Armani.

With the reputation that Madame Paulette’s has for cleaning the uncleanable, I bet that John and his staff have seen some pretty crazy spills in their time. In honor of John’s time on Real Housewives Of New York, I’ve dreamt up a few spills John may have to mop up before the season is over.

Luann des Lesseps has quite a few suede jackets — we’ve seen them on many episodes. Carole and Luann had a big falling out last season due to the ugly comments Luann made about Carole dating a younger man, but I don’t think that fight is over. I think that Luann, who refuses to apologize, will get a nice pinot noir spilled all over her via Carole, and John will be the man to rescue that beautiful jacket.

You know when you smear charcoal and it gets everywhere? That’s what could happen if one of Sonja’s toaster ovens ever overheated and exploded, sending cinders of bread all over her Upper East Side kitchen. Fortunately, John can probably get those black, sooty stains out of silk.

Since she basically has an IV drip of pinot grigio at all time (no judgments here — if I could, I would), you know there have to be spills. John and Madame Paulette can ensure that Ramona and her garments are looking their best as she’s getting back on the dating market.

John is actually a perfect addition to Real Housewives Of New York — he’s probably the only one who can clean up all of the ladies’ messes (sorry, Andy).