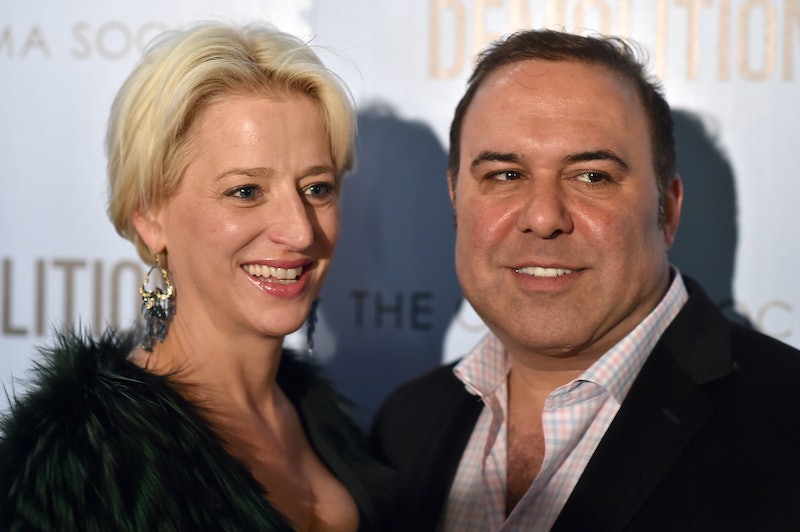 We are only a few episodes into the new season and the ladies from The Real Housewives Of New York are already bringing the really intense drama. It's always magical when the first big blowout of the season happens within the first few weeks. I feel like every time that happens, an angel gets its wings. Viewers could probably sense the disdain towards Dorinda's boyfriend John, from the first episode. Well, things came to a head when Bethenny told Dorinda on the show that all of the ladies felt that she had to sell John to them.

Unfortunately, things just piled on from there. Bethenny first mentioned how Dorinda defends John all the time. Dorinda had said that she was happy that John did everything in front of her face instead of behind her back, and that didn't sit well with Bethenny. Dorinda vehemently denied that she had been "selling" John to her friends. Sure, that was definitely an odd thing to say about her own boyfriend, but it's really nobody's business, unless Dorinda was asking for help or coming right out and saying something is wrong.

For some reason, Bethenny thought that a good time to bring up her concerns about John would be on her birthday, during a lingerie party that Dorinda was hosting. She also thought it was a good idea to say it in front of all of the women. Not exactly a recipe for a kumbaya moment. When Bethenny brought up the time at her Hamptons house that John tried to pitch her a business idea behind Dorinda's back, Dorinda became defensive but admitted that it occurred and told her that she would tell John never do that again. Unfortunately, no one let it end there.

Dorinda was very clearly upset and her good friend, Ramona, decided to just pile on. Ramona used the opportunity to tell Dorinda that a couple of weeks before that, a friend of hers had claimed that John told a group of people that he took Viagra and then he proceeded to provide details about he and Dorinda's sex life. Dorinda didn't believe the story at all and claimed that John would never speak like that about her. Not only is that completely inappropriate to tell someone in front of a group of people, it's also really awful to do to someone who considers you one of their best friends. I think this particular issue would have been better discussed in a private setting. If her friends are concerned, then they should talk to her alone.

Unfortunately, John then showed up at the bra party and started a random fight with Bethenny. Poor Dorinda was mortified and ended up kicking him out. John was pretty awful and he basically confirmed all of her friends' concerns about their relationship. Dorinda later messaged Ramona about how devastated she was over the entire debacle, calling Ramona her "safe place" and saying that she broke her heart. It seemed like she was getting hit by both sides. Both her friends and her boyfriend really hurt her.

It seemed like after all was said and done, it was Ramona who disappointed Dorinda the most. She had a final blowout with Ramona and Bethenny over dinner and it ended with hugs and forgiveness. Unfortunately, she ended up forgiving John quicker than her girlfriends, which says a lot about their dynamic.

It looks like things haven't completely cooled down between Dorinda and Bethenny. A quick look at their Twitter and it's obvious that Dorinda has not gotten over the John bash fest. She and Bethanny went at each other while the episode aired and it ended with one hashtag.

Hopefully things get better soon between the cast and Dorinda, Dorinda and John, and John and the cast. It's an uphill battle for sure.