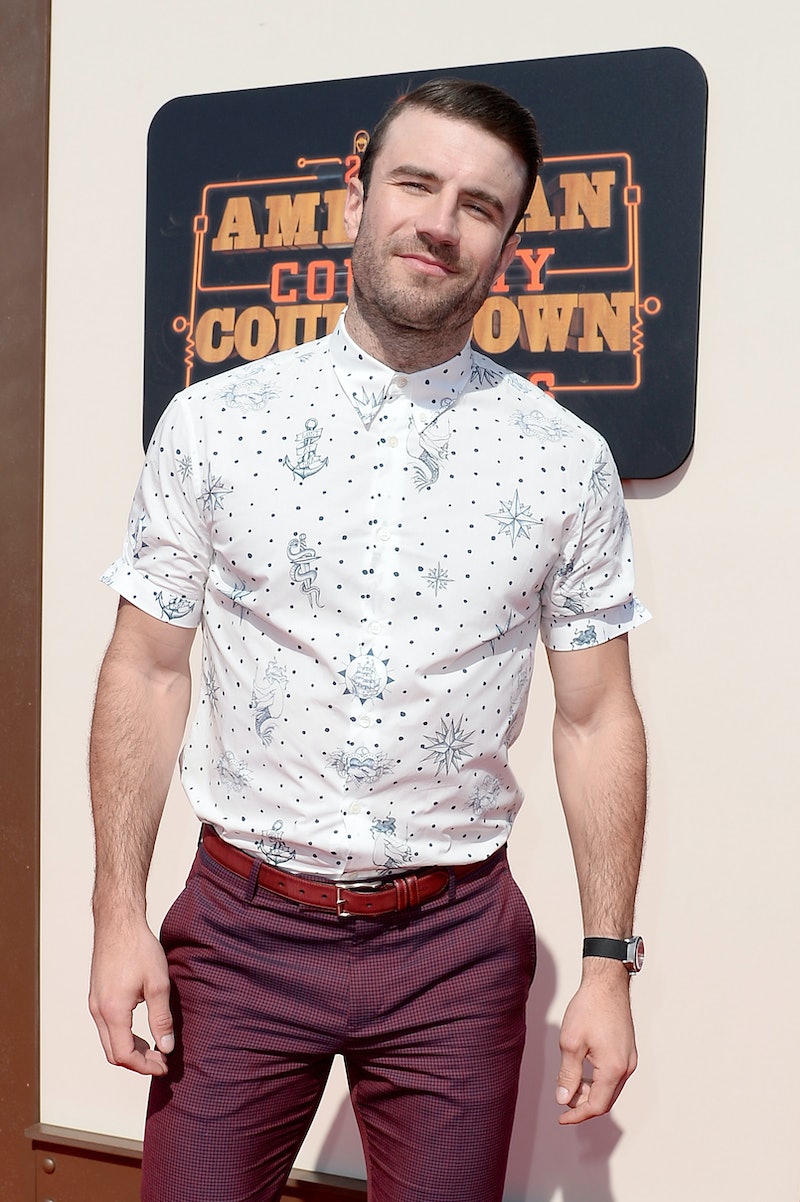 My country music obsession? Sam Hunt. It’s not really a surprise that he’s so popular — he is unbelievably handsome, an amazing songwriter, and what seems to be an all-around cool dude. His debut album, Montevallo, is burning up the charts, and at the 2016 American Country Countdown Awards, Sam Hunt swooped in to bring home not just one, but two awards — Male Breakthrough Artist and Digital Album. He may be new-ish to the country music scene, but Hunt is definitely on his way to a long and fulfilling career in country music (I even think he has crossover potential).

Before receiving his trophies, Hunt serenaded the cheering crowd with his tune “Make You Miss Me.” Personally, I would have liked to hear “House Party” (because I really just want him to come over to by house) or “Break Up In A Small Town,” but beggars and choosers, folks. A little Sam Hunt is better than no Sam Hunt at all. He looked good, and he was clearly feeling good about the night ahead. When the song was over (he should have done another song, but that’s just my opinion), Hunt humbly accepted his awards, thanking his fans and the producers that helped him put together his album. The fans on Twitter loved it, too, obv.

I know that this whole “bro country” thing that Hunt represents is a new phenomenon in country music, but I dig it, and Hunt obviously has many fans who do, too. I think it makes a genre of music that is frequently misunderstood (why do people malign country music?) much more accessible for those who wouldn’t normally listen. It’s like Taylor Swift’s crossover appeal — she and artists like Martina McBride and Tim McGraw pulled pop fans into the country side, and that’s totally what Hunt is doing now. The more people listening, the better, in my opinion, except I don’t want to have to fight even more screaming fans for Hunt’s heart. Oh well!

More like this
Taylor Swift Is "Spiraling" After Releasing "This Love (Taylor's Version)"
By Jake Viswanath
This Is How Taylor Swift Feels About Joe Alwyn’s Steamy New Series
By Alyssa Lapid
Joe Alwyn Just Shared The Sweetest Taylor Swift Memory
By Sophie McEvoy
What Is Jeanie Buss' Net Worth? The Lakers President Is Uber Rich
By Hugh McIntyre
Get Even More From Bustle — Sign Up For The Newsletter