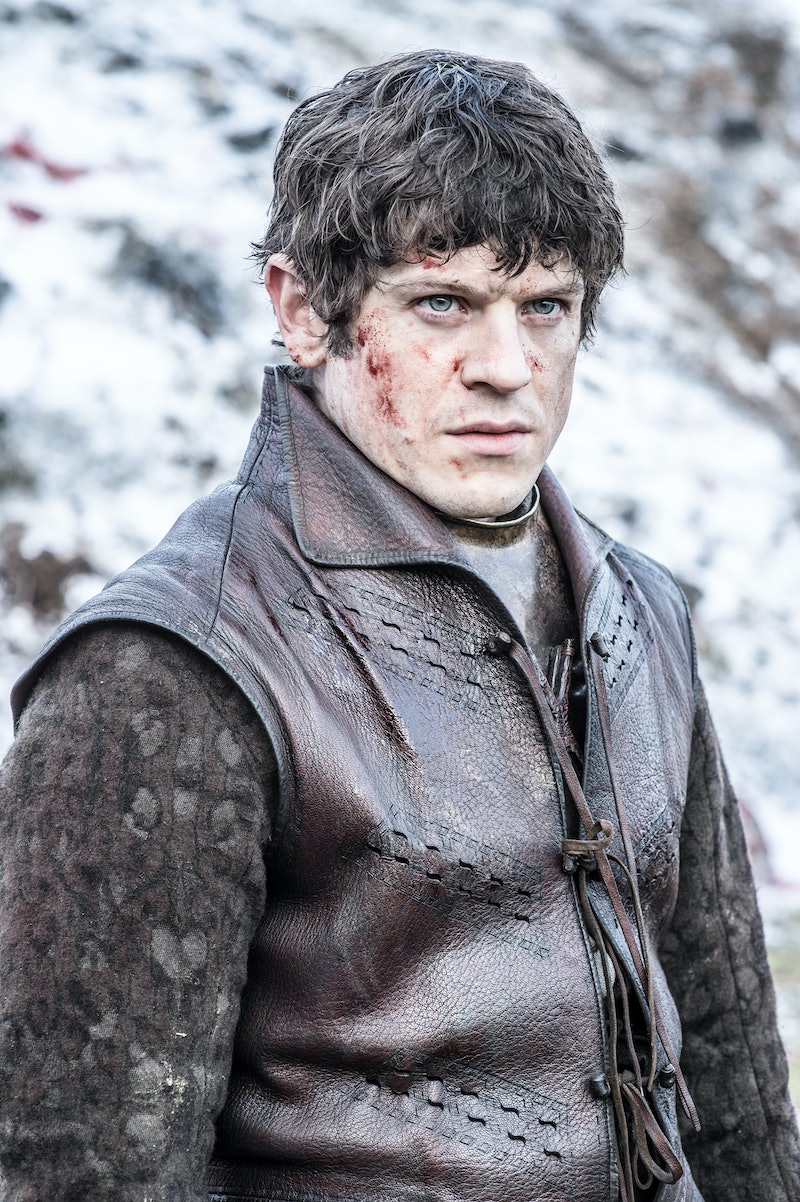 Game of Thrones is known for its shocking scenes of violence. No one has perpetrated acts of unbelievable cruelty better than Ramsay Bolton. We all know what happened to poor Theon (or should we say, Reek?) and Sansa and that poor woman with the candle, but, tonight, he took things to a seriously awful level when he sent his hounds after his stepmother and his brand new infant brother. After this unthinkable and stomach turning event, there is one question on my mind: Who is going to kill Ramsay Bolton on Game of Thrones, and when? If no one does so in the next episode, I volunteer as tribute.

Ramsay needs to go, guys. It's been a long time since he was a character that people loved to hate. He's long since crossed over into the territory of just being hated. Once you have jumped that line, you have got to go. Who will do the necessary deed? I can't see Ramsay making it all the way until the end. His recklessness will have to catch up with him eventually. It definitely makes him vulnerable to mistakes that will hopefully cost his life.

Maybe Theon will make it his mission to murder the man who ruthlessly tortured him for so long. Who wouldn't want to see Theon get his revenge? After he saved Sansa, I am ready for him to keep up his winning streak for a while. If Theon doesn't do it, Sansa is my next vote, those two will unfortunately probably end up crossing each other's paths again since he is out to find her and she is on her way to Castle Black. If Ramsay does meet up with her again, he will also have Brienne to deal with and she's already shown that she is a badass who will protect Sansa with her life.

No matter who does the honors, I can't be the only one who can't wait to see this vile man kick the bucket. At this point I'm OK with anyone doing it, as long as it happens soon!