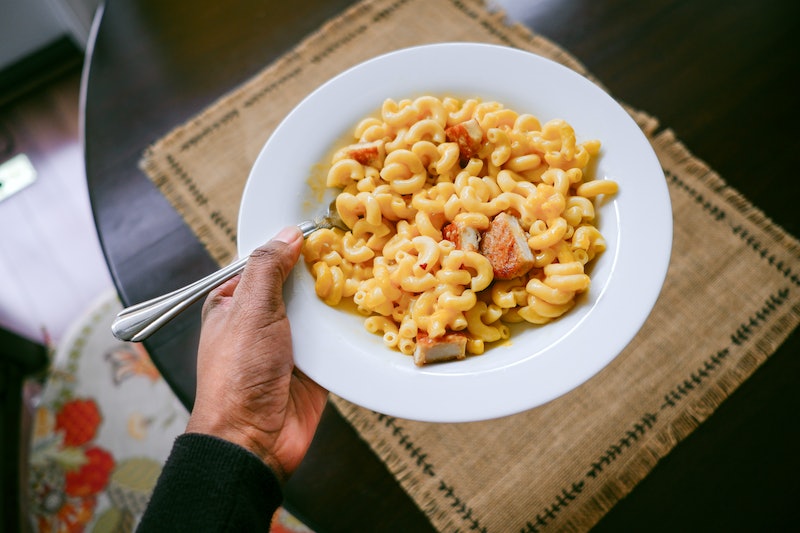 I once spent an afternoon as a 15-year-old aggressively attempting to summon the ghost of Alexander Hamilton in my fireplace with a group of friends, but today, my fellow citizens, I would be ashamed to look any of our Founding Fathers in the eye. It turns out there there is a massive cheese surplus in America. America. What would our lord and savior, Pizza Rat, think about this? Or the god of our underworld, Chuck E. Cheese? How many famous rats and American legacies have we disappointed on this day?

In case you were wondering how the international champions of pizza, cheeseburgers, cheesecake, and nachos could possibly allow for a surplus of cheese (even just typing it makes me shudder with shame), the USDA has reported that there is actually 1.2 BILLION POUNDS of it accounted for. According to Bloomberg, this is the highest cheese surplus we've had since 1984. And to go ahead and double our shame? Over half of the surplus cheese is (pathetic drumroll please) American cheese. For whatever it's worth, the second is Swiss, and the other two percent is "other" (hmmm).

In any case, it seems to me like Obama ought to be sending out invitations to his Super Baller Going Away Grilled Cheese Party any second now to rectify this mess before he leaves office.

If you're wondering how this atrocity happened, it has to do more with the import and export of cheese than our hunger for it. The European Union is responsible for a huge portion of our cheese imports, and recently because of lower prices and extra milk, they've gotten more customers in the Middle East and in Asia and their exports have increased in the US as well. In the meantime, US dairy farmers are still faithfully cranking out cheese products, which is now starting to collect into this (shameful, inexcusable, un-American) surplus, as sales for cheese in the US decrease.

“It’s been difficult for them to export, given the strong dollar, and they’re sucking in imports,” said Kevin Bellamy, a global dairy market strategist at Rabobank International in Utrecht. “Where the U.S. has lost out on business, Europe has gained.”

But don't worry, everyone. I did some #math. There are approximately 318 million people in the US, and 1.2 billion pounds of surplus cheese. That means that if each and every one of us puts our patriotic duty where our mouths are, we only have to consume 3.77 pounds of cheese each to make this problem go away.*

And don't you worry, vegans and lactose intolerant folk — seeing as I pretty much already ate my 3.77 pounds for breakfast this morning, I am more than happy to take responsibility for your shares. I may not be the hero that America deserves, but I am the hero that it needs right now.

In the meantime, I'm leaving work early to head back down into the subway, find Pizza Rat, and REPENT. I suggest you all do the same.

*Emma Lord is a writer and not a math person. If this math is wrong, do not math at her on Twitter. She has math'd enough for one lifetime and deserves to live in peace.

More like this
How To Fight For Reproductive Rights, Based On How Much Time You Have
By Courtney Young
How To See The Lunar Eclipse On May 15-16, 2022
By Kaitlyn Wylde
Starbucks’ Chocolate Cream Cold Brew Tastes Like This Retro Candy
By Emma Garza
8 TikTok Pasta Recipes To Try Out At Home
By Emma Garza
Get Even More From Bustle — Sign Up For The Newsletter