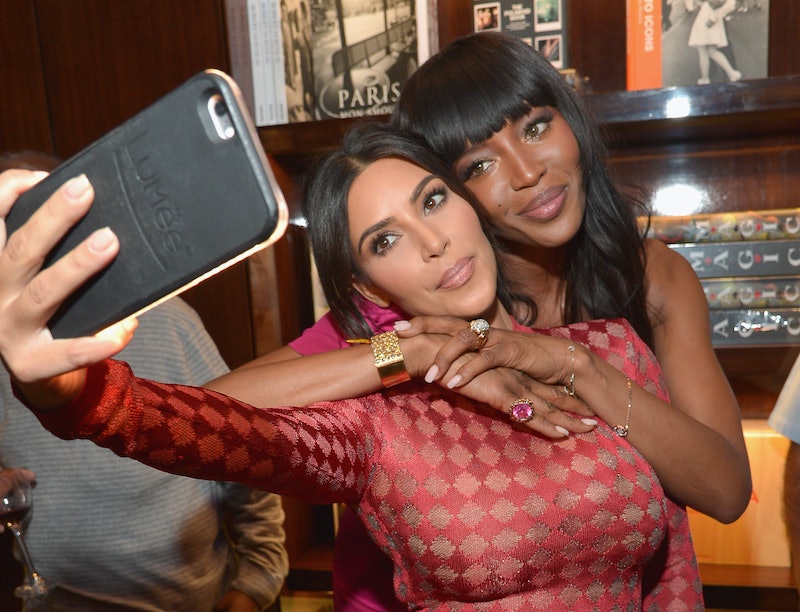 Selfies are a controversial medium, often seen as either empowering or narcissistic, depending on your point of view (and your relationship with Instagram). A new video from BuzzFeed Blue shows that, love ‘em or hate ‘em, selfies can be dangerous — and in some cases, even deadly. In fact, in 2015, more people died in selfie-related accidents than in shark attacks. I get the tantalizing allure of the perfect selfie, I do. But, friends, if your quest for capturing your best angle is endangering your life, it might be time to put the selfie stick down and back away, slowly.

As the video shows, selfies aren’t dangerous in themselves (not to your health, anyway. Your relationship might be another matter); say what you will about the practice, taking a photo of yourself with your phone won’t harm you. The problem, rather, is that some people become so intent on snapping the perfect self-portrait that they put themselves in hazardous situations, risking everything from getting hit by a car to getting mauled by a bison.

If the cringe-worthy selfie accidents described in the video can be boiled down into a few general rules for selfie safety, they’d be they following: Use common sense. Don’t lose track of your surroundings. Don’t take selfies near a precipice or water’s edge. Or when you’re flying a plane. And for goodness’ sake, stay the hell away from wild animals.

India has the dubious honor of being the country with the highest number of selfie-related fatalities, followed by Russia and the United States. Perhaps unsurprisingly, the most frequent cause of death-while-selfie-taking is falling, followed by getting hit by a car. In 2015, things got so bad in Russia, where more than 10 people died while taking selfies and more than 100 were injured, that the country’s interior ministry had to create a guide for taking selfies safely.

People have also been killed while taking selfies with loaded guns and grenades. Others have been injured while trying to take photos of themselves with bison, and one guy nearly lost a hand when he tried to take one with a rattlesnake. In 2014, so many people at Lake Tahoe were trying to take photos with bears that the U.S. Forest Service had to officially warn visitors against taking “bear selfies.” (Yes, really).

If taking selfies brings you joy, then, I say, more power to you. But, as in most things in life, keep your wits about you — if only because you don’t want the very last photo of you to be an image of you doing duck face with an angry bear next to you.