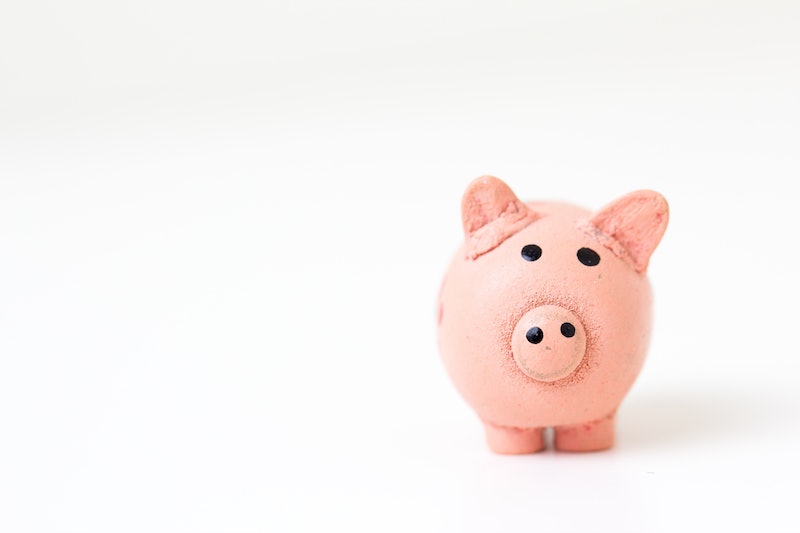 There are a lot of ways you can spend 20 dollars — another round of drinks, dinner, a new shirt. But if you were given this amount to spend as you see fit, most of us wouldn’t think to donate it outright to charity. This is the essence of the 20 dollar challenge, created by financial coach Peter Dunn (also known by his online moniker Pete The Planner) to test his child’s relationship with money. Peter Dunn, whose stated mission as a parent is to raise financially independent and responsible children, wanted to create a way to evaluate how he had done so far with shaping his own daughter’s perceptions of “needs” versus “wants.” "As a parent, you haven't done the best job if you haven't conceived [of the] idea that they need to give to someone else," he explained to Today. "They're putting something else they don't need over the need of someone that actually has a true need."

Dunn presented his daughter with a 20 dollar bill and two options — use the cash to buy whatever she wanted for herself or donate the money to a charitable organization that provides “meals for children whose parents don’t have the means to buy food.” He encourages parents across the country to try it with their children as well. Once the choice is made, the 20 dollars will either go into the child’s pocket, or you go online together and give the money to a charity such as Feeding America, Oxfam America, or your preferred choice of more localized organizations.

Yes, this experiment costs 20 dollars, but according to Dunn, it is well worth the knowledge you gain about your own parenting. Dunn doesn’t believe the child is “at fault” if they take the cold hard cash, since kids learn by example. “If you’re like me, the anxiety surrounding this litmus test is palpable. I didn’t want to fail the test. Notice I didn’t say I didn’t want my daughter to fail. The inquisitor is the one being tested,” Dunn wrote for USAToday (Dunn's daughter did pass the test with flying colors). Dunn believes this test is worthwhile to try on kids of all ages, even adult children.

On his money management site, Dunn recommends that five percent of a person's income goes to the charities of their choice. Giving time and money to charity has been proven to be good for you, past studies showing that giving to others makes us happier and healthier. Dunn says making this generous adjustment is doubly beneficial since "donating a portion of your income is proven to make you feel better about what you have."

And young people should be thinking about charity sooner rather than later. It shouldn't be a thing left for senior year of high school to bulk up your college application. While Millennials do not have a great reputation when it comes to being altruistic — many outlets have pegged them as the self-absorbed generation — as a group they are giving back more than one might guess.

CNBC reported that in 2014, 84 percent of millennials gave to charity and 70 percent donated an hour or more of their time, according to the Millennial Impact Report survey. Young people are also more at ease with donating through technology, being philanthropic over smart phone apps, and promoting social activism via social media. Happily, people across the country are seeing the benefits as overall giving was on the rise from 2012 through 2014 in America, according to the National Philanthropic Trust's statistics.

More like this
5 Crystals To Manifest More Money
By Megan McCarty
Your Moon Sign, Explained
By Nina Kahn
Your Home Could Seem So Much More Expensive If You Tried Any Of These Cheap Tricks
By Dena Ogden and Sara Brown-Rigoli
10 Times Boris Johnson Got It Wrong On Trans Rights
By El Hunt and Sam Ramsden
Get Even More From Bustle — Sign Up For The Newsletter