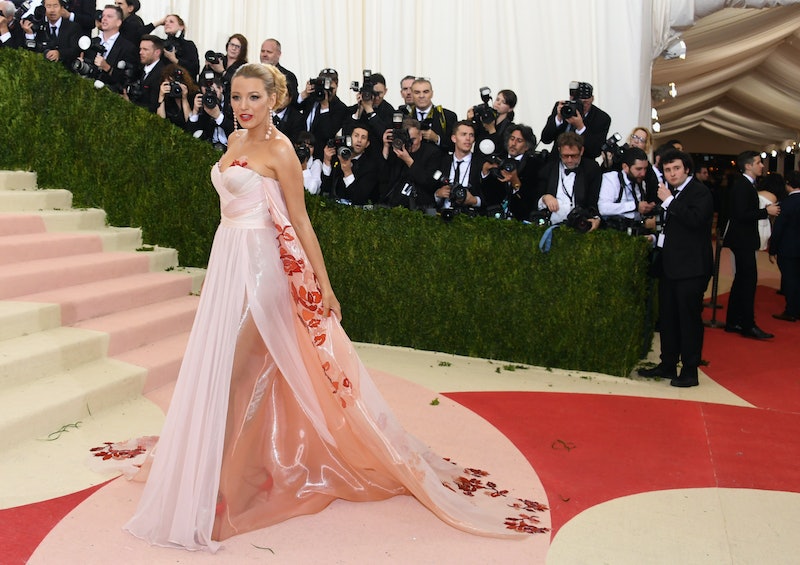 The Met Gala has a very specific theme every year, with 2016 being Manus x Machina: Fashion in the Age of Technology. Attendees are always expected to dress according to theme, but not everyone follows the rules. Below, I've scouted out the most off-theme looks at the 2016 Met Gala, and some of them, sadly, are pretty off! I wonder if these celebs will officially be in the dog house with Anna Wintour...

For a quick nutshell on the what the heck Manus x Machina is all about, let me explain. Met curator Andrew Bolton (responsible for creating the 2016 exhibit) shared, "I feel as though fashion is one of the first arts to embrace new technologies. I also wanted to redefine what one means by wearable technology, which is always about basically gadgets. Wearable technology is about laser cutting, ultrasonic welding…more hidden technologies than a jacket that tells you how hot you are." #Preach

Bolton's comments would make you suspect the stars would show up in, well, tech-driven looks. However, some celebs clearly either interpreted the theme in seriously quirky ways or missed the memo completely and just totally did their own thing instead. I really couldn't tell you why...

Below are all the rebel celebs with the most off-theme looks at the 2016 Met Gala:

Beautiful, but not particularly edgy.

This is stunning, but Lively is channeling rose garden way more than robot tech.

Not gonna lie, I don't totally understand what a black floral gown has to do with the theme...

Lovely, but for real?

Doesn't this give off more of a spring picnic vibe than futuristic tech?

Chastain’s gown is much more China Through the Looking Glass, IMHO.

Pretty sure this is something I would've worn for school picture day. It's totally beautiful, but maybe not totally Met.

Again, I love this, but what does it have to do with anything?

I love this look, but think it was better suited for last year's theme.

Jenner's dress is more "relax on the beach" than "red carpet," but it still looks good. I'll give her that.

Deutch looks like a fairy goddess here, but alas, florals are not the theme!

Honestly, I vote this way more warrior princess than robot!