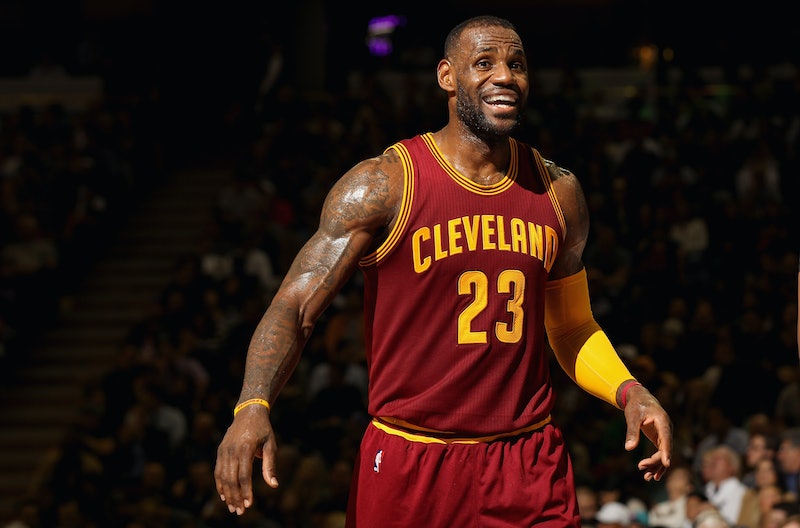 If LeBron James can tackle basketball on the court, then of course he can tackle the game in space, right? Well, it's seems as if Director Justin Lin (Fast & Furious 6, True Detective) seems to think so. The Hollywood Reporter reports that Lin is set to direct the long awaited Space Jam sequel according to the publication's sources. Of course, we've been burned before, but hopefully this time, we're really getting this thing going.

According to the report, the Warner Brothers helmed project is being written by both director Lin and writer Andrew Dodge while Charles Ebersol produces. Despite the script not yet being completed, the Cleveland Cavaliers player reportedly signed on to star in the project after he signed a contract with SpringHill Entertainment in July 2015. But, without yet seeing the script, is James up for the job? Well, it just so happens that the multi-talented basketball player also happened to prove his acting skills that same month upon starring alongside Amy Schumer and Bill Hader in the Golden Globe-nominated comedy, Trainwreck. However, while acting may still be fairly new for the NBA star, it is definitely not a new feat for basketball players over the years. As James will be following in the footsteps of the original Space Jam star, Michael Jordan, who led the 1996 film.

Unfortunately, as of right now, it has not been confirmed as to whether or not Jordan will be returning for the film's sequel. But, if this film is set to be anything like the first one, then fans should be able to expect an array of Looney Tunes cartoon characters taking the court for another intense game of ball — considering that Space Jam is a mostly animated comedy film that only featured elements of live-action footage. Other actors who starred in the original film but have not yet been confirmed for the sequel include comedian Bill Murray, actor Wayne Knight, and a slew of other popular NBA players. Next up, fans can look forward to finding out what other basketball stars might be jumping into the film as well.