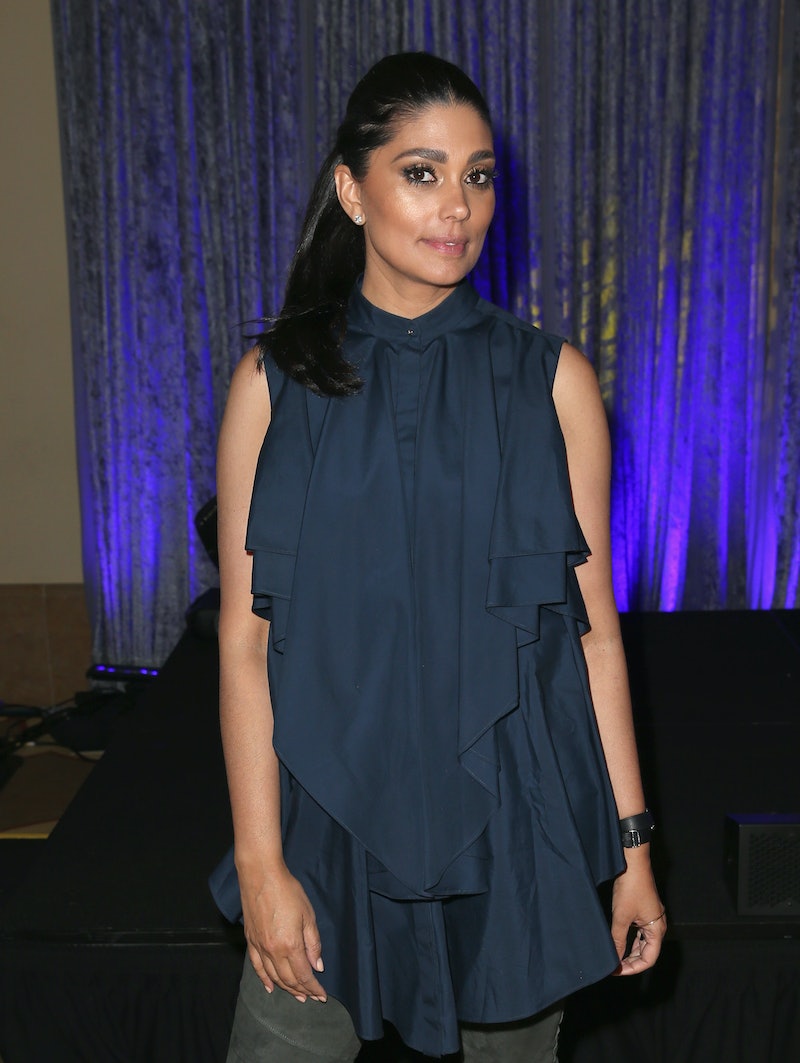 There are two major questions swirling about the Met Gala: Who's attending? And more importantly, what will they be wearing? While those answers are TBD, there's a few celebrities that spark a little extra curiosity. Following Beyoncé's Lemonade HBO special, Jay Z and Rachel Roy have been the subject of cheating rumors. This unfairly resulted in some pretty vicious bullying directed at Roy. Considering there's really no doubt that Bey will be there, fans must be wondering: Is Rachel Roy attending the Met Gala? She was there two years ago when that infamous Solange and Jay Z elevator incident went down.

Based on her social media posts, it's unclear whether Roy actually plans to attend. On Monday, the afternoon of the gala, she posted an Instagram photo of a model wearing overalls from her fashion line— nothing implying she was on her way to the fashion world's big event. According to IB Times, Roy did not attend the Met Gala in 2015. However, the reasoning is unknown. If she has a busy schedule, that's fine, but I really hope she doesn't let the rumors stop her from enjoying such a major night, especially since she's a big-name designer. If anything, it'd be empowering for her to show up, despite whatever people have been saying. Just last week, Us Weekly reported that Roy canceled a conference appearance due to a "personal emergency," which sounds like it may be a result of all the aforementioned drama.

Roy has already had to defend her name, following the belief that she's "Becky with the good hair" referenced on Bey's song "Sorry." (It all started because of a cryptic caption she posted on Instagram, which made it sound like she was referring to the lyrics.) After the backlash, Roy tweeted, "I respect love, marriages, families and strength. What shouldn't be tolerated by anyone, no matter what, is bullying, of any kind." Then, she released a statement to People :

I want to put the speculation and rumors to rest. My Instagram post was meant to be fun and lighthearted, it was misunderstood as something other than that. There is no validity to the idea that the song references me personally. There is no truth to the rumors. Consequently, online haters have targeted me and my daughters in a hurtful and scary manner, including physical threats. As a mother — and I know many mothers would agree — I feel that bullying in any form is harmful and unacceptable. I would hope that the media sees the real issue here — the issue of cyber bullying — and how it should not be tolerated by anyone.

Back in 2014 during #ElevatorGate, Roy became the subject of Jay Z related rumors. According to People, sources claimed she had said something that caused Solange to attack Jay in the elevator. Regardless, rumors — that really are rumors and remain unconfirmed — shouldn't stand of the way of her celebrating. Especially since some of Roy's good friends — Kim Kardashian and Chrissy Teigen — will likely be in attendance.

As for whether she'll be there, only time will tell. I'm rooting for Roy to attend and look fierce.