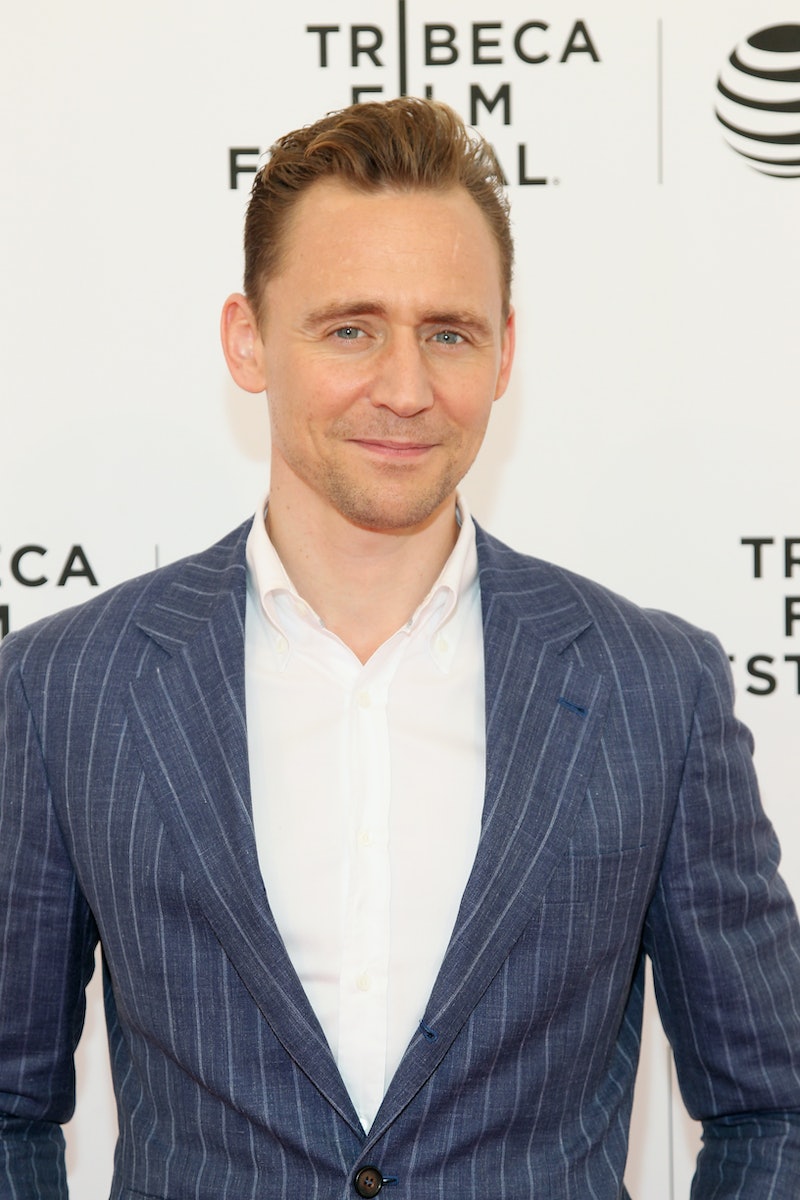 Hiddlestoners, gather 'round. If you've been waiting to for Tom Hiddleston to confirm whether or not he is dating anyone, you're in luck. In Esquire U.K.'s June 2016 issue, Tom Hiddleston said he is "still single". While chatting about living pretty much a normal life (you know when he isn't making movies and walking red carpets), Hiddleston reflected about his dating life and said, "Still single, dude! Last of the Mohicans!" That's right, The Night Manager star just confirmed his relationship status, so now everyone can calm down and stop speculating.

Being a celebrity comes with everyone analyzing who you may or may not be dating, which Hiddleston knows all too well. He's been linked to many of people over the years, but most recently, it was suspected that Hiddleston and his I Saw the Light co-star, Elizabeth Olsen, might be dating. As many times as they were supposedly on a date or were spotted out and about or refused to comment, I think everyone believed they were 100 percent a couple. That is, until Olsen denied it outright in September 2015.

After Refinery29 asked her if she and Hiddleston were dating, she said, "No. I mean people can think what they want to think." The Captain America: Civil War star then added, "I mean, we definitely are friends and we've known each other for about four years. And we happened to be at a restaurant at a wrong time having dinner. We all go out to dinner." Yes, that we do, just not with Tom Hiddleston. If only that would happen.

The Crimson Peak actor hasn't been very vocal about his relationship status, so it's kind of a big deal that he openly discussed it in Esquire. For example, while chatting with Vulture in April, he avoided questions about his personal life, but did say that "some things have to remain sacred. You could write that I’m single. There’s no ring on this finger."

Unlike his Esquire interview, he didn't confirm or deny anything with that remark. If anything, he fueled the rumors and the speculation by trying to play it coy. Basically, it doesn't seem like he cares what anyone thinks, because all that matters is that he knows the truth. You know what? I can't blame him for his sly response, because he can only keep so much private in his line of work. I can't imagine dating in the public eye. It's already hard enough doing it as a non-celeb, so it has to be a million times harder with paparazzi and fans constantly following your every move.

But, now that Hiddleston has declared that he is "still single," everyone can stop believing whatever dating rumor you may hear about him. When or if he starts seeing someone, I'm sure he'll let the world know when is ready to. That's the great thing about the 35-year-old actor, his personal life is his and he airs it on his own terms.