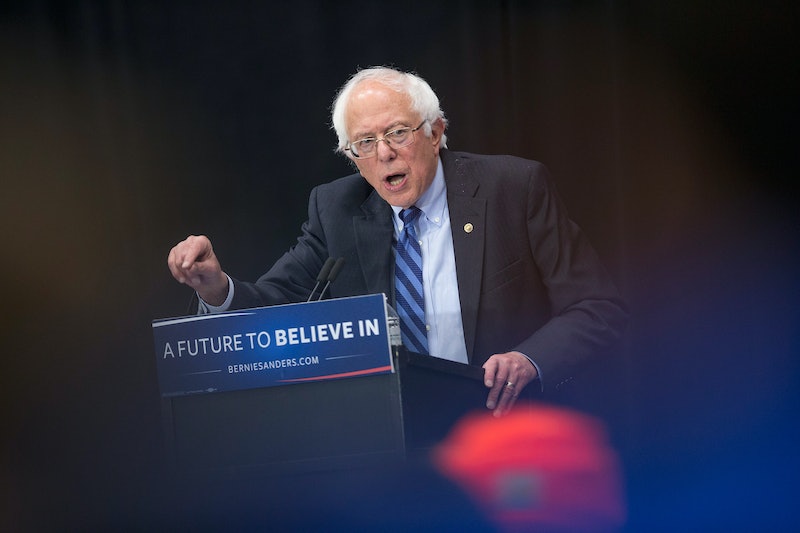 Former Secretary of State Hillary Clinton may appear to have the Democratic nomination for president all but secured, but Indiana was undoubtedly feeling the Bern on Tuesday. In a race that was too close to call for hours after the polls closed, Bernie Sanders won at least 42 delegates in Indiana's Democratic primary. Although he still trails the former first lady by a wide margin in the race's overall delegate count, Tuesday's win gave Sanders a much-needed boost, both numerically and symbolically.

Before Tuesday's primary, Sanders was nearly 300 pledged delegates behind Clinton. After an impressive winning streak in Western states like Washington and Hawaii, Sanders' campaign struggled to maintain its momentum in recent weeks. In April, the self-proclaimed Democratic socialist lost New York to Clinton, who became sort of a hometown hero in the Empire State after serving two terms as the state's senator, but Sanders had still managed to win more than a hundred delegates there. Then, last week, Sanders lost four of the five Northeastern primaries, claiming victory only in Rhode Island.

After last week's losses, there seemed to be a shift in Sanders' campaign strategy. There are still more than a thousand delegates up for grabs, but Sanders appears to be campaigning for platform wins rather than delegates. In other words, Clinton pretty much has the nomination in the bag, but Sanders will likely continue to campaign in order to make sure his platform is heard.

He's definitely been heard in Indiana, where he virtually split the vote with Clinton, but came out on top. In total, 83 delegates were up for grabs in the state's Democratic primary. While the Republican race was called almost immediately for Donald Trump, the Democratic results took much longer to confirm because of the narrow margin between Clinton and Sanders. With more than 90 percent of the vote tabulated, Sanders had topped Clinton with more than 52 percent of the vote, claiming at least 42 delegates. It won't be enough to propel his campaign much, but it was proof that Sanders still has a connection with many of the country's voters.