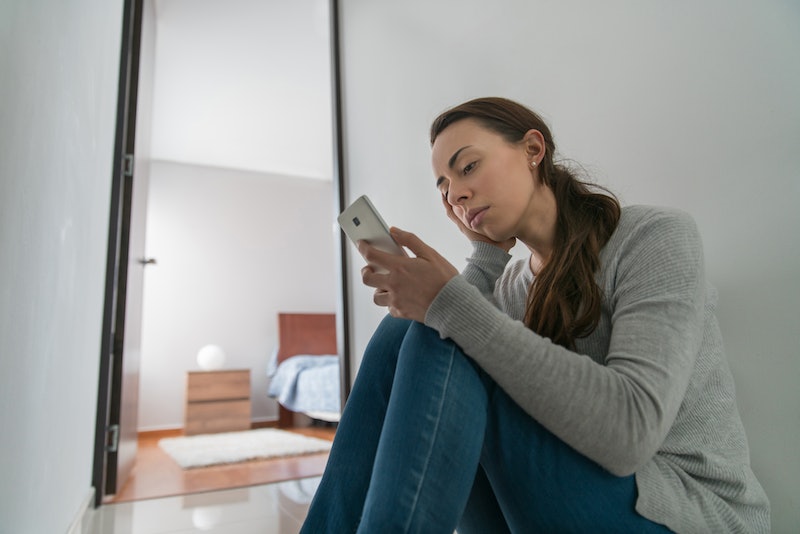 Hispanolistic/E+/Getty Images
By Marissa Higgins
May 30, 2016

You know that one person in your friend group who is, for lack of a better word, a flake? Yeah, we all have at least one lovable but totally unreliable person in our lives. Interestingly, though, if we all pooled our collection of flaky together and looked at them as a group, we'd be able tp pinpoint the one thing all flaky people have in common with relative ease. While there are, of course, a number of different reasons individual people might flake on plans — family emergencies and health issues, for example — the common trait between chronic flakers according to science is a pretty simple one: Flaky people are "yes" people.

I know what you're thinking: But if they're "yes" people, why do they eventually blow me off anyway? Isn't that the same thing as an eventual "no?" Here's the thing: Psychologists generally agree that if someone is a "yes" person, it doesn't necessarily mean they'll follow through on what they're agreeing to, whether it's a social outing or a work-related task. Basically, "yes" people tend to feel pressured to say "yes" in the moment to avoid conflict or awkwardness; then they mean to figure out how to make that "yes" work later on, when they're not under quite as much stress.

Often, though, "yes" people are people pleasers who then struggle to go back on their word and instead flake out on the agreement at the last minute. Flaky people can also be perfectionists, in that if they say "yes" to something and it doesn't go according to plan, or they don't think they make it perfect, they flake at the last second to avoid making a mistake or letting someone down.

So, why not be honest with people from the beginning? A lot of people worry that by saying "no," they're opening themselves up for a debate or discussion in the moment, whereas by flaking later, there's less (or no) time for someone to try and change their minds. Psychologists speculate that for people who have had unhealthy relationships or are abuse survivors, this can be especially intense; people worry that their actual wants won't be respected, so they feel the need to be avoidant to protect themselves.

Of course, there are also flaky people who say "yes" and are simply forgetful. You know, the people who don't keep a calendar and barely remember what day of the week it is? Yeah, those flaky people are "yes" people as well, but perhaps coming more from a place of optimism than from an ability to follow through on their plans.

Basically, it's easy to commit yourself to whatever sounds good in the moment if you have no idea what else you've committed yourself to for the rest of the week, much less the specific date this person is talking to you about in the first place. While this attitude certainly doesn't come from a place of malice, it can cause some serious problems down the road if people feel that they can't rely on you or feel that you're too disorganized to follow through on your word.

If you're dealing with someone who is flaky, it's OK to let them know how their behavior impacts you. While it's never a good idea to go into a discussion hoping for an argument (even if you're upset or angry) it's totally reasonable to calmly let someone know they've hurt your feelings, or that they've ruptured your plans for the day by being inconsiderate. In the same way, if you're someone who is flaky, it's important to take responsibility and apologize.

Flakiness can come from all different places, and it's up to you if you want to go more in-depth with someone about why you tend to flake out, but at the end of the day, it's important to remember that respect is a mutual thing in a relationship (romantic or otherwise) so even if you have the best intentions, flaking out on people can feel hurtful or dismissive to those around you.