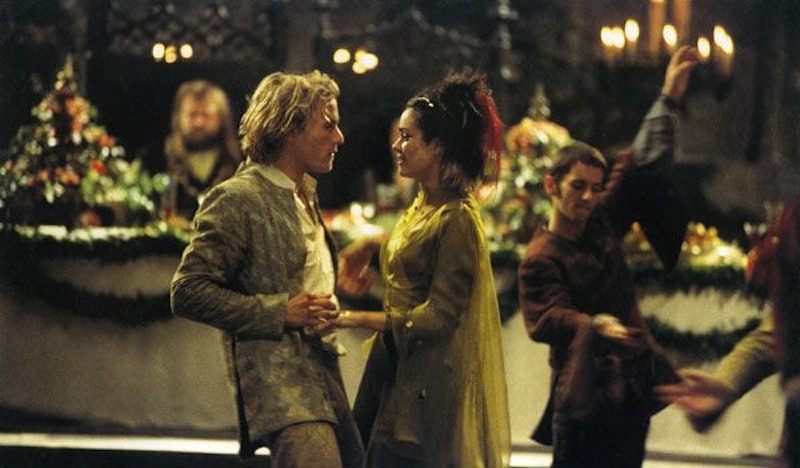 After the release of 10 Things I Hate About You in 1999, the world immediately fell in love with Heath Ledger. It was the movie that put him on the map. The moment he uttered, "I hate peas," I was a fan and couldn't wait to see what film he starred in next. First came The Patriot, also starring Mel Gibson, and then came A Knight's Tale in 2001. It might not have been nominated for an Oscar, but I enjoyed it thanks to Ledger and one particular scene. If you don't recall, there was a David Bowie scene in A Knight's Tale featuring his song "Golden Years," where Ledger's character, William Thatcher, choreographed his own dance to it. It's my favorite scene, not to mention one of Ledger's best moments that I will forever remember him by.

Does it really get better than watching the late actor show off his impressive dance skills alongside Shannyn Sossamon? Yes, it's bittersweet knowing that Ledger is no longer with us, but it's also a great memory to have of the talent. Seeing as it is A Knight's Tale 15th anniversary since it was released on May 11, 2001 (I know, I can't believe it's been that long), let's honor the film, Ledger, and also Bowie, by discussing how fantastic the "Golden Years" dance scene truly is.

Before I get into the specifics, you can watch the scene here for your self. Warning: you'll want to watch it more than once.

Look At This Hair Flip

Heath knew what he was doing.

This Move Is Amazing

This twist/flip took the dance to a whole new level.

They're Totally Feeling It

Never will I ever forget A Knight's Tale, Ledger bringing it to life with his dancing, and Bowie for his music contribution. Now, if you'll excuse me, I need to go watch this scene on repeat — again.