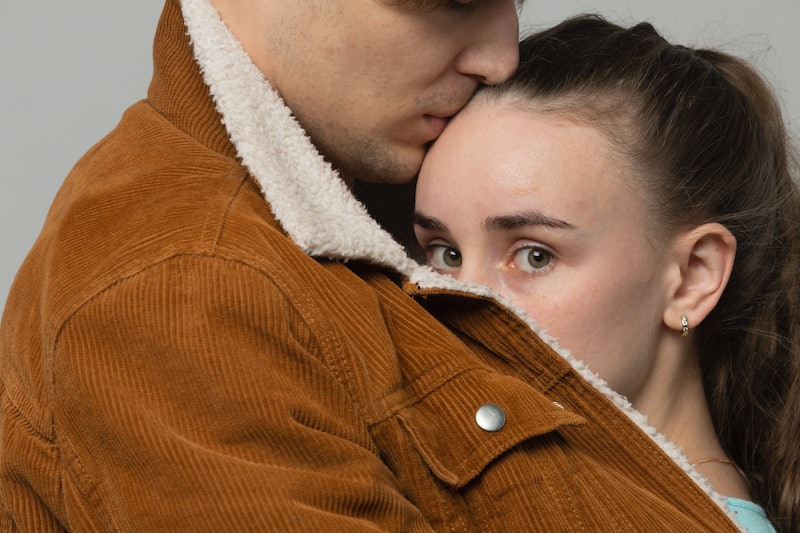 We at Bustle love giving you tips for how to tap into your sexual potential and troubleshoot when things aren’t going your way in the bedroom. But what about finding solutions to those stressful sexual health situations that inevitably crop up when you’re getting down? Emma Kaywin, a Brooklyn-based sexual health writer and activist, is here to calm your nerves and answer your questions. No gender, sexual orientation, or question is off limits, and all questions remain anonymous. This week’s topic: sexually transmitted diseases that can impact your fertility.

Q: My mom sent me a scary email the other day about how her doctor friend told her if I get an STD I’ll never be able to have kids. That freaked me out because I definitely see being a mom in my future, and I don’t want my decisions now to impact that future. So is it true? Can STDs affect your fertility?

A: Sexually transmitted diseases (STDs) definitely aren’t the end of the world. However, since they are diseases, we do want to do our best to limit their ability to get into our bodies, because they can have unwanted health consequences. For some STDs, one of those consequences is difficulty getting pregnant, and/or having an effect on the fetus or newborn baby. Luckily, this isn’t a sure thing, and all of the STDs that mess with fertility are either curable or there are ways to manage them so you can protect your fertility and the life of your baby.

So take a deep breath, and let’s check out the STDs that can impact your fertility.

Chlamydia is an extremely common bacterial infection; there are an estimated three million cases each year in the United States. It disproportionately affects young humans with vaginas, with those aged 15 to 24 representing 68 percent of all cases reported in 2013.

Chlamydia can result in pelvic inflammatory disease (PID), which is when your reproductive organs get inflamed because they are bothered by unwanted bacteria all up in there. If you have chlamydia and female reproductive organs, you have a 10 to 15 percent chance of developing PID. PID can cause your pelvic organs to scar, which can make a literal roadblock against sperm so they can’t reach your egg. PID can also cause tubal or ectopic pregnancy, an extremely dangerous situation in which the egg and sperm implant in your fallopian tube instead of your uterus. This is a big problem, because those tubes don’t have enough space to house a growing fetus, not to mention all the nourishment needed to feed it; ectopic pregnancies must be stopped through medicine or surgery.

In addition, chlamydia can infect your fallopian tubes, which can also result in infertility. New research has also found that if the person with male reproductive organs has chlamydia, a couple is around one third less likely to get pregnant.

Chlamydia, if untreated, can be dangerous for newborns, too. Mothers can pass the bacteria onto their fetuses, resulting in inclusion conjunctivitis, which you may know as pink eye. Around 50 percent of babies born to mothers with untreated chlamydia get this eye disease, which makes their tiny new eyes swell up and pus. It’s important to get this cured; while chlamydia will probably go away on its own within a year, it can cause scarring in their wee eyes.

Here’s the catch: this can all happen without you even knowing that you have chlamydia, since most people don’t have symptoms from chlamydia infection. It’s important to get tested routinely so you can catch it early, before it wreaks havoc on your babymaking insides. Luckily, chlamydia is cured with a course of antibiotics, so if you test positive for it, your doctor will sort you right out.

Like chlamydia, gonorrhea is a bacterial infection that can result in PID, which we now know is not good for the inner workings of the female reproductive system. It can also mess with fertility in male reproductive systems, specifically by resulting in epididymitis, which is when the epididymis (a tube that sperm travels through before it, you know, shoots out everywhere) gets inflamed. If epididymitis isn’t treated, it can lead to infertility.

Also like chlamydia, the bacteria that causes gonorrhea can cause pink eye in newborns; when this results from gonorrhea, it’s called conococcal conjunctivitis. If left untreated, this form of conjunctivitis can cause blindness — it actually used to be the main culprit of blindness in the United States.

Finally, like chlamydia, you can also be asymptomatic for gonorrhea. There are an annual 820,000 cases of gonorrhea each year in the United States, so this is another one to look out for with regular STD testing. Luckily, as with chlamydia, gonorrhea can be treated with antibiotics. Unfortunately, some strains of gonorrhea are becoming resistant to existing treatments, making it less easily treatable.

Human Papillomavirus, or HPV for short, is extremely common. Approximately 79 million people in the United States have it right now, and around 14 million people get infected each year. This STD is so common that if you’re sexually active it’s basically inevitable that you’ll get at least one strain of it sometime in your life.

There are actually over 100 different strains of HPV, and only around 40 are sexually transmitted (the others live elsewhere on your skin and cause warts). Of these 40, only some cause genital warts, and only a couple cause cancer. HPV currently has no medical cure, but luckily, in a majority of cases, your body will clear the HPV infection itself. This happens pretty quickly — the average life of an HPV infection is between four and 20 months, and most bodies will get rid of it within two years.

Just being positive for HPV doesn’t affect your conception abilities. But if you have a cancerous strain, you could end up with precancerous cells in your cervix, and this can impact future babymaking. Specifically, the medical techniques that remove these precancerous cells can mess with your cervical mucus, which helps sperm reach your egg. If the procedure removes a significant amount of your cervical tissue, your cervix may be weakened. This raises your risk of miscarriage, since your cervix might open up before your fetus is ready to come out.

Your gynecologist checks you for HPV every time she gives you a pap smear, so it’s easy to know your status. Just because you are infected with a cancer-related strain, this doesn’t mean that you will get pre-cancerous cells and have to undergo any treatment that would result in more difficult getting pregnant.

A huge problem back in the day, syphilis is now treatable with penicillin if caught in its early stages. However, it’s making something of a comeback — in 2010, there were nearly 46,000 cases of syphilis reported in the United States. New cases are mostly attributable to men who have sex with men, but the disease is also making a troubling comeback in humans with vaginas.

This resurgence is super important for fertility. If you become pregnant while you have untreated syphilis, you have a 50 percent chance of miscarriage or stillbirth. If your baby becomes infected during childbirth, there’s a 10 percent chance it will die, often just a few days after it’s born. And if you get syphilis sometime in the four years before you get pregnant, the chances that your fetus will get infected is 80 percent.

Syphilis can also cause epididymitis in those with male reproductive organs, which we already know can cause infertility. Syphilis can also mess with your testicles, which can negatively impact fertility. Finally, if you let your syphilis go untreated for long enough, you could develop tabes dorsalis, which is when the disease starts degenerating your nerves. One of the consequences of this late-stage syphilis is erectile dysfunction.

Genital herpes doesn’t mess with your ability to get pregnant, but it can be dangerous for your fetus. If you’re pregnant and have a herpes outbreak during your third trimester, you can pass the virus on, which can be deadly for your newborn. Luckily, you can stop your baby from getting herpes through medication and by birthing with a cesarean section.

Like herpes, HIV doesn’t hinder your ability to get pregnant. However, you can pass HIV onto a fetus, giving them a disease that’s currently lifelong and incurable. Luckily, if you know your HIV status when you become pregnant, you can work with your doctor to get medication that will ensure that your baby is born HIV negative. You may also get a cesarean section instead of a vaginal birth, to further protect your baby. Your brand-new human will be put on HIV meds for the first six weeks of its life to ensure that any HIV that did make its way into this tiny new body is eradicated. Finally, you’ll be asked not to breastfeed, since babies can get HIV through breastmilk.

I’m not sharing this information to freak you out, but the reality is that if you get one of these STDs and you don’t treat it (those that are treatable), it could be harder for you to make a healthy baby in the future. This is why it’s super important to protect yourself (by which I mean using condoms with your sexual partners unless you’re sure they don’t have an STD) and get tested regularly — many of these STDs don’t show symptoms for a while, if ever, so you might not even know you have them unless you see it on a test result.

Remember that no sex is 100 percent safe; we’re always taking on a bit of risk when we share our body with someone else. But it’s just as important to remember all the good things about sex (whatever they are for you personally) and to remember that STDs are something of a fact of life. Do your best to protect yourself and your fertility, but don’t let fear make you paralyzed, either.

More like this
12 Aphrodisiac Desserts To Spice Up Your Valentine’s Day
By Kaitlyn Wylde
10 Primal Movement Exercises That'll Improve Your Mobility
By Carolyn Steber
Here’s What Health Means To People In 2023
By Isabella Biedenharn
How Many Burpees Should You Do Per Day? Here’s What Fitness Trainers Say
By Carolyn Steber
Get Even More From Bustle — Sign Up For The Newsletter
From hair trends to relationship advice, our daily newsletter has everything you need to sound like a person who’s on TikTok, even if you aren’t.