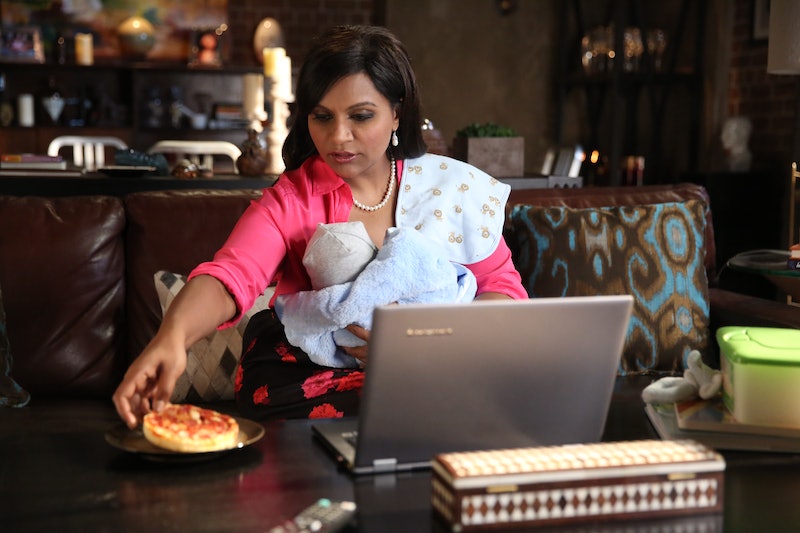 Not all moms can be Donna Reed or Carol Brady or June Cleaver, and that's OK. It's something we're quickly learning from the moms on TV in 2016. The best are the ones that aren't trying to be perfect, but just trying to be real. And, let's be honest, the struggle of motherhood is very real. These fictional moms are more like the ones we see all around us, trying to do it all, but understanding that sometimes you just can't. There will be mistakes along the way, and that doesn't make them bad moms. It just makes them human.

More importantly, though, the moms we see on TV today prove that there's more than one kind of mom. These women are their own people, who happen to have children. They're imperfect. They're flawed. They're unafraid to admit both those things. They are not tropes to make real life moms feel inferio;, they're here to empower women who often feel like they're still trying to figure motherhood out. These television moms are more than supporting players who pop in to share their wisdom. They're well-rounded characters who show that motherhood is complicated and for many different reasons.

In 2016, mother doesn't always know best, but she will always do her best in whatever way she sees fit. And these 11 TV mothers are the perfect example of that.

On the latest season of the Hulu show, Mindy is trying to figure out how to be a single working mother in New York City. What she shows is that it's not easy. Mindy has her own fertility clinic, while still working as an OB-GYN, and you see that attempting to have it all doesn't leave a whole lot of time for sleep. What's important to note is she's not giving up on herself; instead she's pushing herself even harder to succeed to show her little boy it's worth it. As she lets her parenting partner Danny know, being a working mom is the hardest thing she'll ever do in her life, but it's worth it.

Linda's fun, wacky, and, boy, does she love to sing. She's a little out there, sure, but there's no debating that she loves her three kids, Tina, Gene, and Louise. She's a supportive mom, who is looking to help her kids find their happiness, whether it's capoeira or table-setting competitions. She is there with a big sign and possibly a glass of wine, ready to cheer her kids on. Linda lets her freak flag fly and encourages her kids to do the same.

Bow is the ultimate 21st century working mom, the Claire Huxtable for 2016. This anesthesiologist and mother of four believes the world is good thanks to her hippy upbringing and spreads those liberal values to her children. She leads by example, letting them know she doesn't have all the answers, and that they won't either. When Black-ish tackled police brutality, Bow didn't tell her kids what to think; instead she shared her hopes and fears in hoping to start a conversation with her family. She's a mom who's there to listen and help in any way she can, which often is trusting her kids figure it out themselves.

Bonnie is a recovering addict who is trying to make amends with her daughter, Christy, who is a recovering addict herself, trying to raise her own kids while dealing with her once-estranged mother. Things get dark. These women have their own struggles beyond raising children. They are deeply flawed and don't try to hide that. But these blue-collar moms are trying, and they show that your past mistakes don't have to define your future. Things doesn't always go Bonnie and Christy's way, but they're strong enough to pick themselves up and try again.

5. Jessica Huang (Fresh Off The Boat)

Jessica may be the funniest mom on television. As Vulture pointed out recently, Jessica's one-liners are top-notch and nothing to fool around with. Kind of like her mothering style, which is strict — always be listening to her, never forget — but supportive. She wants her kids to be the best and doesn't mind being a bit of a crazy mom to get it. This is the woman who told her kids, "If you're going to do something, be the best." But Jessica is also her sons' biggest ally. In case of emergency, call Jessica Huang.

This unexpected new mom takes her job seriously, always trying to do what's best for her baby boy. But, since this baby wasn't planned at all, Jane is also trying to make sure she continues her path to becoming a novelist. Jane shows that motherhood is trial and error, and that sometimes things won't go your way. Jane The Virgin also shows how important it is for a new mom to have a support system. She's surrounded by her own mother and her grandmother, who are a big help in raising her child while she continues to work and go to grad school. It takes a village (or a lot of Villanuevas) to raise a child, and this show makes it clear that there's nothing wrong with that.

This show proves that a mother's love is the greatest love of all, even when it may be a little too much. Beverly is a classic smother mother, who just can't help but overwhelm her kids with love. The matriarch of the Goldbergs may take it too far sometimes — she really likes calling her kids "delicious" — but it's so genuinely out of love that you can't help but laugh and respect this mom's inherent ability to love and then love some more.

This tough mother started from the bottom, and now she's here doing everything she can to repair the fractured relationship she has with her sons. After spending years in jail for her husband's wrongdoing, she's not taking the fall for anyone, but she's willing to fight for who she loves. And she's also willing to fight them — since she's been known to slap people around, including her sons. But you can't. Do not mess with this Lyon's cubs.

Sure, we know Julianna Margulies' character for being a good wife, but she's also a good mom who treats her children, Grace and Zach, with respect. She doesn't knock their choices, even if she doesn't agree (remember when she gave Grace that Bible despite her disapproval?). Instead, she's there to listen and provide support and guidance when they need it most. She's not a hands-off mom per se, but she's definitely not steamrolling anyone. It's the adult relationship that most parents want with their kids, a balance between being a friend and being an authority in their lives when they need it.

Gloria is ultra accepting of her son Manny's sophisticated taste. She's all about him being the kind of man he wants to be, which doesn't always jive with society's answer to what a man is. But buck that tradition, because Gloria will never let anyone tell her son he's anything but perfect.

11. Marge Simpson on The Simpsons

Marge is the saintly mother who manages to stay calm no matter what happens in the Simpsons house. As Time points out, Marge's hair is as big as her heart, but that doesn't mean she doesn't get frustrated sometimes or feel unappreciated. She's a calm, level-headed person, who balances out Homer's craziness and supports her kids no matter what. She also doles out gems like this, "Our differences are only skin deep, but our sames go down to the bone.” Marge chooses to be a full-time mom and devote herself to raising her kids. She's the glue who keeps the Simpsons family together, and don't you ever forget it.

These 11 moms may or may not remind you of your own, but it's safe to say that they're each changing the way we think about mothers. They're no longer some sacred being. They're just people, doing the best they can.