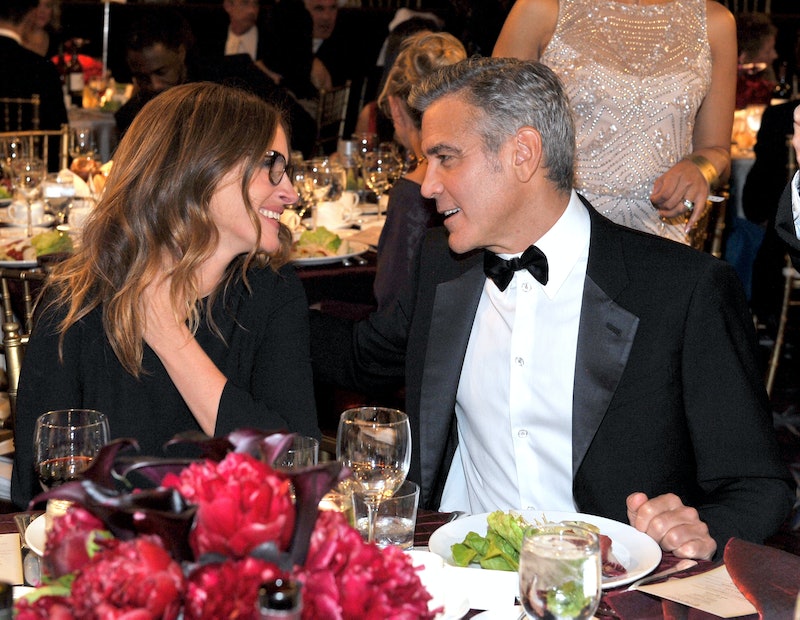 There's something particularly terrifying about the concept of a crisis playing out on live television. That's exactly what happens in Jodie Foster's upcoming thriller Money Monster , a film about what happens when television personality Lee Gates (portrayed by George Clooney) is held hostage in the middle of his news segment. The man who wants answers from Lee is Kyle Budwell (Jack O'Connell), a person who lost his life savings after listening to the financial advice Lee dished out on his show. In this exclusive clip from the film, the cast explains the literal meaning of Money Monster — and it turns out that the title has way more meaning than one could have expected.

The exclusive clip also dishes on the relationship between Clooney's character Lee and Julia Roberts character Patty. In the film, Patty is Lee's producer, and quite literally the woman whispering in his ear during his show. When things go awry on camera, Patty is the one who has to keep Lee, and the situation, under control. As things slowly descend to chaos, Patty is the only thing keeping Lee grounded in what is a terrifying life or death situation.

Money Monster hits theaters on May 13, 2016. Check out the exclusive clip below: