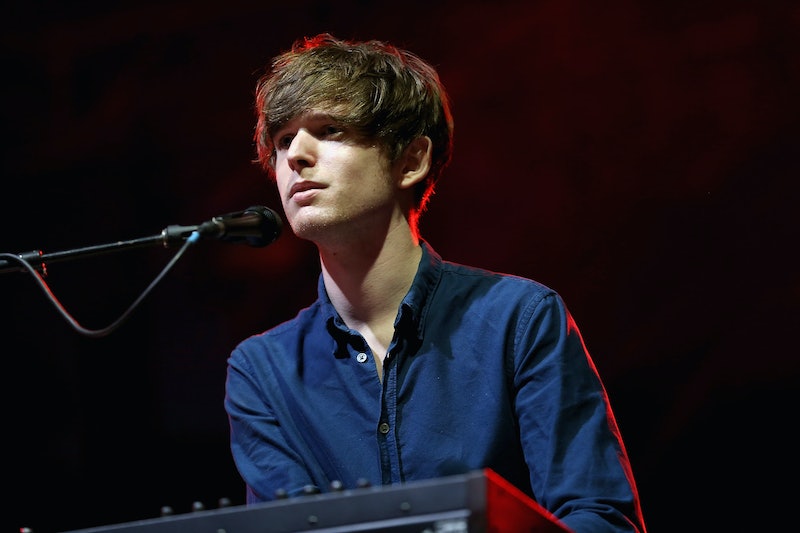 James Blake seems to be following in the foot steps of his recent collaborator, Beyoncé. When the clock strikes midnight (British Summer Time), Blake will release T he Colour in Anything, his first album since 2013's Overgrown. If the British electro-soul musician doesn't sound super familiar to you, then maybe Blake's appearance on Beyoncé's Lemonade will. He wrote and performed several songs on Bey's own surprise album, which leads me to speculate: Will Beyoncé sing on James Blake's The Colour in Anything too?

While it's still very possible, (the Beyhive knows to never be surprised by what the Queen does) the British musician hasn't alluded to a Bey collaboration. He recently released The Colour in Anything's full track list on his Instagram, and none of it points to a Beyoncé appearance (even though I was personally holding my breath for a "Forward Part II"). So it's looking like the answer to that question is probably not. However, if you enjoyed either "Pray You Catch Me" (co-written by Blake) or "Forward" (co-written and featuring his vocals) then I think you'll find The Colour in Anything worth your time. And if you're already a Blake fan, this is just plain old good news.

As another glimpse into the album, Blake's "Radio Silence," "I Need a Forest Fire" (featuring Bon Iver's Justin Vernon), and "My Willing Heart" were made available on Spotify — and then YouTube — this afternoon. Blake has been steadily releasing tracks over the past few months (starting with "Modern Soul" in February, followed by "RPG" and then, "Timeless") so fans of his might not find this album's release so shocking after all. He's also heightened his promotions for the upcoming album with billboards in both London and New York.

Earlier this week Blake confirmed The Colour in Anything 's cover artwork — a bleak portrait of a man standing alone in a open, stormy field — was created by Roald Doahl's illustrator Sir Quentin Blake. A fitting image for the heavy and often somber sensibilities of Blake's music.

With the massive success of Lemonade, and a new surprise album coming out, it's fair to say that James Blake is at the top of his game right now. Regardless of whether or not that has to do with Bey, I'm happy for him and can't wait to check out The Colour of Anything when it drops tonight.