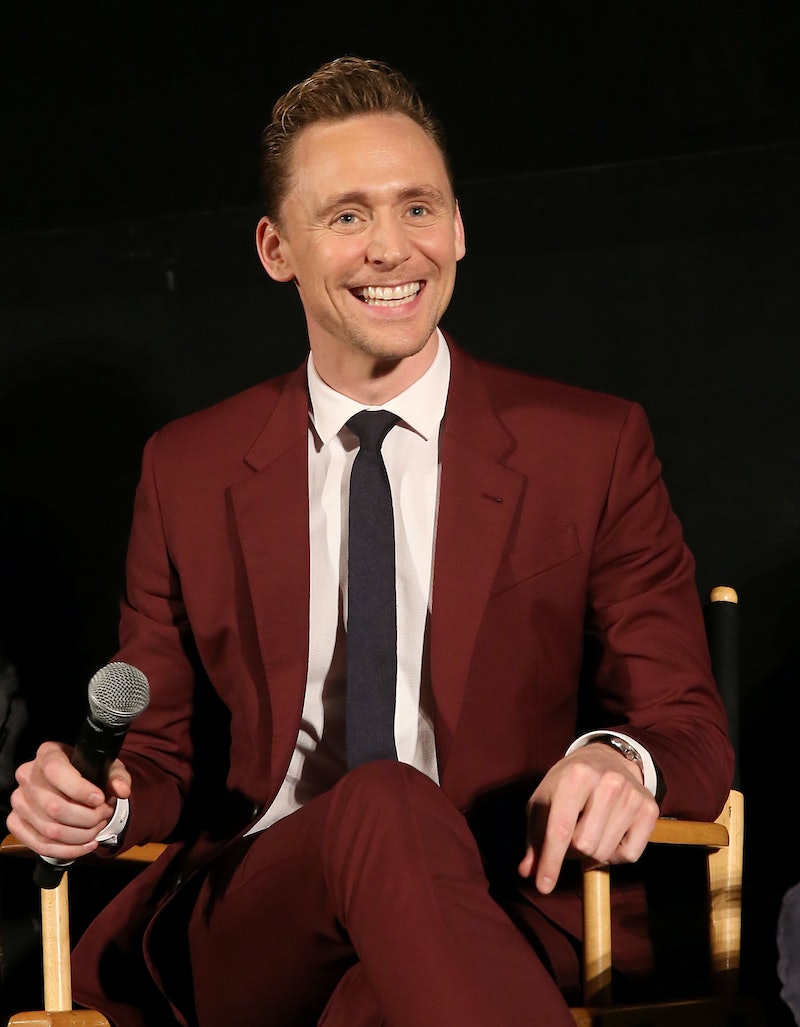 Whether he's dancing, acting, singing, or showing his feminist side, there's no doubt that Tom Hiddleston can woo just about anyone. Well, he just solidified that fact even further. While appearing on BBC Radio 1, Tom Hiddleston seductively read math equations. Yes, you read that correctly. He was asked to use his sexy voice (and by "sexy voice," I mean his actual voice, because it's already sexy, duh) to read common mathematical equations, including Einstein's Theory of Relativity, the Pythagorean Theory, and Pi.

The equations are something most everyone has learned in school, but T. Hiddles manages to make them sound really intriguing and sexy (you know, if you don't already find them both intriguing and sexy). Obviously, this is all for fun and a great way to make Hiddlestoners faint (I was close), but there is a bigger message here behind the Crimson Peak actor's bit.

Plus, the 35-year-old actor also proves how sexy and interesting STEM (science, technology, engineering, and mathematics) subjects can be. Far too often, anyone who is studying those subjects or has a STEM-related career is categorized as being a "nerd" or "dorky" or "geeky." Well, that's a ridiculous generalization and so not true. Also, who's to say that being a nerd isn't sexy? Hence, Tom Hiddleston. He totally just made math sexy and I bet no one is complaining about it one bit.