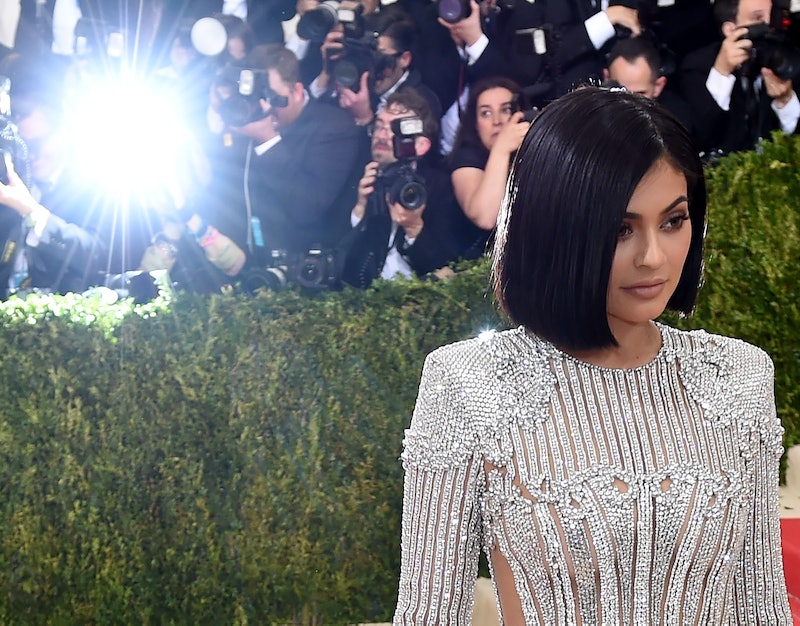 TIMOTHY A. CLARY/AFP/Getty Images
By Sabienna Bowman
May 6, 2016

The Kardashian family is gaining two more members now that Blac Chyna and Rob Kardshian are pregnant with a baby together and have gotten engaged. Of course, this new bundle of joy is also adding a confusing new branch to the Kardashian/Jenner family tree. The big question is how will Kylie Jenner and Blac Chyna's baby be related? Because Jenner is Rob's little sister, but she is also dating Blac Chyna's ex, Tyga. Blac Chyna and Tyga have a 3-year-old son named King Cairo together, making this a very modern family arrangement. So let's break this family tree down.

With Blac Chyna and Rob engaged and expecting, Blac Chyna will soon be Jenner's sister-in-law, which makes Kylie the new baby's aunt. Meanwhile, if Kylie and Tyga ever decide to get married, she would be stepmom to King Cairo, and an aunt to his baby sister or brother. (If you want to get even more specific, she will soon be King Cairo's step-aunt with the potential to become his step-mom.) Got all that? No? Well, it's complicated, but the good news for this new little baby is that he or she is joining a sprawling family full of love.

While Blac Chyna and Jenner have had their disagreements in the past, a source recently told Entertainment Tonight that Jenner has made peace with the relationship. With a new baby on the way for Rob and Blac Chyna, here is hoping the Kardashian/Jenner family can put the past behind them and embrace the couple as part of their crew. The Kardashians seem happy to be close with Rob again, and adding a new baby to the mix sounds like good news.

While this situation is a little weird for Kylie — hey, not many people can say they are dating their brother's fiancée's ex — she is gaining another new niece or nephew, and that is always fun. Kylie is already an amazing aunt to her sisters Kim and Kourtney's kids, so there is no reason she shouldn't be an awesome aunt to this baby as well. Since it looks like Tyga and Blac Chyna's romantic relationship is firmly in the past, Kylie can embrace her brother's relationship while also getting on with the business of living her busy life.

Again, though, the best part of this news is soon there will be another little Kardashian baby to hangout with Reign, Mason, Penelope, North, and Saint. Honestly, the only downside for Kylie is babysitting her entire brood of nephews and nieces is going to become even crazier than it was before. But, like most aunts, she probably loves every minute of it.