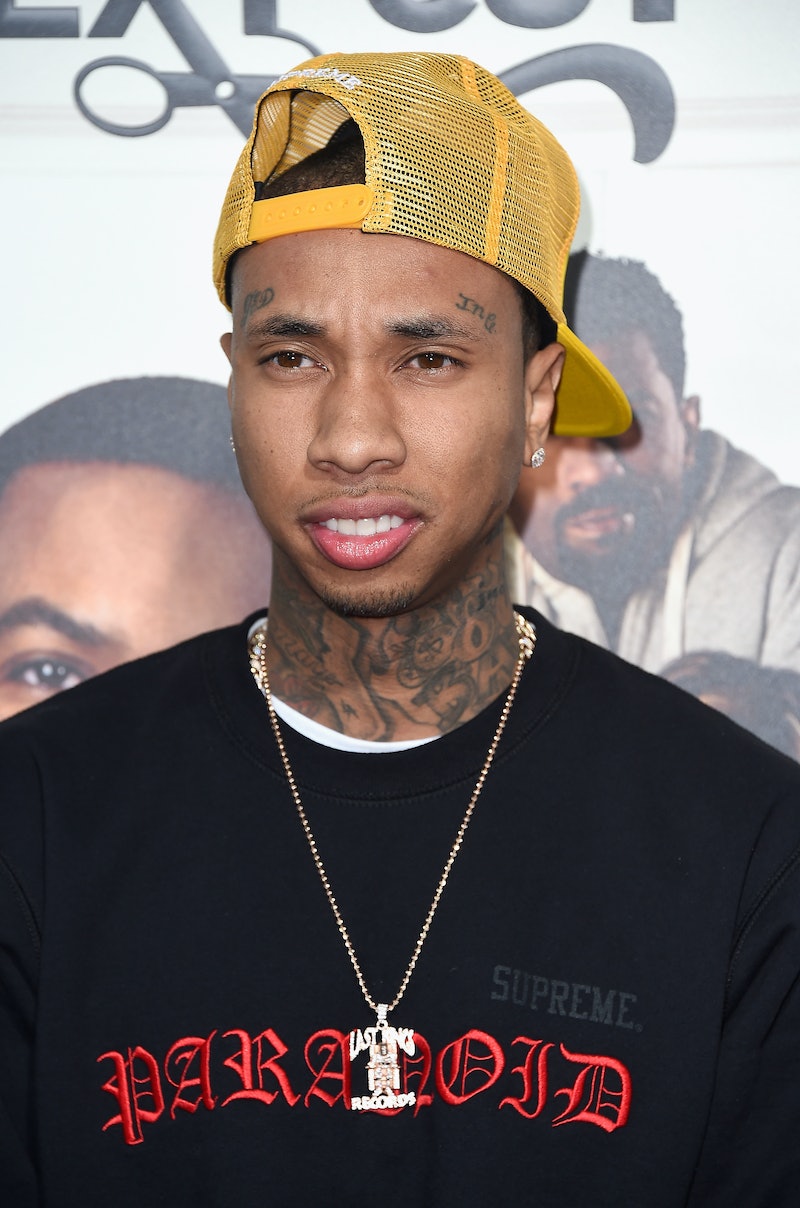 If there was an actual award for this sort of thing, Kylie Jenner would be the queen of Snapchat. She's known for posting an endless amount of videos and giving fans an inside glimpse of her life. It looks like the obsession rubs off on those around her, since all of her sisters have since joined about the app. If you've ever wondered about her boyfriend, he's on there too. So, what's Tyga's Snapchat name? It's a little less straightforward. You can find him at: lamboluxury. In case you're curious what that means, I'm guessing it has to do with his love of cars — which also make an appearance in his posts.

Considering Kylie is forever posting videos about her life, it makes sense that the rapper wanted to share his side of the story on the app. It's a perfect way for fans to get to know Tyga better. In this day and age, it's actually way faster than Twitter. I'd say that 10-second videos can tell more than an 140-character tweet, since you can see and hear the stars firsthand.

I can't be the only one who wonders what Tyga posts on Snapchat, so I've decided to do all of us a favor and do some digging. If you do decide to follow him, here's what you'll find.

Tyga frequently appears in Kylie's Snaps, so it makes sense that the opposite is true. From the looks of it, they spend a majority of their free time together.

Who knew he was such a photographer? This makes me want to travel ASAP.

On an episode of Keeping Up With The Kardashians, I learned that TYGA is actually an acronym for Thank You God Always. Plus, his mom told him he looked like Tiger Woods as a kid. But there definitely is a connection the actual animal when you see his Snaps. Just look at that cute creature drinking from a bottle!

Because he's so cute, I couldn't resist throwing in more photos.

Just like everybody else, Tyga is a sucker for those location geotags. How else is everyone supposed to know where he's traveling?

Now that "LamboLuxury" name makes a whole lot of sense.

From sunsets to his son, there are plenty of reasons to add Tyga on Snapchat. It'll give you a chance to see his life, not just through the lens of Kylie's videos.