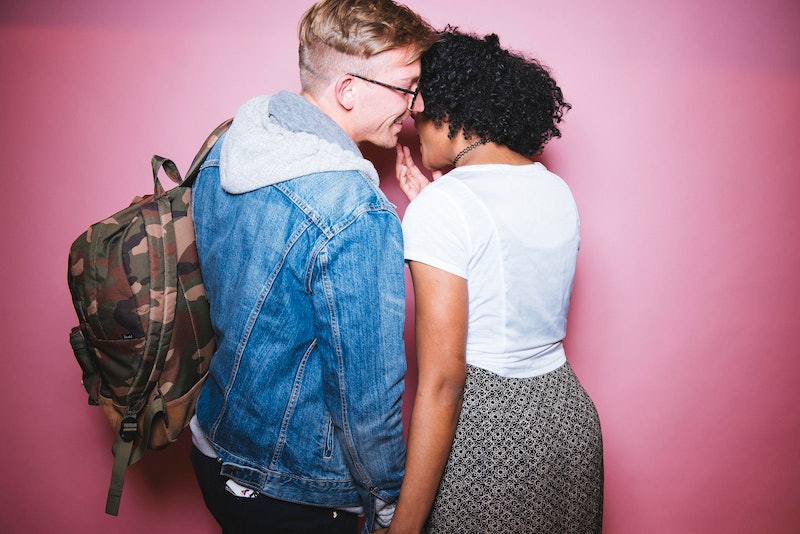 With so many people threatening to move to Canada if Donald Trump becomes president, it was just a matter of time before someone would come up with a plan to help all these potential expats. That’s where the dating site Maple Match comes in to save the day. Maple Match was specifically created to match Americans fleeing a Trump-run country with Canadians. No, this is not a joke, nor is their slogan, “Making dating great again.”

As the CEO of Maple Match, Joe Goldman, told Cosmopolitan, the only joke in this equation is Donald Trump, adding, “Finding true love in a place where you can be happy is not a joke.” The man does have a point. The site promises to match Americans to their perfect Canadian counterpart so as to “save them from the unfathomable horror of a Trump presidency.” Not only is the site very real, but it’s so in demand at the moment that there’s a waiting list. Yes; people all over the United States are on a damn waiting list in the hopes of procuring a Canadian of their dreams so they can make a run for the border if Trump does become president.

Before you jump in your car and start driving north in the hopes of finding yourself true love in Canada, here are six things to know about dating, love, and sex with Canadians. But first, check out the latest episode of Bustle's Sex and Relationships podcast, I Want It That Way:

1. Canadians Are Less Concerned With Marriage Than Americans

According to research by The Future of Children, Canadians aren’t as into marriage as Americans are. People of various countries were asked whether or not they felt that marriage is outdated. While 10 percent of Americans said it was, 22 percent of Canadians agreed. Basically, they know love doesn’t require a legal certificate.

2. If You Don’t Want To Divorce, Avoid Quebec

Although the divorce rates in the United States and Canada are pretty similar, Quebec has the highest divorce rate in Canada with 48.8 percent of first marriages ending in divorce. Newfoundland and Labrador, however, have the lowest rates of divorce in the country, at 21.6 percent, which is impressively low!

3. Canadians Wait Longer Than Americans To Get Married

4. Sex Education In Canada Is Far Superior Than It Is In The United States

The United States has the highest rates of teen pregnancy and STD infections among all the developed countries in the world. While many school districts here fight for abstinence-only education, in Canada, things are different.

5. Canadians Appear To Be More Romantic

6. Canada Made Same-Sex Marriage Legal A Decade Before The United States

So yeah, dating and falling in love with a Canadian is looking pretty awesome.