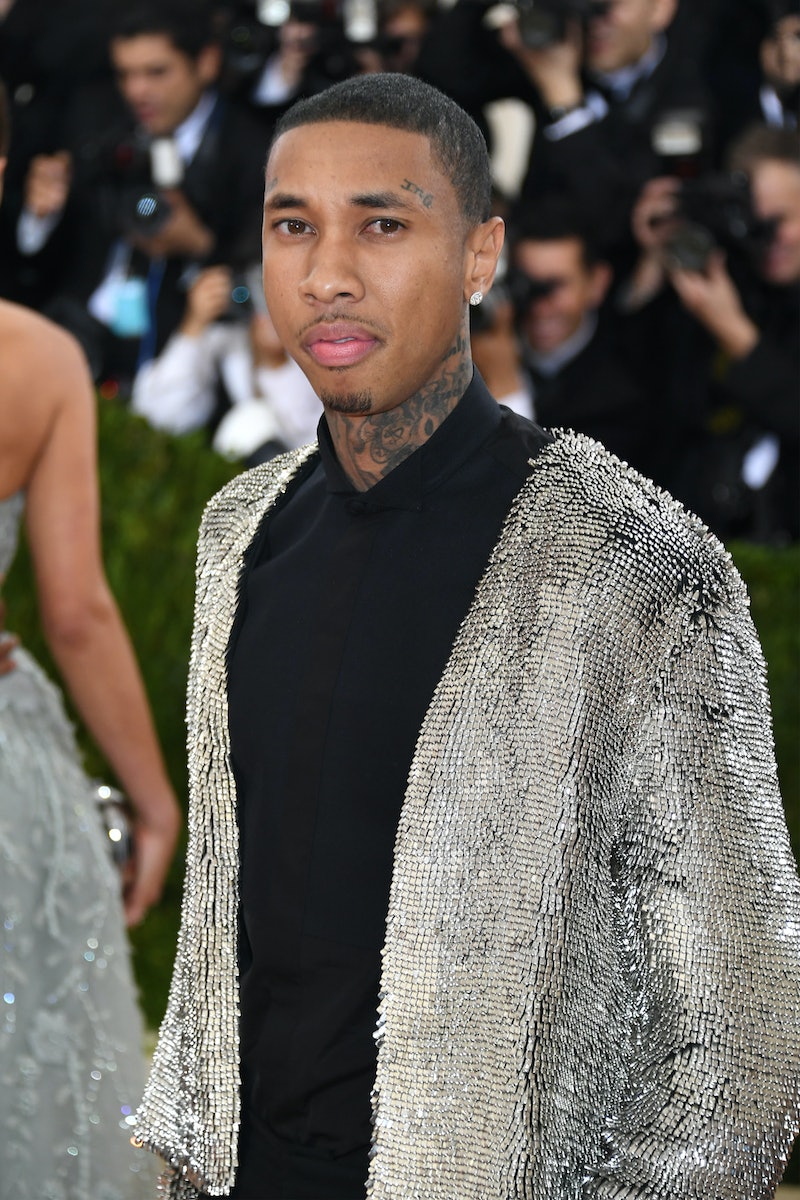 Break out the birth announcements, because an heir to the Kardashian family name is officially on its way. Yes, after years of Disicks and Wests, a Kardashian child who will bear the same name as his or her famous family is on the way. On Friday Rob Kardashian and Blac Chyna announced that she is pregnant with their first child via Instagram. The announcement came as a shock to fans around the world, who were just getting used to the idea of these two lovebirds as a newly engaged couple. But as soon as the news was announced, TMZ reports, ex-fiance Tyga allegedly responded to Blac Chyna's pregnancy on Instagram, and, you guys, it was super sweet.

The Shade Room posted a screenshot of the comment that Tyga allegedly made on Blac Chyna’s pregnancy announcement, and, if the rap star did in fact make it, it’s a pretty generous comment considering their history. Especially since he is currently dating Rob Kardashian’s sister, Kylie Jenner, and is also the father of Blac Chyna’s son. But the rapper doesn’t seem to be letting those close dating quarters get the best of him. If he did post that comment, which read, “Congratulations” followed by a celebratory emoji, he could be celebrating the news just as much as anyone else in the family would.

This isn’t the first time that Tyga has shared his enthusiasm for his ex-girlfriend’s happiness. When she and Kardashian announced their engagement, he tweeted the following: “It makes me happy to see the mother of my son happy. My only concern in this situation is my son. I want him in happy environments.”

So it looks like, despite rumors that there was tension between the Kardashians as a result of Rob and Blac Chyna dating, that there is likely nothing but love from Tyga over this news. And why wouldn’t there be? With their growing brood of beautiful babies, the Kardashians are in the baby making business these days. And if it means even more adorable babies bundled into their annual Kardashian Christmas card, then I say bring it on.