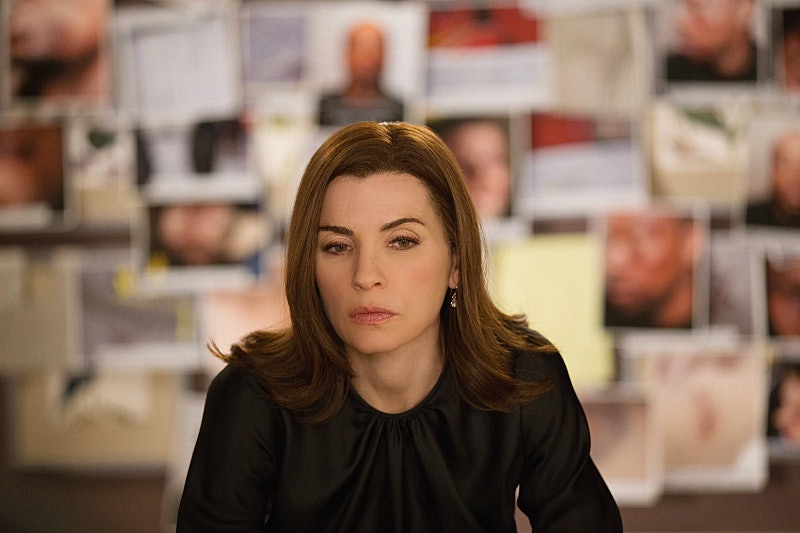 Julianna Margulies was 43 years old when The Good Wife premiered in September of 2009. Most TV shows don't follow characters long enough to see them reach age 43, let alone start there. On television, middle age is too often portrayed as a stagnant time of unhappiness. Characters of a certain age tend to be shown longing for their past and making changes in their life to try and recapture what made them happy in their youth. For Walter White, it was gaining power and respect to make up for not being more successful. Don Draper wanted to make up for his lack of a normal childhood by being able to get whatever he wanted, whenever he wanted it. However, for Alicia Florrick, there was nothing to look back too. She Florrick never looked back, she only looked forward — and so did The Good Wife .

The characters of The Good Wife spend very little time getting caught up in nostalgia because there's an understanding that things weren't much better then than they are now. Sure, Alicia may occasionally wish for a time when her husband hadn't cheated on her and she was a normal stay-at-home mom with normal responsibilities. But that wasn't much better than her life now, so instead of trying to go back to a "normal" life, Alicia grew into herself and taught viewers a few lessons about growing older along the way.

It's Never Too Late To Change

When looking at television and other forms of fiction as an escape from life, it's no wonder that most stories are centered around young adults and twentysomethings. They're interesting, they're changing, they're still figuring out who they are. There's an expectation, however, that once you become an adult you are locked into place. The time for experimenting is done and it's time to stop your adventures and settle into your role. People over the age of 40 in fiction don't change much and are often placeholders in other people's stories.

The Good Wife deconstructs this by not just being a story about people in that age range who want things, but by becoming a 'coming-of-middle-age' story for Alicia. She goes from supportive wife to compliant employee to powerful boss to cunning politician within the span of seven seasons. Alicia's relationship with her children is regularly in flux, even refusing to speak to her son for an extended period of time. Things are always changing in Alicia's life, but she constantly manages to bounce back from the lows and become the strong, confident version of herself that she wants to be.

Life is never going to be as interesting as it is on television. Starting in Season 5, Alicia Florrick is occasionally seen watching the fake television series Darkness At Noon , a parody of the gritty prestige dramas that have become increasingly common on TV. Darkness At Noon showcases the typical view in television of what it means to be an interesting character over the age of 40. Conflicted, male, complicated, shoots first asks questions later. However, anyone worried that they won't be as interesting as they were when they were younger probably won't be able to turn to a life of crime to find a new sense-of-self. Alicia Florrick certainly can't — she's got too much going on.

Alicia Florrick's personal issues are far from extravagant, often dealing with clients and friendships and politics of one breed or another. No grand conspiracies or plans. Alicia Florrick is one of the most relatable characters on television, and she is also strong. She is witty. She uses her intelligence to get what she wants. She has both successes and failures. There are so many things about Alicia that could define her — lawyer, politician, mother, daughter, wife, — but instead of just being any one of those things she is all of them.

Many people on television who reach a certain age are relegated to roles of "teacher" or "cop" or another occupation that replaces a job title for a name. When you're younger, characters in TV and movies can make it seem like everyone past a certain age has "sold out" and relegated themselves to a life in an office, going to work and then going to bed and repeating the cycle. Alicia Florrick, for seven seasons, proved that growing old doesn't mean giving up anything about yourself. No matter what old you are, you can still find new love, you can still set your own goals, and you can still change.

Women and men just like Alicia Florrick are everywhere. People with jobs and families that are so much more than their jobs and their families. As you grow older, you can continue to offer your time and energy to other people and institutions, but you can also continue to grow and work towards becoming the person you want to be. Even though The Good Wife is ending on May 8, I like to think that Alicia will never stop growing and changing. No matter what challenge approaches her, she will continue to hold onto all of her principles and refuse to let anyone else define what being 50-years-old means for her, and as I grow old I will strive to do the same, all thanks to her.