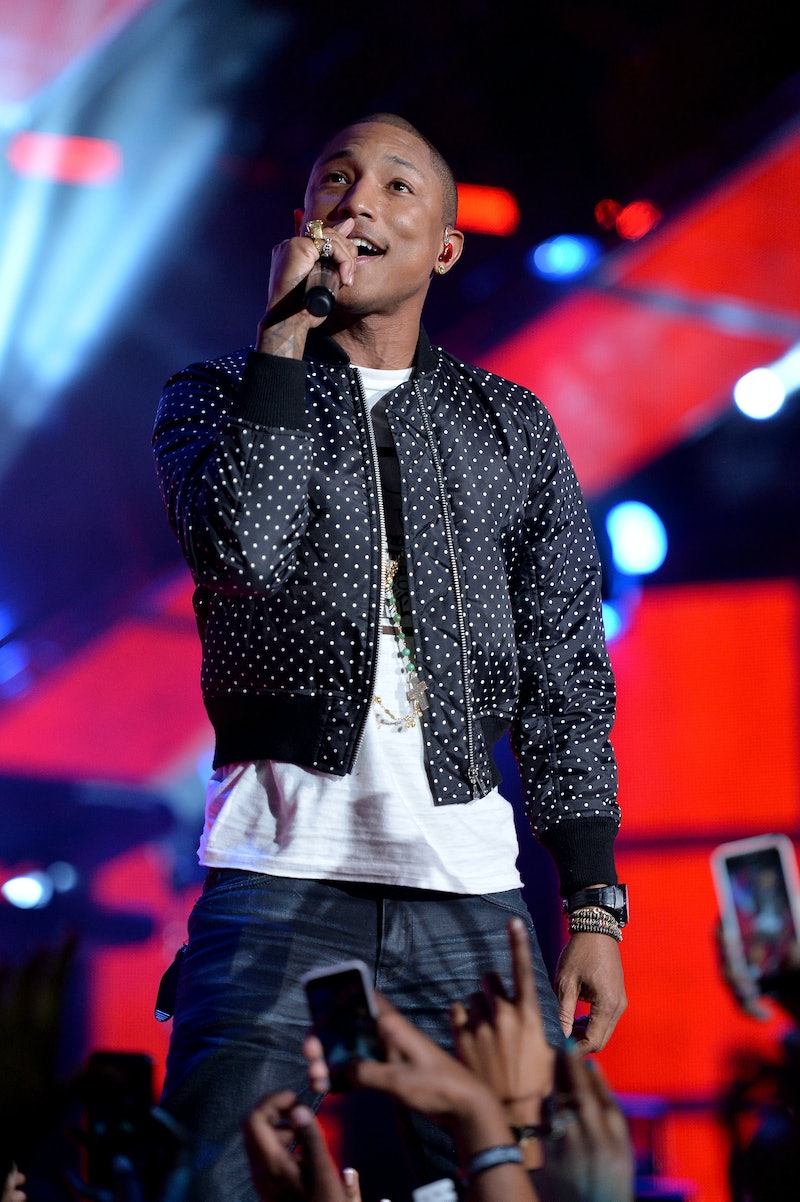 There are a lot of flaws with that line of thinking. One being that we have no idea whether the director really was a feminist. Williams may have a completely different definition of feminist, or might think that woman = feminist, or a whole host of things. But even if the director was a feminist, that doesn't automatically make everything she does feminist. Plus, even if the so- called "treatment" was okay, we have to remember that when asked about it Robin Thicke said a whole lot of things confirming that it was in fact degrading to women:

“People say, ‘Hey, do you think this is degrading to women?’ I’m like, ‘Of course it is. What a pleasure it is to degrade a woman. I’ve never gotten to do that before.’”

This deplorable statement from the song's artist confirms what everyone already knew: that yes, "Blurred Lines" is degrading, no matter who directed it, because the man behind it meant for it to be degrading.

But it's not just the feminist excuse that Williams used that seems insensitive towards the issue, but the fact that he used two of the lyrics to try to make us ignore the rest of the lyrics. Oh, well as long as the song says "That man is not your maker" then all of the other questionable lyrics like “I know you want it,” and “The way you grab me, must wanna get nasty” become harmless, right? Wrong. One decent line doesn't render the rest of the song acceptable.

But the interview didn't stop there and Williams dug himself into a deeper hole when asked if he was going to take the "sexy" out of his videos any time soon. "Oh no," he answered. "I want to support women, but that doesn’t mean I won’t make another song where girls’ behinds are everywhere."

I don't really even have a comment for that last quote, I just wanted to put it out there so you can see how contradictory this man is and how his grasp on what's degrading to women is so vastly out of touch. Better luck next time, Pharrell.