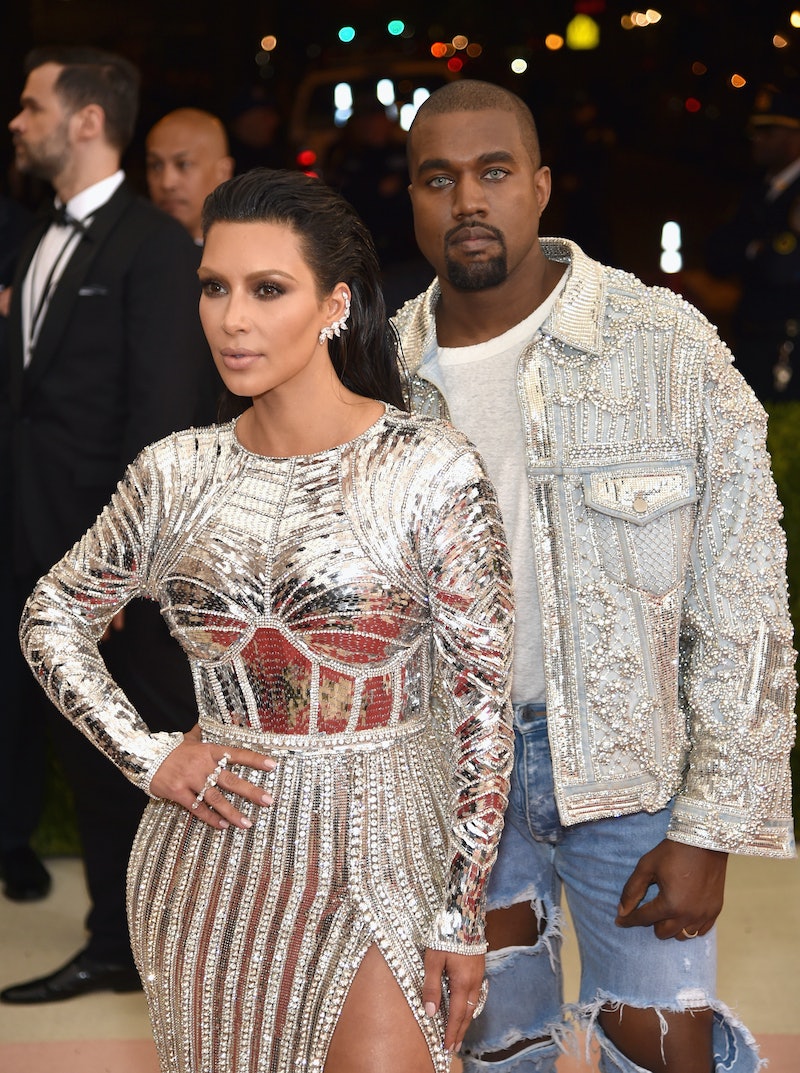 When it comes to celebrating birthdays and holidays (or, really, just everyday life), the Kardashians, unsurprisingly, tend to go all out. There are no simple greeting card wishes or subtle bouquets given in this family — instead, there are giant flower walls, massive pieces of jewelry, and trips to private islands. This fam likes to go hard in their celebrations, and so it should come as no shock that the present Kanye West gave to Kim Kardashian for Mother's Day was absolutely epic.

To honor Kardashian, the mother of North, 2, and Saint, 5 months, West decided to forgo any traditional gifts (or maybe, he gave those and also gave this) by bringing in an orchestra to perform in the couple's living room. Yes, really — an entire orchestra, giving a private performance in the Kardashian-West home. In Snapchat videos taken by Kardashian, a large group of musicians are seen performing a gorgeous medley of songs in the couple's giant living room, while Kardashian and North look on from upstairs. Judging by the number of Snapchats posted, it seems that the reality star was thrilled to receive West's gift, and North looks aptly amazed by the number of musicians performing in her living room.

Check out some of Kardashian's videos, below:

Including one of the orchestra playing "Tomorrow" from Annie:

Jealous yet? Once again, the Kardashians have proven that they do celebrations like no one else. The stakes for Father's Day have never been so high...