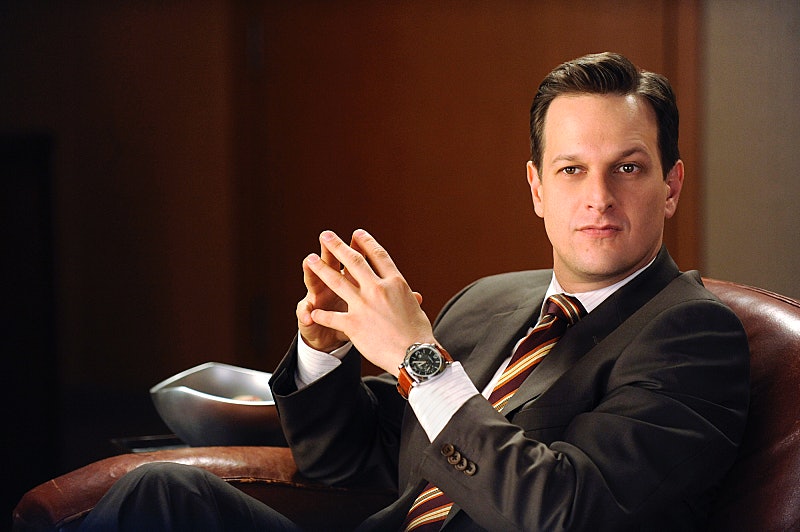 It happened: Will Gardner returned to The Good Wife . No, he didn't rise from the dead (though I'm sure Will and Alicia shippers wouldn't have minded), but he did appear in the series finale, "End." Good Wife fans expected a lot from the series finale, but at the top of the list was an Alicia-Will reunion. And, while fans will never get the chance to see Alicia and Will ride off into the sunset together, at least they got something. Will returned for The Good Wife finale to offer Alicia some much-needed advice.

Fans haven't seen Will on The Good Wife since his shocking death in Season 5, though actor Josh Charles did lend his voice to the show last year. But his relationship with Alicia has loomed large over the past two seasons, and so his return was a nice and well-deserved nod to the love story that anchored the first five seasons of the show. In "End," Will appeared in Alicia's mind after Lucca confronted her with a simple question: who would she want to come home to, Peter or Jason? When imagining both, Alicia couldn't help but to also imagine what it would have been like to go home to Will (cue the tears now).

As if that wasn't enough, Will actually stuck around, giving Alicia advice with her case and, when it came time to do it, helped give her the push she needed to decide to leave Peter once and for all. "Go to him," Will said. Alicia listened, but not before she embraced Will and told him, "I'll love you forever." (And, thus, sent us all into uncontrollable sobs.) Whether or not she actually ended up with Jason is another story...

Will and Alicia forever!