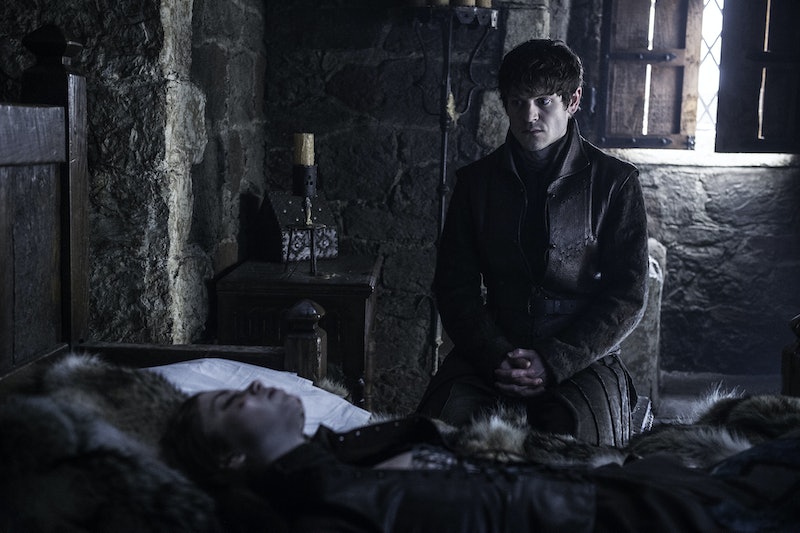 You know how sometimes you just have one of those days that feels like a nightmare? Well, that's a feeling that Rickon Stark is going to become very acquainted with in the next few weeks. That's right, my friends — Rickon Stark has returned to Winterfell on Game of Thrones , but I think we can all agree that it is not going to be a pleasant experience for the youngest Stark boy, particularly because of who's running things in Winterfell. I'm referring, of course, to Ramsay Bolton aka the very last person you would ever want to run into, EVER. So what's Ramsay going to do with Rickon now that he has another Stark in his psychotic grasp? The answer to that question is probably too heinous to comprehend.

I mean, just look at everything Ramsay did to Theon and Sansa, and that was before he lost both of them as prisoners and his girlfriend, so he's probably been itching to torture someone for quite some time now. But, this will go beyond his own sick sense of amusement. Odds are he'll also intend to use Rickon as leverage in the upcoming war. Sansa may have escaped his wrath, but that doesn't mean he can't still control her in some way and Rickon would make for the perfect bargaining chip. Sansa may be terrified of Ramsay, but there's no way that she'll stand for the idea of her brother being held hostage there, especially considering how sick and twisted she knows Ramsay to be.

Basically, the main gist of this plot twist is simple: If Rickon thought his life sucked before this point, then he's about to get a severe wakeup call. You could not ask for less gracious host and Ramsay is going to make sure it'll be a welcome home party poor, innocent Rickon won't soon forget. Even if he wanted to.