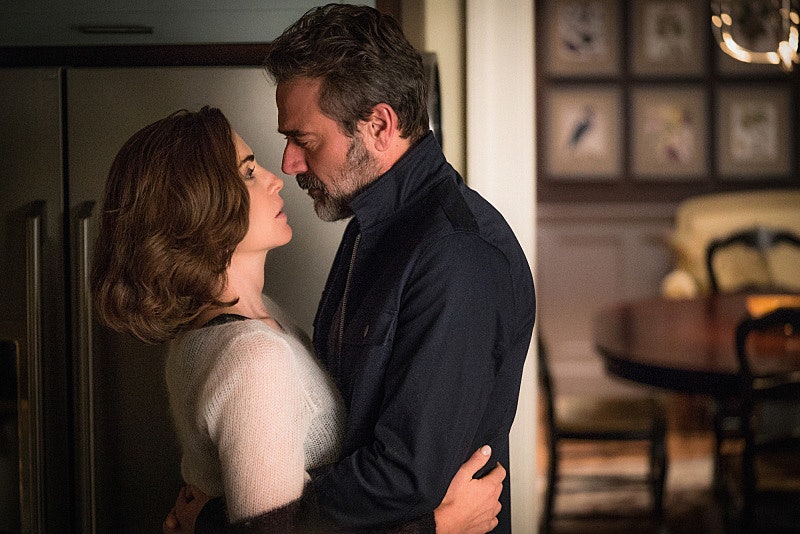 Alicia had a choice to make in the series finale of The Good Wife : stay with Peter or move on with Jason Crouse. And, with a little help from her old love Will Gardner, she was able to make a final decision for her future. Jason and Alicia both want to be together, that much is clear, but Peter's potential jail time put a very big block in their road as a couple. As Jason confessed to Lucca last week, he doesn't think Alicia would leave Peter if he went to jail. It's a sentiment he communicated to Alicia in "End" when he told her that she likes to be needed, and, right now, Peter needed her more than he did. In the end, Alicia chose Jason on The Good Wife , but his choice was left a mystery.

After talking to Lucca about Jason, Alicia realized that she had to make a choice between Jason and Peter. Sure, her marriage to Peter has been over for years, but Jason is a wild card who doesn't like being tied down. Taking Lucca's advice, Alicia decided to sit down and imagine coming home to Jason (and two full glasses of red wine) and then imagine coming home to Peter. Who would she want to see every night? The answer, well, was Will Gardner, but that's another love story for another time.

With Will's help, Alicia was able to see that her marriage to Peter was truly over. Just because he wants her to stand by him, like the Good Wife she's always been, when he resigned as Governor, doesn't mean she has to stay with him. She can support him and leave him, and she should. Instead of ending where she started, Alicia left Peter standing on the podium to try to chase after Jason, who...was nowhere to be found.

Earlier in the episode, Alicia asked Jason to wait for her. Whether that meant to wait until Peter's trial was over or until she could divorce him was unclear, but that was the last time she saw him (that we know of). Despite leaving him a message, saying she needed to talk to him, Alicia wasn't able to tell Jason how she felt before the end of the episode.

There's a good chance that Jason ran away scared, but even if he did, knowing that Alicia is ready to divorce Peter is good enough for me.