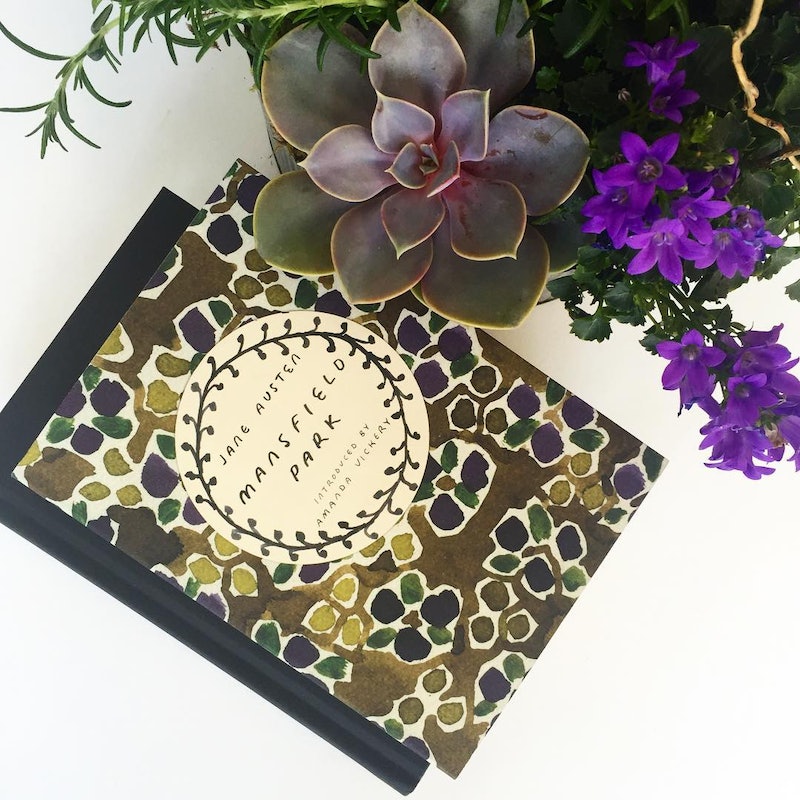 I have always enjoyed the classics, but I avoided Jane Austen's novels because I didn't think I cared for love stories or weak-kneed women. You can imagine how surprised I was when I finally got around to reading Pride & Prejudice, Emma, Mansfield Park, and her other classics and found them filled with feminist lessons from Jane Austen's heroines. For 200-year old novels about marriage and manners, they're a lot more modern than you'd think.

Each of Jane Austen's heroines are admirable in their own way, and each of their stories have helped teach generations of readers about romance, familial relationships, and being true to oneself, but some of the most valuable lessons Austen's characters had to share were feminist ones. Although Austen's novels were written close to 100 years before the word "feminism" came to exist, the core values of the ideology — women's equality and independence — lined the pages of each one. Austen's characters themselves, from the clever Emma Woodhouse to the independent Lizzy Bennet, have become literary feminist icons, despite the fact that they existed at a time when women were expected to be anything but.

Jane Austen's work is praised for many reasons, from its timeless love stories to its beautiful prose, but one of the most remarkable things about it is its inspiring attitude about women's independence and equality. I didn't always believe it myself, but here are 5 feminist lessons from Jane Austen's heroines that prove how forward-thinking these classic novels really are.

Be true to yourself, and don't let societal expectations restrict your happiness.

Poor Anne Elliot, Persuasion 's heartbroken heroine who was robbed at a chance for love when the pressure of her family and peers kept her from following her heart and marrying the man she loved, Frederick Wentworth. Don't be too sad for Anne, though, because her experiences shaped her into a fabulous feminist role model. After letting go of her independence and ability to choose as a teen, Anne grows into a woman who relies on her own judgement and instincts to guide her choices, not others. She eventually finds happiness at the end of the novel by doing what she should have all along: throwing societal expectations and family pressure out the window and following her heart.

Women should be able to freely and honestly speak their mind.

Northanger Abbey 's tomboy heroine Catherine is an outspoken young woman who voices her thoughts throughout the novel, even when she is expected to stay silent. Catherine not only speaks up for herself, but she also encourages Henry Tilney to speak out about his own feelings, teaching him an important lesson about open and unrestricted conversation. Just as she should be free to voice her opinions, Henry should feel free to speak from his heart, a typically "woman-like" thing to do.

Of all of Austen's heroines, Pride and Prejudice 's Elizabeth Bennet is the most obvious feminist role model. She speaks her mind and makes her voice heard, even to people who don't want to hear it. She's loyal to her family and sensitive to the societal norms of the time, but she doesn't let either of those things dictate her life or choices. Elizabeth could teach readers a lot of feminist lessons, but perhaps the best and most simple is to do things on your terms and not other people's. Women are so often told to look, act, talk, behave, and make choices a certain way, but if we learned anything from Lizzy, it's to follow our own hearts and do things for ourselves and not for others.

Though she may seem silly and girlish, Emma is one of Austen's greatest feminist heroes. Unlike so many other characters, Emma has money and is able to live independently without the prospect of marriage, and she takes her independence seriously. She likes to be in charge, even to the point of becoming meddlesome, but she unapologetically takes control of the people and events around her. She doesn't leave decisions or planning up to the men in her life, but instead takes charge on her own. If Emma has any feminist words of wisdom, she shares them with Beyonce: girls (can and should) run the world.

Women always have the right to chose, and need to protect it.

Fanny may seem like a shy and virtuous do-gooder who would never speak or act our for her own independence, but the heroine of Mansfield Park is more feminist than she may first appear. Despite the advantages of marrying the wealthy Crawford, Fanny refuses to be swayed by anything but her own opinions and emotions. Her steadfast refusal to let anyone or anything take away her right to chose a husband is a powerful message about a woman's duty to stand up and protect her own choices and the ability to make them independently.