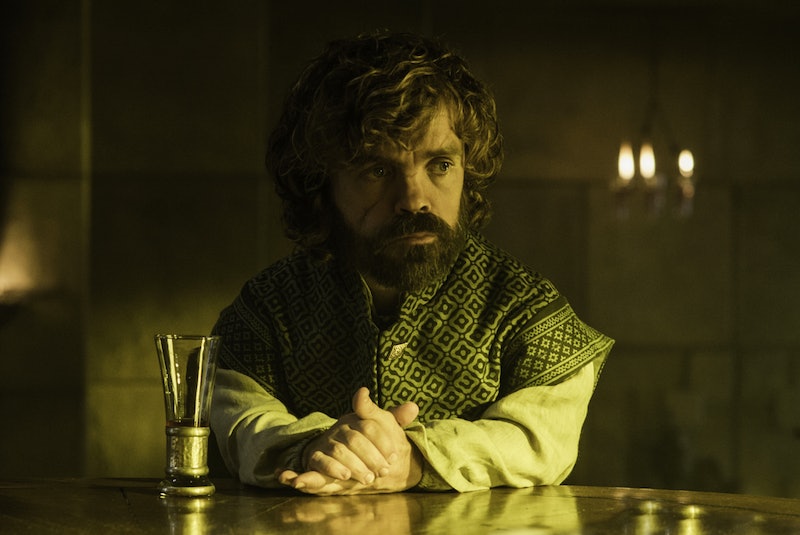 Watching Game of Thrones has always been, well, an experience, but this season is like nothing we've ever seen before. Why? Because we've never seen it before. At least we knew the Red Wedding was going to happen, and the death of Jojen Reed, etc., etc. and so on and so forth. Now, we're floating alone on an island of ignorance, on which all we can do is hope that our favorite characters can stick it out to the end. Because of this ignorance, there are certain thoughts you have at the end of a Game of Thrones episode — some of them thoughts you would have never had before.

Of course, each episode comes with its own individual feels based on the trauma our favorite characters have just undergone, but there are also the standard feelings and thoughts we encounter. Sometimes, we feel a little lost after a Game of Thrones viewing. There are a lot of feelings to be had when watching the intense HBO show, and they can get a little overwhelming. I would suggest taking 30 minutes to an hour after an episode to detox a bit and think about something that isn't dragons and Jon Snow –– as impossible as that may be. These are the thoughts everyone has after an episode of Game of Thrones.

1. Was That Really An Hour?

Time flies fast when you spend an entire episode with your pounding heart locating itself in your throat.

2. Why Am I So Disappointed?

Chances are, the writers bypassed your favorite fan theory this week (R+L=J, anyone?). It can be devastating, but, remember, you aren't a writer for Game of Thrones, so you can't guess them all. And also, you know, you miss 100 percent of the shots you never take or something like that.

3. Is There Some Content, Somewhere, So I Can Read About This?

Hurry up with that Entertainment Weekly recap! Nothing will feel real about the episode until I am certain other people experienced it, and it wasn't just an odd fever dream.

No but seriously. Why. How is that level of hotness with that goofy of hair even possible?

This one tends to just keep cycling through your head. Wow. Wow. Oh my. What an episode. Wow.

With all that Lannister alcohol intake, one might find oneself feeling the need to indulge in some wine. It will also soothe the inevitable shaking and discomfort that comes with an episode.

7. Why Didn't They Show More Of X Character?

I get this is an ensemble show, but you can't just throw somebody in one week and then completely ignore them the next week. It's downright rude.

8. I Need To Watch Something Funny And Familiar!

Cue the 50th time you watch the Buffy the Vampire Slayer musical episode.

9. What Is The Closest Animal To A Direwolf I Can Find?

After watching Jon run around with Ghost or Bran warg into Summer for an entire episode, I inevitable end up Googling "large, fluffy, wolflike dogs." Every. Damn. Time.

Once upon a time, my rage was neverending for Joffrey, then Theon, now it's Ramsay. At the end of an episode, I find myself theorizing on how they are going to die (Sansa's hopefully going to get some serious Bolton vengeance). I often wonder after I've had a good post-episode cry –– why am I so invested? These are fictional characters. But they don't feel fictional when they're flaying characters, do they?

11. I Feel A Lot Better About My Life

One of the reasons we watch horrific content is to feel better about our own miserable lives. It's called catharsis, yo.

Pretty much after every episode I find myself thinking about how at least one, and often times multiple, characters seem like they are reaching their breaking point. Usually it's Sansa or Reek — ahem, Theon.

14. How Am I Going To Survive Until Next Week?

What do people do when they aren't watching Game of Thrones? I have forgotten how to be. I can't function in modern society if all I can do is think about the fate of Arya Stark.

Game of Thrones is an amazing show, so amazing that after a watch one can be enveloped with all sorts of feels. Stay strong, Guys, we'll make it through this season together. Probably.