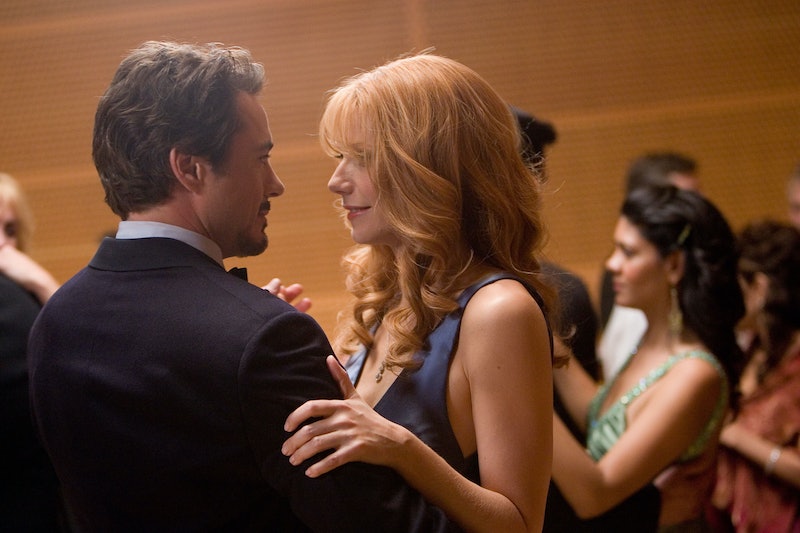 For a fantastically entertaining movie, Captain America: Civil War sure did leave fans with a lot of reasons to be sad. Not only do Tony Stark and Steve Rogers clash over the Sokovia Accords and break the team into two opposing factions, but some anxiety over a teleprompter incident reveals that Tony and his girlfriend Pepper Potts broke up. Gwyneth Paltrow appeared in all three Iron Man movies and The Avengers as the orderly, Type-A Pepper, who runs Stark Industries and — let's be real — Tony too. But Paltrow was nowhere to be found in Avengers: Age Of Ultron, and the break-up news in Civil War is a suitable explanation for an indefinite absence. True love isn't necessarily forever; Tony and Pepper's differences finally caught up with them. Should fans of the couple hold out hope that they'll make their way back to each other? Will Pepper Potts appear in future Marvel movies?

Unless Disney and Marvel have any interest in recasting the role, Pepper's future is dependent on Gwyneth Paltrow's contract. (You can't just replace an Oscar-winning actress without anyone noticing.) In 2013, Paltrow told Empire (via ComicBookMovie.com) that her Marvel duties had been fulfilled with her work in Iron Man 3. "When they signed us, they signed us for three, " Paltrow said. "So that's it for the moment, but you never know." But wait a second: three Iron Mans plus one Avengers adds up to more than a three-picture deal. Paltrow confirmed that Pepper's cameo in The Avengers was a last-minute addition. "It was Robert [Downey Jr.] who said that Pepper has to be in this movie or it's just giant snakes coming out of the sky," Paltrow explained. I mean...that's accurate.

At that time, Paltrow wasn't ruling out re-signing with Marvel for more features. "I'd be open to more Pepper because I love working with Robert and it's a great franchise," Paltrow told Empire. In a 2015 interview with Dish Nation (via Cinema Blend), the actress expressed hope that she'd be included in Civil War or another Tony Stark outing. "My fingers are crossed. I'd love to be Pepper Potts again at some point in my life," Paltrow said. But just a few weeks before Civil War hit theaters, The Wrap debunked rumors that Paltrow had been included in some reshoots of the film. Paltrow's presence wasn't requested for Civil War , though it's not clear exactly why that is. Maybe the timing didn't work out for the mother and lifestyle guru. Or maybe Pepper's habit of talking sense into Tony would have stopped the conflict before it started.

I really hope that Pepper wasn't jettisoned for good just to give Tony a new love interest, even though his appreciation of Peter Parker's Aunt May did generate a few giggles in Civil War. Chris Hemsworth's Thor and Mark Ruffalo's Bruce Banner weren't on the Civil War cast list either, but they're still in the Marvel family. It sounds like Paltrow would be receptive to future invitations to make up with Tony and come out and play with the Avengers again. Maybe she'll get her chance in the upcoming two-part epic, Infinity War.