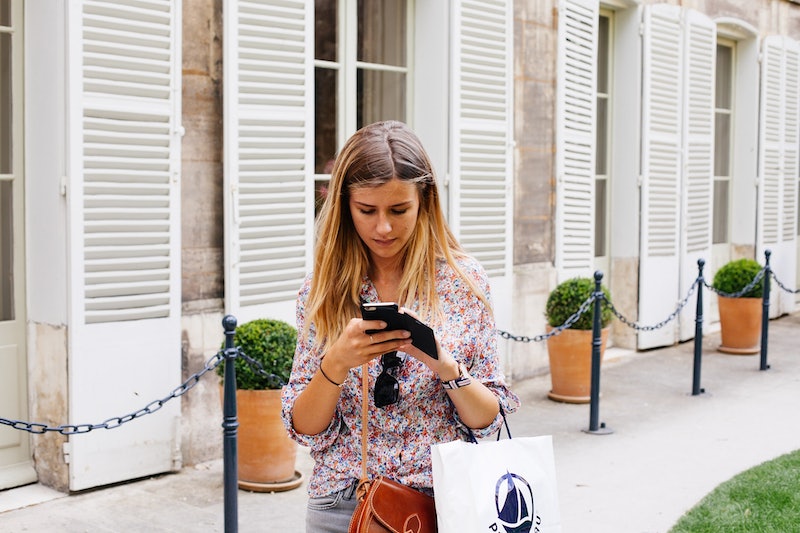 Given that I recently celebrated a birthday, I don't need any help feeling my age. However, since talk about Millennials is a mainstay in headlines these days, I routinely feel ancient upon realizing (over and over again) that I don't relate to many of the supposed touchstones for my generation. That's because there are certain things older Millennials don't understand about younger Millennials. We may share the same generational bracket as our '00s kid cohorts, but the reality of the matter is that we " aging Millennials" are a microgeneration unto ourselves. Some of the things "kids" these days are doing and saying simply leave us perplexed — and, yes, we realize that makes us sound old AF.

This all stems from the fact that we came of age on the cusp of Millennialhood. Those of us born in the '80s fall into an annoying gap between the Gen X'ers before us and the younger Millennials after us. While we relate to a bit of both, we largely feel stuck somewhere in the middle. This actually makes a ton of sense if you think about it, since the time span defining the Millennial generation stretches from the early '80s all the way up to the early 2000s. That's a big ol' chunk of time, rife with change. The very fact that I fall under the same umbrella culturally as someone born 15 or 20 years after me suggests there are flaws inherent to this Millennial-lumping logic.

Still, I'm proud to be part of a generation known for being socially aware, diverse, and inclusive. In fact, I think there's much we can learn from each other. Besides, if we don't have each other's backs, who will? So while as an older Millennial, I may not understand the following things about my younger comrades, it doesn't mean I don't think they're hella cool.

WTF is phubbing? By the time I finally figured out how to use "on fleek" in the appropriate context, it was dated and you whippersnappers were onto the next term that will undoubtedly be added to the Oxford Dictionary next year. What about bae? Is that still a thing? The struggle is real, as you would say.

2. How Anyone Could Possibly Prefer Hannah Montana To Clarissa Darling?

Seriously, though. I suppose Melissa Joan Hart's Clarissa was a bit before your time, while Miley Cyrus' Hannah Montana was smack dab in the middle of it. But still. Clarissa was — how do I put this in terms all Millennials will understand? — bae.

In terms of female figures in pop culture, older Millennials refer to their circle of friends in relation to who is the Carrie Bradshaw or Samantha Jones, or Blair or Serena, or Rachel or Monica. My younger Millennial cousins discuss in great detail who in their social circle is the Kylie and who is the Kendall, and I just don't get it. The obsession is lost on me.

You guys, I feel like you are doing yourself a disservice here. If you're going to such great lengths just to ask a chick out to prom, you're setting the bar pretty high for every other special occasion in the foreseeable future. By the time you propose marriage, you better just plan on chartering a jet to Bali.

5. The Deal With Vampires

Sure, older Millennials had Lost Boys, Buffy, and Interview with a Vampire. But younger Millennials have taken the bloodsucking obsession next-level with the Twilight series, The Vampire Diaries, The Originals, and, well, the list goes on. Can we get a new genre now?

6. What You've Got Against Gluten

Yes, there are people with legitimate problems digesting gluten. Celiac disease is no laughing matter. But gluten is basically a four-letter word these days, with plenty of younger Millennials adopting a gluten-free or low-carb lifestyle ... just because. And that's fine — you do you and all — but since I grew up during the heyday of Zebra Cakes and Dunkaroos, this fad is literally hard for me to stomach.

Admittedly, I find Tinder and other sites like it fascinating. What is this "swiping right" you speak of? While I'm sure there are older Millennial singles out there who are well-versed in these dating apps, their younger peers don't even remember a time when meeting a potential date at a bar was the key to finding everlasting love.

Yes, older Millennials love technology too. It's far more convenient now than it was during the days of dial-up. Having said that, dear god is it exhausting. All the apps to keep up with, the constant status updates ... I've never posted a story on Snapchat, and I rarely remember to post a picture of my food. I'm too busy eating it.

True story: I am decidedly not fluent in emoji. I think they're cute, and I'm all for a well-timed praise hands. But the only reason I know what the eggplant really stands for is because James Corden told me so, and I have to Google half my convos with my younger cousins.

The chokers, the Spice Girls, the flannel, the feminism — why would we ever want to leave such a glorious era behind for good? We get that you were too young to really remember it, but c'mon, just sit back and live vicariously through our nostalgia, will ya?

More like this
The 'Kenan & Kel' Reunion On 'SNL' Took A Dramatic Turn, Thanks To Keke Palmer
By Brad Witter
The First Trailer For 'That '90s Show' Includes So Many Nods To The Original Series
By Jack Irvin, Alyssa Lapid and Grace Wehniainen
These Are The 3 Most Mellow Zodiac Signs
By Kristine Fellizar
Heinz Just Relaunched A Bean-Tastic '90s Fave
By Sam Ramsden
Get Even More From Bustle — Sign Up For The Newsletter