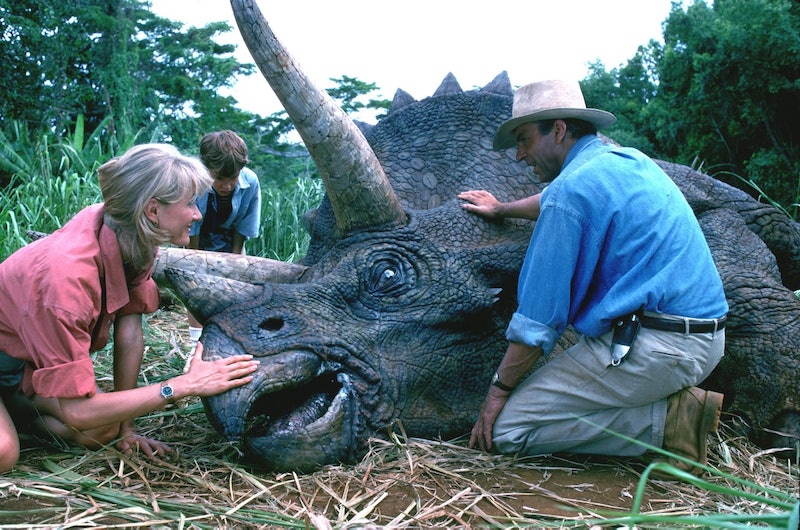 If you were born in the early '80s, like me, you likely identify just as much with the Gen X'ers who came before you as you do with the '00s kids sharing your generational label — one of many signs you're an older Millennial. 'Cause, really, what exactly is a Millennial? When it come to buzz words of the 21st century, "Millennials" has to be somewhere near the top of the list. From headlines to memes there is much ado about our generation, from thoughtful discourse on what makes us tick to scathing commentary on, well, what makes us tick. The truth, though, is that Millennials cover a span of time that was markedly different throughout due to the emergence of technology. Thus, the concept of the microgeneration was born and, with it, we older Millennials finally got a pseudo-bracket of our own.

To be honest, it's difficult to even pinpoint a universal time frame for definining Millennials. However, most sources cite it as the generation born anywhere from the early '80s to the early 2000s. Think about it — that 20 year time span was chock full of shifting culture. As a Millennial born in 1983, my perspective of the '90s is wildly different from, say, my Millennial cousin born in 1995. That's not to say we don't have any commonalities. While younger Millennials may not have experienced things the same way we older Millennials did, it doesn't mean they don't remember some of those things. And it certainly doesn't make any one group superior to another. We're all pretty effing rad, if you ask me.

Still, in case you've been floundering in the purgatory of a Millennial identity crisis, here are some sure-fire signs you're an older Millennial. Welcome to my bracket, peeps.

While it's possible you fall under the old Millennial umbrella if you were born in the '90s, you definitely fit the bill if you were an '80s baby.

2. You Were An AIM Ninja

The transcript of your formative years would include a copious amount of text roses (@>—-,—- 4 lyfe) and vague yet provocative song lyrics.

3. And You Killed It At Mario Kart

4. But You Squirreled Away Your Allowance For A Playstation

As in the very first Playstation. As in, yes, you were old enough to remember a time before the PS4's — or even the PS3's — glorious graphics.

5. You Got Your First Email Address Back When Everyone Had Hotmail, Yahoo, or AOL

This coming from bluejeanbaby AT hotmail DOT com. Gmail didn't go into beta until 2004, and it wasn't rolled out to the public until 2009 — at which point older Millennials had been emailing for well over a decade.

6. You Didn't Legitimately Start Texting Until High School Or Even College

And you got busted at least once by your parents for astronomical phone bills, seeing as texting at the time cost, like, 10 cents PER TEXT.

7. You Can't Unsee Jordan Catalano When You Look At Jared Leto

Furthermore, why would you ever want to?

You came of age during the end of the Walkman era, felt cool as hell when you got a Discman, and contend to this day that your Spotify playlists are perfection resulting from decades of mixing.

9. You're Still Convinced You Could Have Found Carmen Sandiego

You were 97 percent certain you would have blown every other contestant away by answering that quintessential '90s question: Where in the world is Carmen Sandiego?

By that, I obviously mean for Jesse Camp to be the new MTV VJ, for which M&M color should replace tan, and for Kelly Clarkson to be the first American Idol .

11. It Was Considered Strange If You Did Bring A Laptop To Class

While younger Millennials have grown up with technology essentially sprouting out of their fingertips, older Millennials were kind of a big deal when we lugged our mammoth laptops to college classes.

12. You Did The Macarena At School Dances — Non-Ironically

In the words of Forrest Gump, "That's all I have to say about that."

13. You May Or May Not Still Have A Few Netflix DVDs In Your Possession

14. You Understand Snapchat And Vines, Uh, Sort Of

I mean, you've downloaded the app. You've even Snapped. Wait, is that the correct terminology? God, I'm old.

While you're probably fans of both, you're a Potterhead through-and-through.

Not when this fad circled back around, but during the Grunge Era. Most likely with a choker and a high-top pair of Converse All-Stars or Docs.

Judge not, lest ye be judged. We've not begrudging any young folks their Jesse McCartney or Justin Bieber obsessions.

18. Fridays Haven't Been The Same For You Since TGIF

Although, admittedly, #TGIT is softening the blow with our new favorite block of TV: Grey's, Scandal, and How to Get Away with Murder.

19. You Were Once The Proud Owner Of A Pager And A Razr

Your motto back during middle and high school was basically, "Motorola, take my money." Or, er, my parents' money.