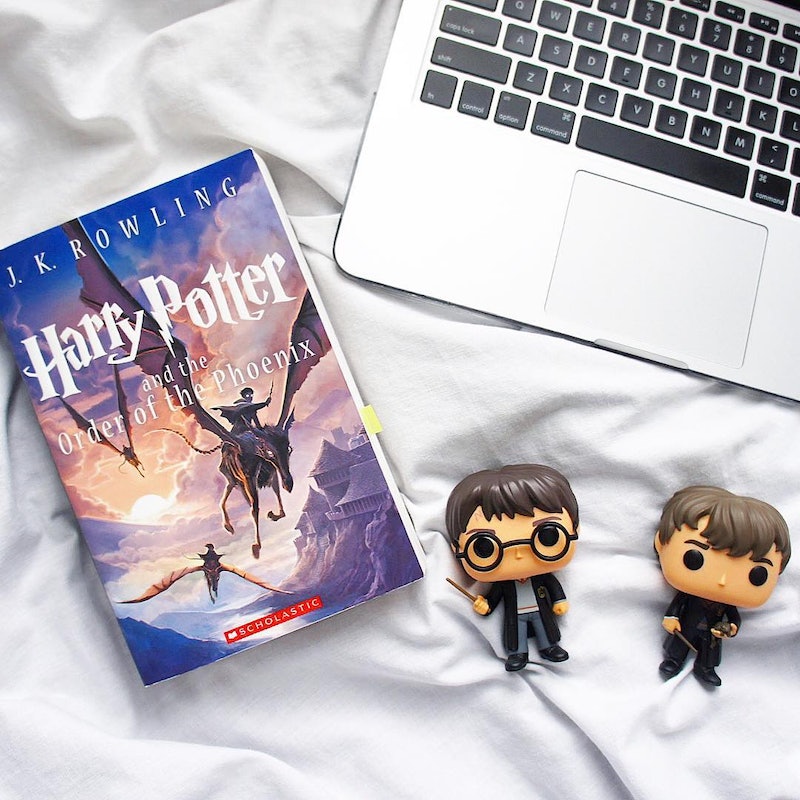 Say what you will about swearing, but sometimes, nothing is more satisfying than screaming out a long list of cuss words to get your frustration out, even for book characters. Not all authors go for the traditional four-letter swears that we all know and love, though, and some of the best fictional curse words from literature are completely made up. It sure made swearing as a kid a whole lot easier.

From basic world building to censoring to adapting a work for a younger audience, there are a lot of reasons an author might choose to replace traditional curse words with fictional ones. Whether they're to make a YA "more appropriate" for young readers (though, what young reader today hasn't heard their fair share of bad language) or to make an alternative reality more believable, made up curse words enrich stories in new and unique ways.

Love them or hate them, made-up swear words are a part of the world building process, and they even help expose, if not explain, more of the fictional culture within the story. Not to mention, some of them are down right hilarious. The next time you feel the urge to let your aggression out with swear-filled rant, try replacing them with one of these 11 fictional curse words from books. Some will satisfy your craving to curse, others will make you laugh out loud, but all of them are fun to say, trust me.

In addition to exclaiming "Light!" rather than swearing "God!" the characters in Robert Jordan and Brandon Sanderson's The Wheel of Time series shout out things like "Blood and ashes!" It's got a nice ring to it, doesn't it?

When writing the Maze Runner series, James Dashner didn't just create a new disease, government, and entire alternate world, but he also made up an entire set of slang and swear words for the characters in it. Among them are "Shank," an insulting term to call someone, and "Shuck," a exclamatory swear word that rhymes with one of our own swear words.

Though not exactly a swear word, the term "Mudblood" from the Harry Potter series is about as offensive as fictional words get. On the surface, it simply refers to a magical person being born to Muggle parents, but it's meant to be a biting insult, one that Malfoy is all to happy to use throughout the books. Can you really blame Hermione for punching him over it?

In a fantasy world so complex, so well built, and so detailed, are you really surprised to find out that Sir Terry Pratchett also made up his own words, including curse words, for the Discworld series? Among the best are "Ach crivens," which can be yelled out at any time you find yourself or your universe in peril — or, you know, if accidentally send an email too soon.

Although A Clockwork Orange is among my favorite books, it took me a few chapters to really start to get into the story because of the made up language the characters used. Author Anthony Burgess created an entire set of vocabulary, nadsat, that Alex and the other hooligans in the novel use constantly. Among the better curse words are "Bratchny," which roughly means bastard and is often what I mutter to myself when my internet isn't going fast enough.

Perhaps one of the funniest fake swear words, "Belgium" is, according to Hitchhiker's Guide to the Galaxy , "the most offensive word in the galaxy." Only appearing in some versions of the book and in the film, "Belgium" is a substitute for a certain four letter F-word that is probably a lot more offensive than the name of a country best known for its waffles and chocolate.

Beth Revis got pretty creative when making up new curse words in Across the Universe. Rather than using other, more familiar four letter words, she made one up herself: frex, as in "you can go frex yourself." This is a word you might actually want to consider using.

If you can't say one f-word, replace it with two. That's what Joseph Heller did in Catch-22, where he used the phrase "ficky-fick" in place of a more familiar sexual expletive. And, because he likes f-words so much, Heller also used "Furgle" as a swear word. I think he got his point across.

The name of the fictional sun in Richard Adams's Watership Down, "Frith" is a made-up expletive that is similar to taking a god's name in vain. See, even fake words can be blasphemous.

Leave it up to George R. R. Martin to make up an ambiguous fictional swear. "The Others take you" may sound like an innocent, albeit creepy, phrase, but it's actually more vicious than it sounds. Roughly translated, it means "Go to hell." The next time someone really bugs you, go ahead and tell them where they can go.

In several of Brandon Sanderson's novels for both adults and YA, he forgoes traditional cursing and creates an entire dictionary of curse words. Among my favorite is "Sparks," which appears throughout his Reckoners series, and can be used in place of other quick phrases of frustration or dismay; it just sounds so much more friendly.