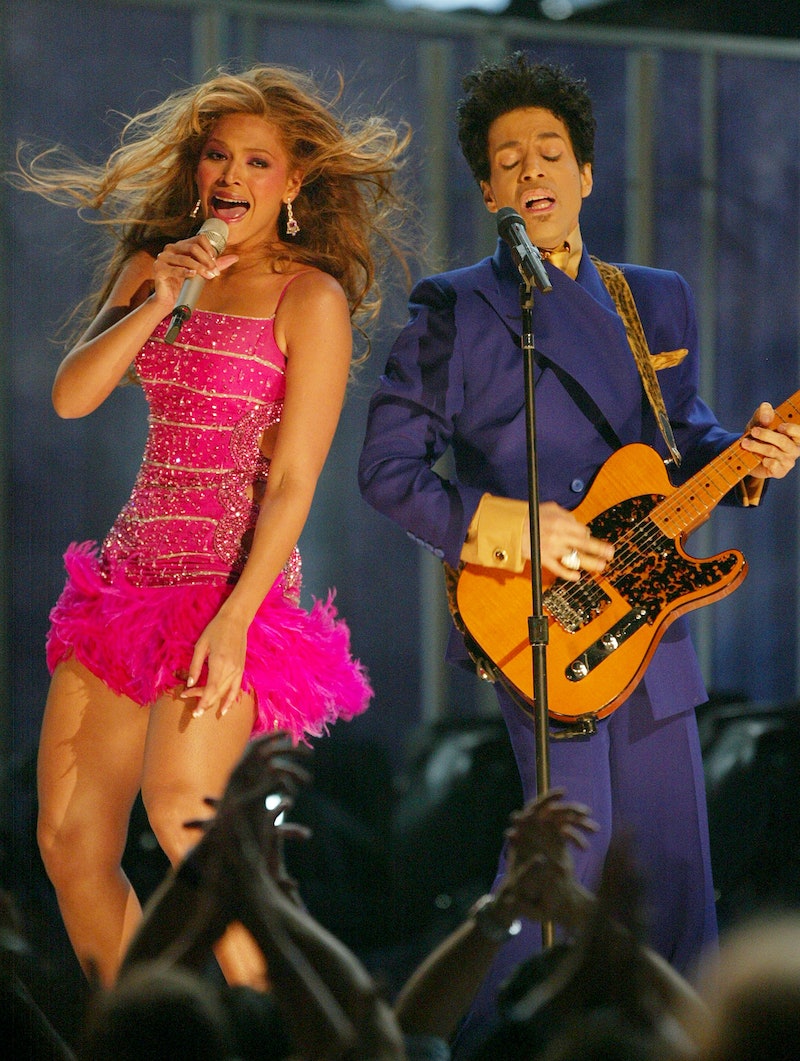 At the 2011 Glastonbury festival, Beyoncé covered Prince's "The Beautiful Ones" and mashed the tune with Kings of Leon's "Sex On Fire." Following the death of Prince, an icon in every way, shape, and form — and sometimes without shapes and forms — Beyoncé decided to cover the Purple Rain track yet again. This time, however, the cover means so much more. At the Dallas stop of her Formation World Tour, Queen Bey honored His Royal Badness on her own, under one solitary spotlight. Bey's performance of "The Beautiful Ones" is exactly what you'd expect, a stunning, chill inducing performance from one icon of musical royalty to another.

Two weeks ago, Bey opened her Formation World Tour by honoring the late singer. Before Beyoncé started her own performances, she flooded the stage in purple light and played "Purple Rain" so audience members could sing along. According to US Magazine, "The entire screen turned purple, as fans at Miami's Marlins Park waved their lit cell phones in the air and sang along to the music." Later in the show, she covered Vanity 6’s “Nasty Girl,” a hit track that Prince both wrote and produced in 1982. Watch Bey performing "The Beautiful Ones" below and be prepared for some chills.

Fittingly enough, Prince's "The Beautiful Ones" is a song about unrequited love, with lyrics that fit into the themes and motifs present on Bey's latest album, Lemonade. Lyrics like "Don't my kisses please you right/ You were so hard to find/The beautiful ones, they hurt you every time" seem to echo the same sentiments Bey shares in "Don't Hurt Yourself" when she sings "Beautiful man, why are you lying?" The question Prince asks in "The Beautiful Ones" — "Do you want him?/ Or do you want me?" is strikingly similar to Bey's own thoughts throughout Lemonade. "He only want me when I'm not there/ He better call Becky with the good hair" from "Sorry" isn't far off from Prince's inquiries about love and desire.

Bey's "The Beautiful Ones" tribute confirms what we already knew to be true: That despite the loss of such a legend, Prince's influence lives on.