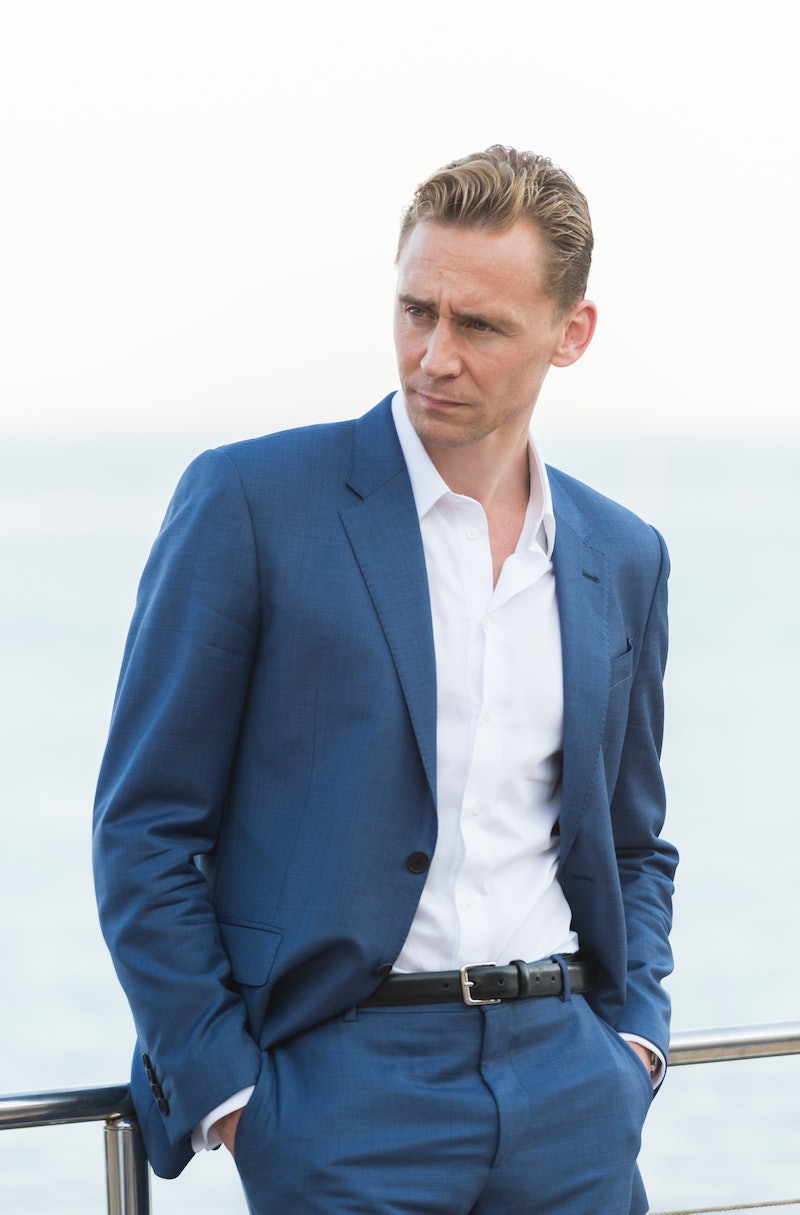 By now I'm sure most of you have undoubtedly noticed how insanely sexy Tom Hiddleston is in The Night Manager and just really in life in general. I mean, this is just an undeniable fact at this point, and we should all just accept it. So, naturally, when Tom Hiddleston had a sex scene in The Night Manager episode on Tuesday, it was enough to send me spiraling into a perpetual state of swooning. Barely any clothes came off in the scene (with the exception of a small glimpse of his beautiful backside) and yet it still felt sexy AF. Why is that, you may ask? Because Hiddleston knows what he's doing.

We're talking about a guy that can make complex math equations like Einstein's Theory of Relativity and the value of Pi sound like sultry song lyrics. So, is it any surprise that even a non-shirtless sex scene from him would be enough to quicken your pulse? (Are we sure this man is actually real?) But, just in case you need a little further proof of Hiddleston's ongoing sex appeal, I've rounded up the actor's sexiest moments on The Night Manager for good measure, which is just basically any time he's on screen. (Warning: excessive drooling may occur.)

When He Brought Jed Flowers To Cheer Her Up

Granted, he used this as an excuse to rifle through hers and Roper's belongings, but STILL. If you ever had to find a surprise visitor in your bedroom, this isn't a bad option.

When He Had His Game Face On

When He Smiled & The Whole World Fainted

Suiting up never looked so good.

When His Nightmares Left Him All Hot & Sweaty

He may not have been having the greatest time in this scene, but it certainly was enough to jumpstart my heart rates and wish that I was there to comfort him.

Whenever He Drew Attention To His Mouth

When He Was Great With His Hands

I think we can all agree that this guy's got some serious skills. (Taking a quick cold shower now. BRB.)

When He Was All Broody & Serious

It's like those blue eyes are able to pierce my soul.

Good luck concentrating on anything else for the rest of the day. You're welcome.